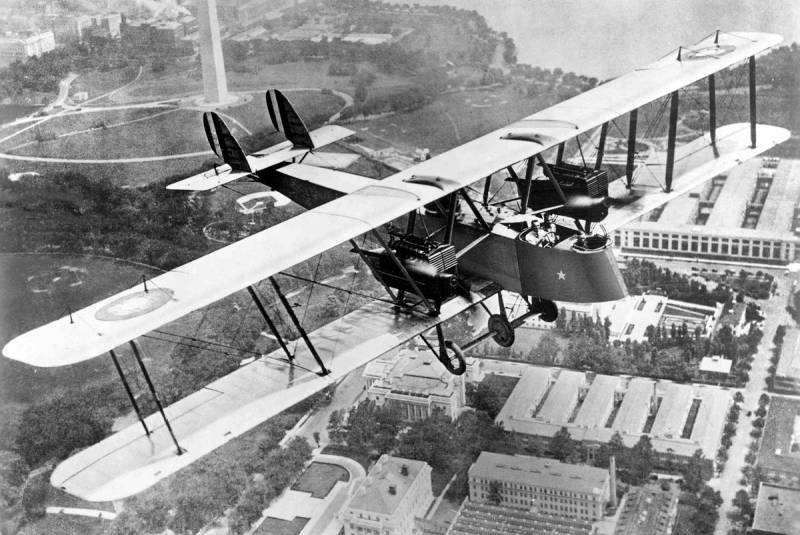 Exactly 100 years ago, on January 17, 1918, a bomber appeared in the United States aviation, which later, as you know, played an important, and sometimes a decisive role in many armed conflicts of the twentieth century. On this day, the US Department of War entered into a contract with Glenn Martin Company to build the first US Martin-1 MB-XNUMX bombers.

Interestingly, the contract for the supply of ten serial machines was concluded long before the first flight of the prototype, which took to the 17 in August of the same year. Contrary to the well-known saying, "the first pancake" was quite successful. MV-1, equipped with two Liberty 400-powerful engines, developed a maximum speed of 170 km / h, comparable to the speeds of the fighters of that time, could lift up to a ton of bombs (overload - 1360 kg) and had three turret machine guns for self-defense. The crew consisted of three people.

Unless, the flight range was small for a car of this class - only 620 km. It could increase to 900 km by reducing the bomb load, but in this case, the plane took on board just 1000 pounds (450 kg) of bombs. However, it was much more than the average combat load from which the Ilya Muromets bombers flew.

The first production copies of the MB-1 left the factory workshops in October 1918 of the year, three weeks before the end of the war, so the plane did not hit the front. But his release continued after the conclusion of a truce. After 20 instances of the MB-1 were built into the series, its modified version of the MB-2 was launched. The aircraft of this modification was made much more - 110 pieces. Some of them were released in the version of photo prospectors. The MB-2 differed from its predecessor in a simplified chassis design with two wheels instead of four, the installation of motors on the lower wing and the wingspan increased by a meter, which were made foldable for easy storage.

MB-2 formed the basis of American bomber aviation in the first half of the 1920-s. But their wooden construction with linen covering did not imply long-term operation, therefore by the end of the decade all of them were written off. A decade for the United States turned out to be extremely peaceful, therefore these machines did not participate in any military conflict. On the screen saver - MB-1 in flight over Washington. 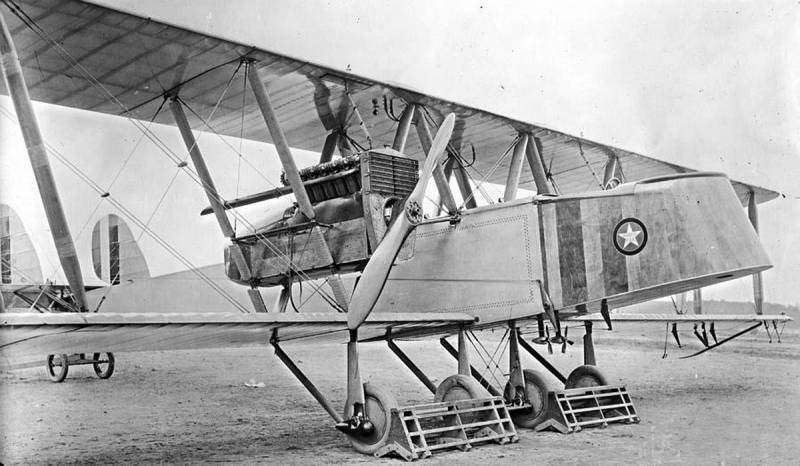 The first prototype of the CF-1.

MB-1 on trial. On the nose is temporarily installed air pressure receiver rod.

One of the serial machines. 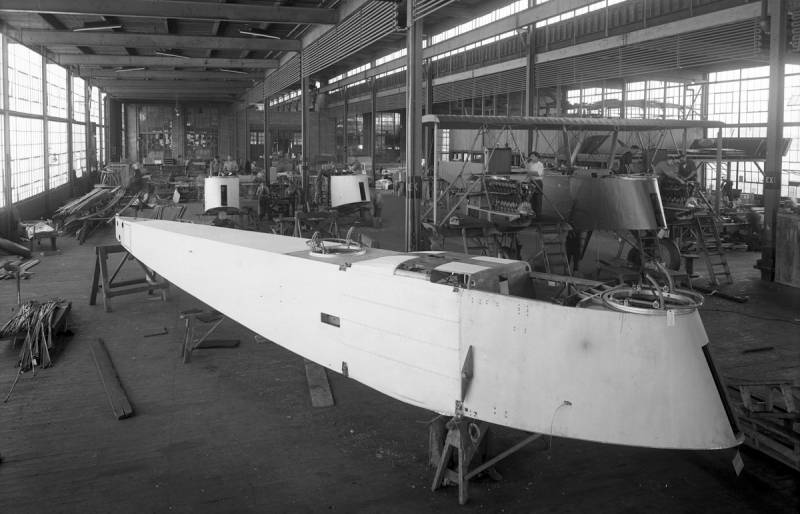 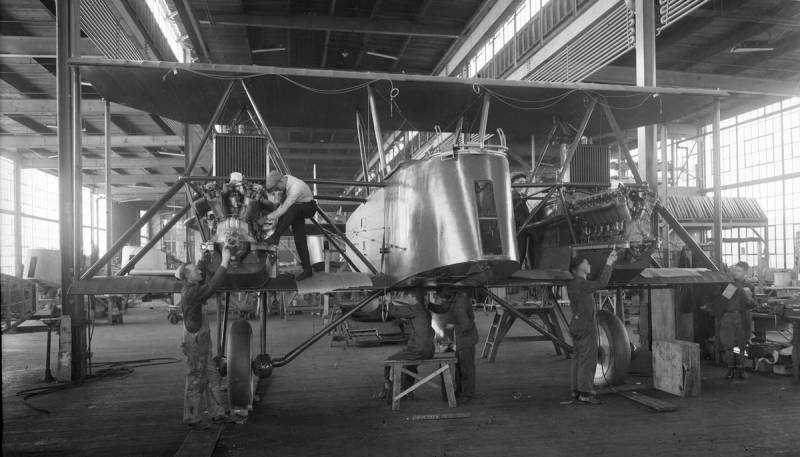 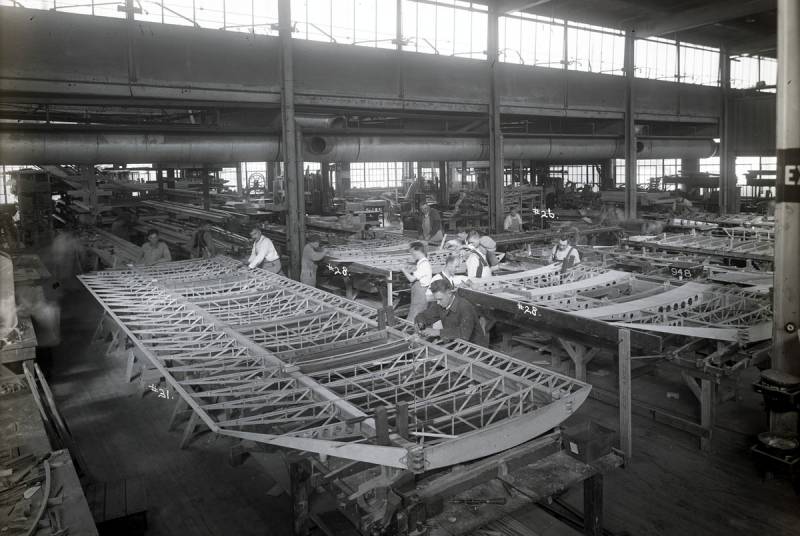 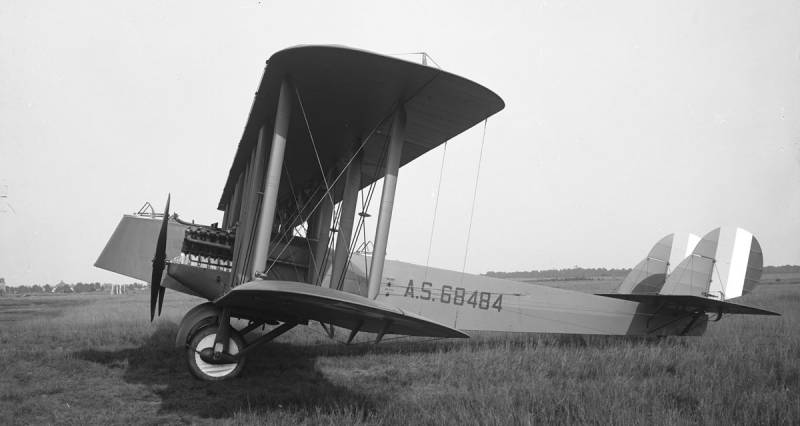 "Martin" MB-2 at the airport. Note the differences with the MB-1 in engine installation and in chassis design. 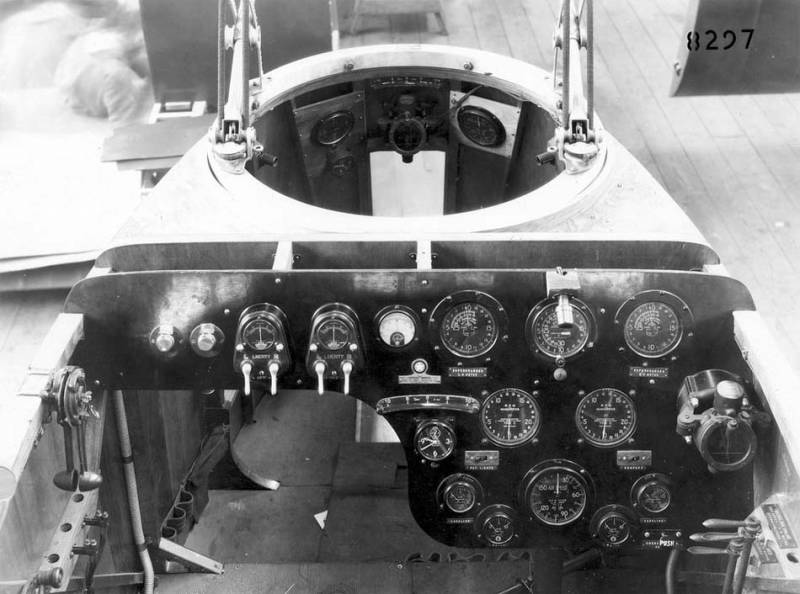 Cockpit MB-2, windshield is not installed. On the left you can see a manhole in the cockpit of the navigator-scorer, he is also the front shooter.

Ctrl Enter
Noticed oshЫbku Highlight text and press. Ctrl + Enter
We are
An-12 in AfghanistanHistory of Soviet Aviation. Polikarpov P-1 - the first serial Soviet aircraft
11 comments
Information
Dear reader, to leave comments on the publication, you must to register.