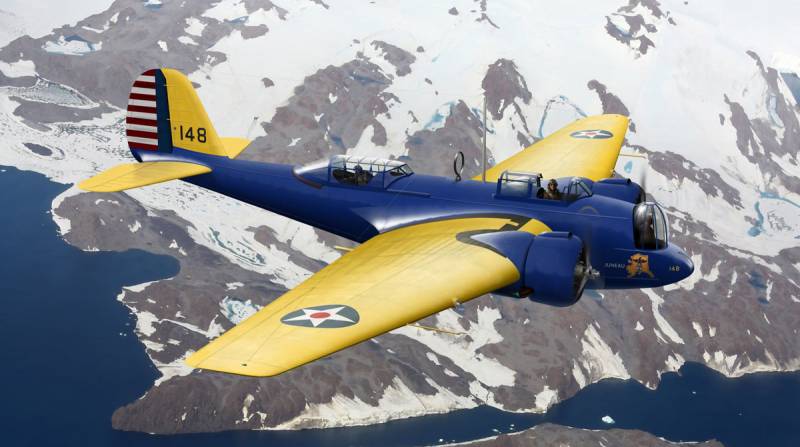 В stories aviation sometimes there are very interesting coincidences, here is one of them. 85 years ago, on January 17, 1933, that is, exactly 15 years after the conclusion of the agreement by the US War Department and the Glenn Martin Company on the construction of the first American bomber, the same company received an order from the same department for a high-speed bomber " Martin "B-10 (factory designation" Martin-139 ") - the world's first aircraft of this type.

By comparing the MB-1 and B-10, you can see what an enormous step forward the aircraft industry has made in these 15 years. If the MV-1 was an angular veneer-linen "bookcase" with a whole forest of pillars and braces between the wings, then the B-10 was a full metal monoplane with smooth contours, smooth skin, retractable chassis and closed cabins. The number of crew and weapons remained the same: three people, 1000 kg of bombs and three machine guns, but at the same time the speed and ceiling more than doubled: from 170 to 350 km / h and from 3140 to 7375 meters. And the range with a bomb load is more than tripled - from 620 to 2000 km.

It should be noted that the fastest at that time American fighter "Curtiss" P-6 accelerated only to 320 km / h, the English Bristol "Bulldog" - to 330, and the Soviet I-5 - to 280. Monoplane high-speed fighters have just been developed. However, the war in those years did not even smell, and therefore the outstanding characteristics of the B-10 were not used.

"Martin" B-10 was produced before the 1938 year. A total of 342 aircraft was built (including an improved modification of the B-12), of which more than half was exported. 35 machines were purchased by Argentina, 20 - Turkey, six - Thailand, and most of all - the Netherlands - 120 units, all of which were intended for use in the Far East. One machine in the 1937 year for acquaintance acquired the USSR, but the Soviet experts did not find anything interesting in it, noting only the surprisingly high, by our standards, the quality of assembly and manufacture of individual parts.

By the beginning of the Second World War, due to the proliferation of high-speed fighter aircraft, for which B-10 / 12 were no longer invulnerable, the aircraft was morally obsolete, so the Americans did not use it in battle. However, the Thai and Dutch "Martin" in 1941-42 had a chance to make war. The first is against the French in Indochina, and the second against the Japanese over Indonesia. At the same time, Dutch cars showed themselves well, sinking several Japanese ships, including the destroyer Sinonomy. But the losses, quite naturally, turned out to be huge. The Japanese easily destroyed the Dutch bombers on the ground and in the air. The weak defensive weapons of the Martins could not protect them from the deadly Zero attacks.

By 1 in March, 1942 of the Martinovs remained in the ranks of about a hundred before the start of the war, and before 16 in March, when the remnants of the Dutch troops were evacuated from Java to Australia, only one survived. The Japanese captured on the 8 airfields, damaged and defective Martins. 13 of them subsequently presented to Thailand, who was then an ally of the Yamato empire. However, they no longer had to fight. Thais, I must say, was lucky. During the Cambodian campaign, their bombers never met the French interceptors, so there were no casualties. 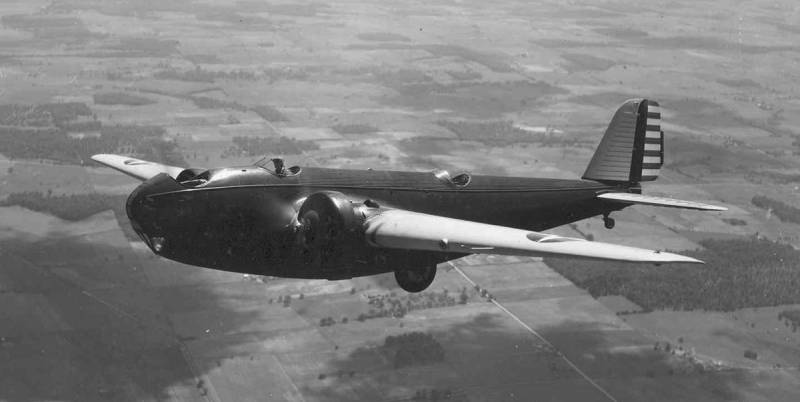 The first prototype of the B-10, bearing the factory designation "Martin-123" and the army - XB-907. The cabins are still open, the weapons have not been installed, the narrow ring hoods of the Townend are worn on the motors. This aircraft first took off in January 1932. 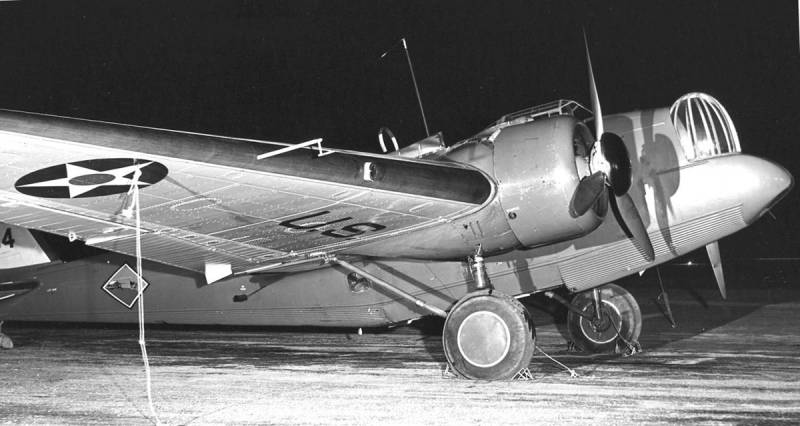 B-10 at night on a snowy runway. The plane is equipped with original flat plates in the form of plates that protected the engines from overcooling in frosty weather. 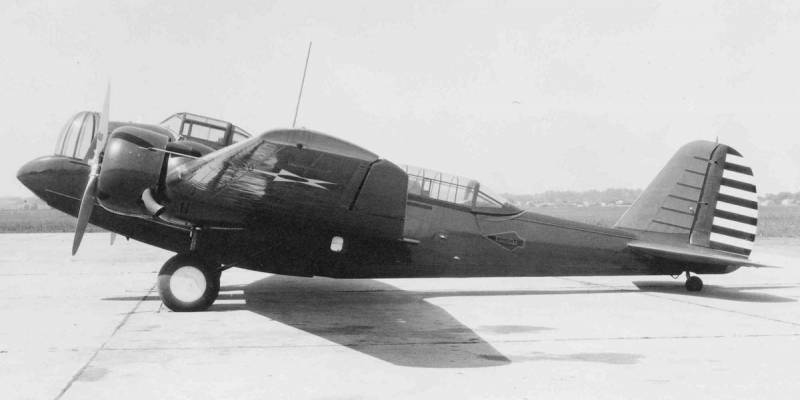 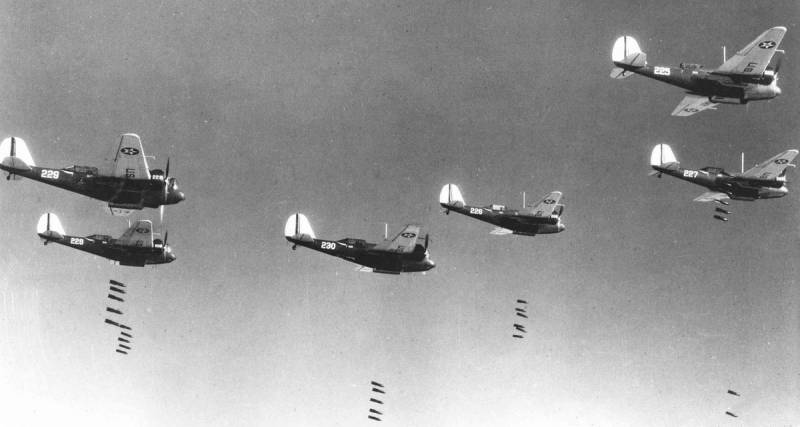 Dutch "Martin-139WH-3". The aircraft of this modification had a dull nose and a very long lantern of the "greenhouse" type. On the car marked pre-war identification marks. 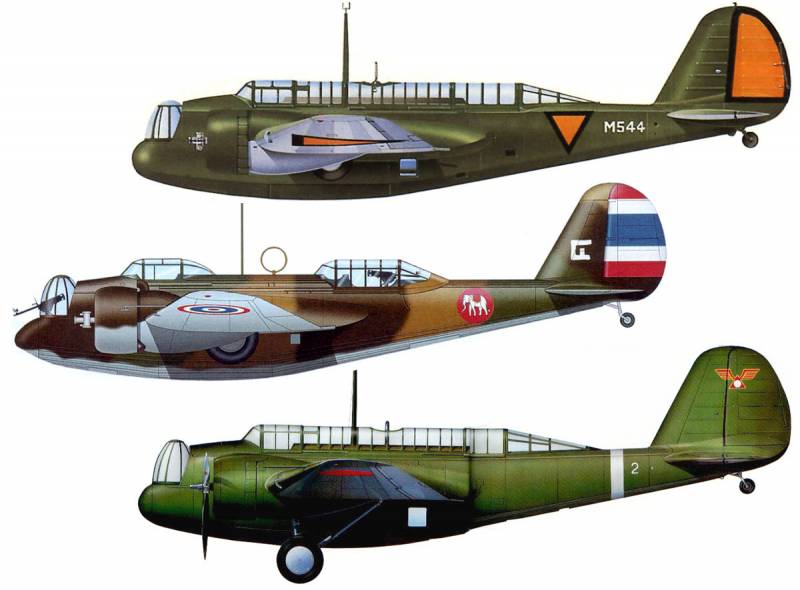 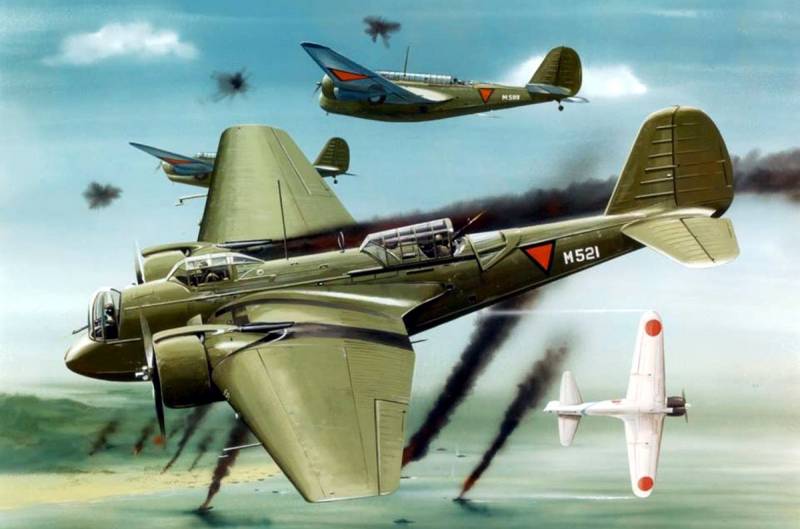 Netherlands "Martins" in battle. In the foreground - the machine modification WH-1, which apparently did not differ from the US.

One of the five survivors of the Thai-made Martins, who remained in service until 1949. Next - the plane of former opponents - the American Douglas C-47 transporter.

Ctrl Enter
Noticed oshЫbku Highlight text and press. Ctrl + Enter
We are
Air Force Red Army against the Luftwaffe. Bombers. Part of 1An-12 in Afghanistan
7 comments
Information
Dear reader, to leave comments on the publication, you must to register.