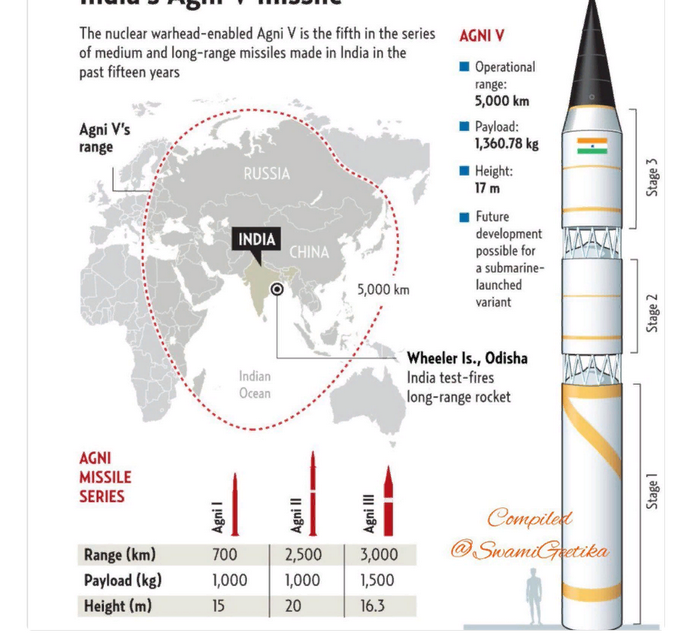 The rocket is capable of hitting targets at a distance of 5 thousand. Km. Thus, its radius of action covers, in particular, the largest part of the territories in the north of China, Indian media say.

The rocket was launched from the landfill on the island of Abdul Kalam (Orissa).

Today we conducted a successful test of an intercontinental ballistic missile Agni-V
- The media cite the words of the Minister of Defense of India Nirmala Sitharaman.

Ctrl Enter
Noticed oshЫbku Highlight text and press. Ctrl + Enter
We are
India successfully tested the Agni-3 ballistic missileWith the help of Russia, India will soon join the group of countries possessing ICBMs.
19 comments
Information
Dear reader, to leave comments on the publication, you must to register.