January 18 2018
36
Moldovan President Igor Dodon believes that the draft of the clause on withdrawing from the CIS proposed by the liberals is very risky for the republic, reports RIA News. 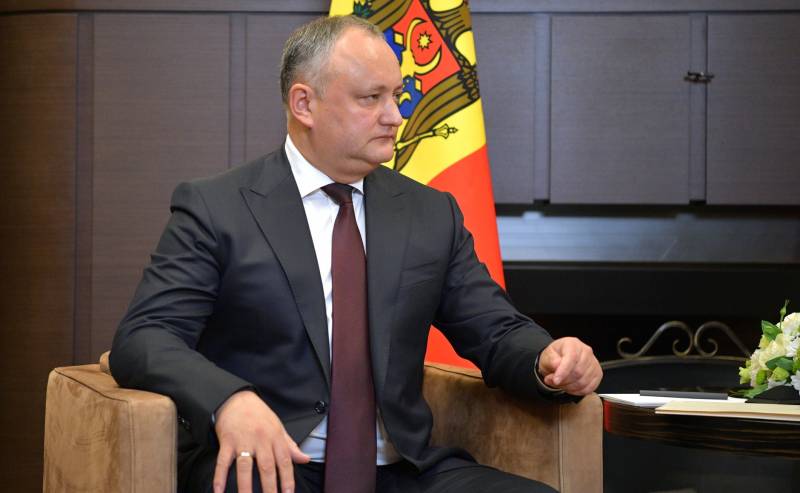 Previously, the faction of the “Liberal Party of Moldova”, which has 101 deputies in the 9-local parliament, has registered in the legislature a project on the country's withdrawal from the CIS.

We are closely following this. This is a very, very risky project ... It should be understood that withdrawal from the CIS is the suspension of all existing agreements,
said Dodon on local television.

According to him, this step will affect "the order of 600 thousands of Moldovans who work in Russia."

However, even if “we assume the worst scenario that the parliamentary majority will vote for this project, the exit from the CIS will not happen before the parliamentary elections”, which are expected in Moldova either this autumn or at the beginning of 2019, the president said.

The procedure for leaving the CIS is given 12 months, he explained. At the same time, Dodon is confident that after the elections the situation in the republic will change.