Syria had to be bombed back in 2013 year: French analyst indignant

January 18 2018
68
Bombing Syria back in the 2013 year is what needs to be done. Obama did not do this and made a big mistake, says French expert Bruno Tertre. 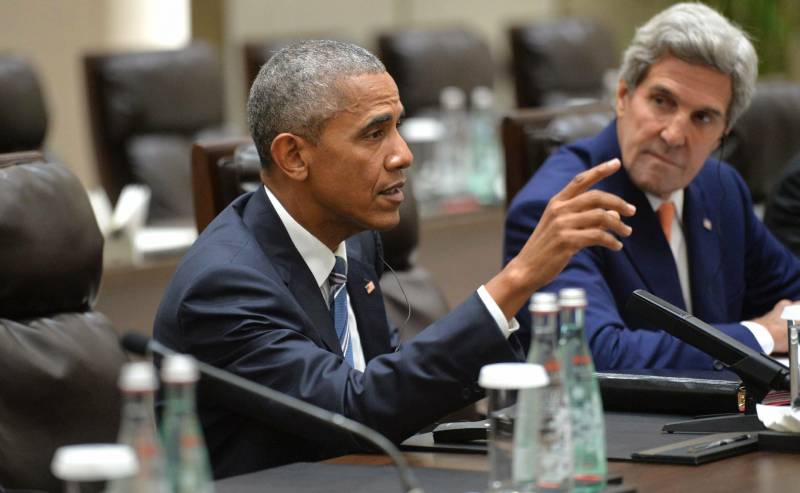 French geopolitical expert, Deputy Director of the Foundation for Strategic Studies Bruno Tertre (Bruno Tertrais) believes that the refusal of President Barack Obama from the bombings of Syria after the Himataki is regrettable. Rejecting the idea of ​​bombing, President Barack Obama broke his own promise and thereby not only strengthened Bashar Assad, but also “built a springboard for IG (prohibited in the Russian Federation). In addition, Obama ruined US relations with partners and weakened the authority of his state in the world.

This expert said in an interview with "Le Figaro". According to an expert who leads the site "InoTV", US President B. Obama, despite promising not to leave himataks unpunished and intervene if the red line is crossed, in fact, "hesitated." After all, other promises, namely about the end of the American wars, helped B. Obama to win the presidential elections in the USA. “Obama feared that the attacks on Syria would involve the United States in yet another unsolvable conflict, and also that they would have negative consequences for his strategy of rapprochement with Iran,” said Tertre in an interview.

Obama’s “reverse”, the analyst believes, cost the United States dearly in terms of global reputation. Moreover, the White House “built a springboard for the IG, plunging the rebels into hopelessness.” The expert explains the emergence of jihadist structures in part by the “consequence of a sense of abandonment.”

Finally, the behavior of the United States under Obama made the Gulf countries think about the "effectiveness of the American protectorate." As a result, US influence in the Middle East has weakened. Conclusion: Obama lost on both fronts.

Further, the expert rests on the fact that Paris has already prepared everything for the bombing of Syria. Obama's refusal of the bombing brought discord in US relations with France, or rather, Obama with Hollande. “Paris was expecting,” says Tertre, “that a symbolic military strike would change the course of the war. Finally, France wanted to return to the game in Syria. When the Americans backed down, the French leadership was shocked. ” As the analyst recalls, in 2013, in France, everything was ready to strike: “The tankers were in the air, and the planes were on the runways, ready for takeoff. The persons in charge were very determined. ”

Through all the interviews of the French specialist, we note the thought of the bombing of Syria, which supposedly would save the planet from the appearance of the "Islamic State", runs through the thread. Similar methods of fragmentation of democracy across the planet were previously used in Libya. Obama was then configured differently and the "rebels" supported, and Madame Clinton said the famous "wow." Does it not seem to the French expert that in Libya today it is not at all the triumph of democratic freedoms?

By the way, in his last months at the White House, President Obama recognizedthat Libya was his most serious mistake. The mistake was not in the intervention itself, but in the fact that the attacking countries were completely unprepared for the consequences of the overthrow of Muammar Gaddafi.

The Frenchman should carefully study this point of view. Were NATO or LAS countries ready for Syria without Assad in 2013? Obama managed to understand this, the French analyst did not.