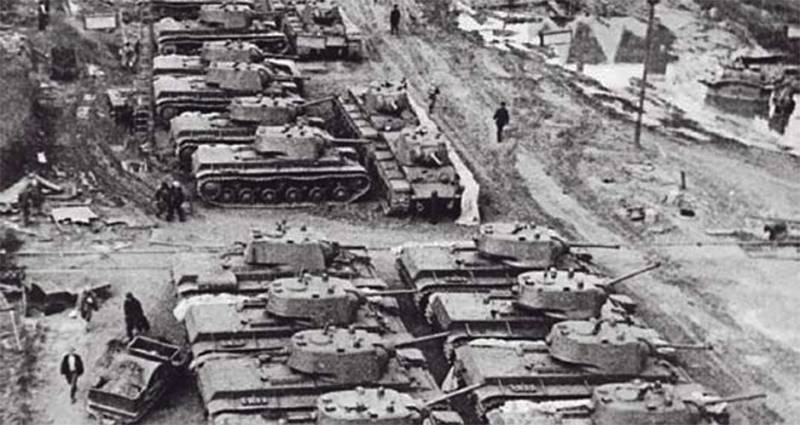 The museum of the company “CTZ-Uraltrak” celebrated the centenary of the chief designer of the Chelyabinsk Tractor Plant, the winner of the Lenin Prize, the developer of the world's first fundamentally new combat vehicle of the infantry, Pavel Pavlovich Isakov.

It is not without reason that the Southern Urals is considered the place where the country's nuclear shield was forged. But even earlier, armored powers were created here, for which Chelyabinsk received a second name - Tankograd.

Stories Many books are devoted to the city, but the “Tankograd in Faces” itself has not been sufficiently studied. Even in Chelyabinsk, few people now call at least five names of people who worked at that time at CTZ. Is that the director Salzman remember. Among the almost forgotten and designer by the grace of God is Pavel Isakov.

In January, his name was returned to the public history of tank construction and CTZ in the factory museum. Veterans of the enterprise, who worked with Pavel Isakov in different years, gathered there. And the reason for this was the centenary of the designer.

Thirty-three years, he gave the CTZ, where he came to work twice: in the war - a young engineer, then at the beginning of 50's. Under the leadership of Isakov, SKB-2 ChTZ created dozens of armored vehicles: heavy KV, DV-1, ruler from EC-1 to EC-6, T-10, BMP and several of its modifications. All machines are serial, many are still in service with the Russian army.

From the beginning of World War II, a young Leningrad engineer took part in the creation of HF and self-propelled guns. At 23, he found a solution how to place in tank KV-1S ammunition from 114 rounds of caliber 85 mm instead of 90 standard. This gave the tankers the opportunity to fire longer on the enemy.

In all modifications of heavy tanks and self-propelled guns, which were created and produced at ChTZ during the war years, was the contribution of a young engineer.

In 1946, the tank design bureau of Joseph Kotin returned to Leningrad. At the same time, Pavel Isakov also returned to his native city as deputy chief designer of the Kirov factory.

But in 1953, he again comes to Chelyabinsk as the chief designer of SKB. For two decades, under the leadership of Isakov, about ten samples of armored vehicles that have no world analogues were created and transferred into mass production. Including PT-76 (amphibious tank) and BMP-1.

At the meeting at the CTZ Museum, veterans of SKB-2 noted that if Isakov’s name says little even to most compatriots, then in reports from hot spots for several decades his offspring is regularly mentioned - BMP. In this sense, the Soviet infantry fighting vehicle and its creator are no less famous than the Kalashnikov assault rifle and Mikhail Timofeevich, who created it.

A veteran of the plant, deputy chief designer of GSKB-2 ChTZ Eric Yarovoy told how, together with Isakov, he participated in the development, testing and production of the world's first BMP: “In 1958, when I started my way at the plant, we were working on the heaviest tank in the world - weight 56 tons. This was the so-called 750 object. Engine power was a thousand horsepower. The tank was installed the largest rifled gun caliber 130 millimeters. No one else has installed them. But after the arrival of Khrushchev, the attitude towards the industry changed, the development of heavy tanks was transferred to Nizhny Tagil. We have a new theme: put the infantry on the wheels. It was necessary to create a tracked vehicle for maneuverability in all conditions — in snow, mud, slopes and marshes. The BMP must be floating, tracked, protected by armor and capable of carrying one compartment - the 11 man. The task was to create a vehicle for the transfer of troops with a cruising range of at least 500 – 600 kilometers.

At the same time, she had to protect herself: an 73-2В “Thunder” 2-mm gun was installed, firing cumulative projectiles that pierced tank armor. In the world of these machines have not yet created. The trials began in Chebarkul, continued in the Moscow region, Belarus, with their own power, the BMP-1 returned to Moscow to show Khrushchev. But by the time it was removed and the miracle of technology showed Leonid Brezhnev at the parade in Moscow in 1965 ... "

It is worth noting that the emergence of an infantry combat vehicle of a fundamentally new class has revolutionized the strategy and tactics of the Armed Forces of the USSR. Up to change of charters. After the demonstration of the Dnepr and Dvina maneuvers, the production of infantry fighting vehicles in addition to the USSR was established in Czechoslovakia and Poland, which were then members of the Warsaw Pact.

For the creation of an infantry fighting vehicle Pavel Isakov was awarded the Order of Lenin. His many years of work on the creation of the country's armor shield was crowned with the Lenin Prize, the title of Hero of Socialist Labor. Under his leadership, published a ten-volume "Theory of Tanks", which still serves as a reference book for students of specialized universities and students of military academies. Pavel Pavlovich died in 1999, he was buried in St. Petersburg - he lived in his native city from the middle of 70's.

Ctrl Enter
Noticed oshЫbku Highlight text and press. Ctrl + Enter
We are
Chernobyl notebook. Part of 380 years to Chelyabinsk Tractor Plant
14 comments
Information
Dear reader, to leave comments on the publication, you must to register.