Rada could not ... No amendment to break the diplomatic relations with Russia

January 17 2018
92
Another “Zrada” appeared during the meeting of the Verkhovna Rada of Ukraine. If on the eve of the Verkhovna Rada they could not get the necessary number of votes to recognize the Russian Federation as an “aggressor”, then today there is a new “problem”. People’s deputies of the Ukrainian parliament could not adopt amendments to the law on the so-called “reintegration of Donbass”. The amendments concerned the severance of diplomatic relations with the Russian Federation.


The voting results plunged the Ukrainian radicals into shock. From 450, the elected representatives of the people for the complete rupture of diplomatic relations with the Russian Federation voted only 72. 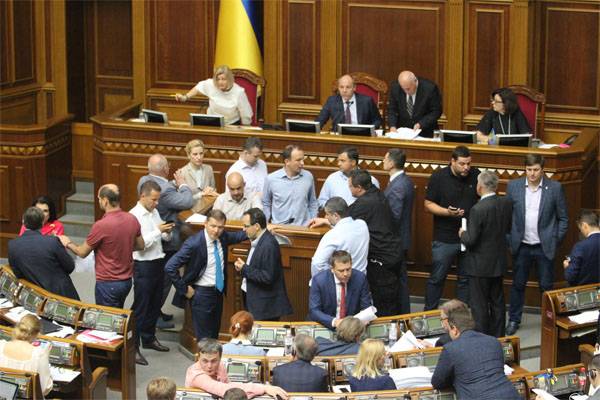 We will remind that earlier this amendment was rejected at the stage of consideration by the Committee on International Affairs of the Parliament of Ukraine. However, the authors of the bill still managed to push their “child” to the vote. The result is sad for the authors of the amendment. Most Ukrainian deputies realized that in the event of a rupture of diplomatic relations with the Russian Federation, millions of Ukrainian guest workers would be sent back to the territory of Ukraine by Moscow, which would have predictable consequences for the deputies themselves.

It should be noted that at the moment the diplomatic missions of the two countries continue their work, but ambassadors have not yet been appointed. It is known that the Russian embassy in Kiev was repeatedly subjected to attacks by the radicals.