Who are the US going to train on using Stinger MANPADS?

January 17 2018
23
Western edition Military Times publishes material that talks about the return to operation in the US Army of the Stinger portable anti-aircraft missile systems. These are the same MANPADS that at one time were "accidentally" found by Afghan militants, who began to use them in relation to Soviet means aviation.


The Stinger complexes continue to be in service with the American army (for about 40 years), but recently there has been practically no training in the troops on their use. The material stated that the training will return again in connection with the "aggressive actions of Russia." The publication refers to the director of the Joint Air Defense Directorate, Colonel Felter. Felter said that mobile special forces would be the first to retrain the operation of the Stingers. 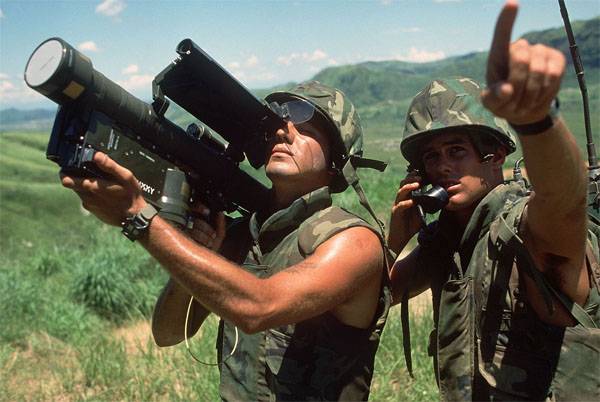 The article states that the chief of staff of the US Land Forces, Mark Millie, made the initial ideology of the return of the training system for using the Stinger MANPADS. At the same time, the American command states that the return of the training system for operating the Stingers is relevant in connection with the transformation of the Russian army and the “ongoing Russian-Ukrainian conflict”.

Does this mean that the militants in Syria or representatives of the Armed Forces of Ukraine in the near future will also be trained in the use of American MANPADS with the further supply of these complexes? It is difficult to imagine that the skills of using the Stingers would be lost by the American military.