Sigmar Gabriel - Poland: The issue of reparations has long been closed

January 17 2018
43
German Foreign Minister Sigmar Gabriel commented on the statements of the Polish leadership that official Warsaw intends to demand reparation from Berlin for the years Poland has been under Nazi occupation. According to Sigmar Gabriel, all questions on the payment of war reparations are already resolved in the legal field. 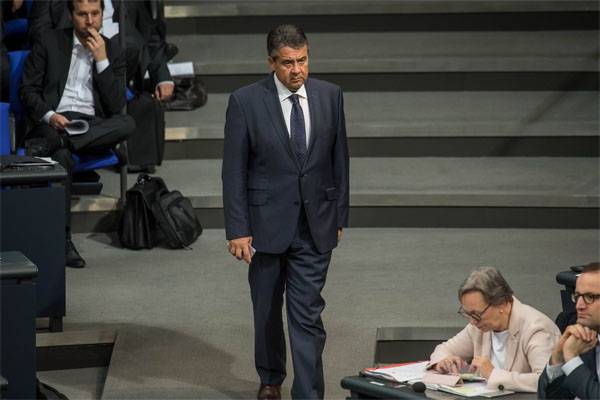 This statement was made by the head of German diplomacy during a meeting with his Polish counterpart, Yatsek Chaputovich, recently appointed to the post in place of Vitold Vashchikovsky.

Recall that earlier in Poland it was stated that Berlin owes the country about 50 billion euros of reparations, and that Warsaw intends to seek these payments.

Experts in Europe note that in Poland such statements began to be voiced before the onset of the period when Warsaw will have to repay German (European) loans. Former Prime Minister of Poland (now one of the political leaders of the EU) Donald Tusk said the other day that the current Polish authorities may well initiate the exit of Poland from the EU if billions of dollars from the European budget cease to flow into the Polish treasury.