January 17 2018
15
In the coming years, the Singapore Navy will receive a serious replenishment of its underwater fleet. According to the portal navaltoday.com, the German company ThyssenKrupp Marine Systems (TKMS) hosted a ceremony of cutting steel for two new submarines of type 218SG. 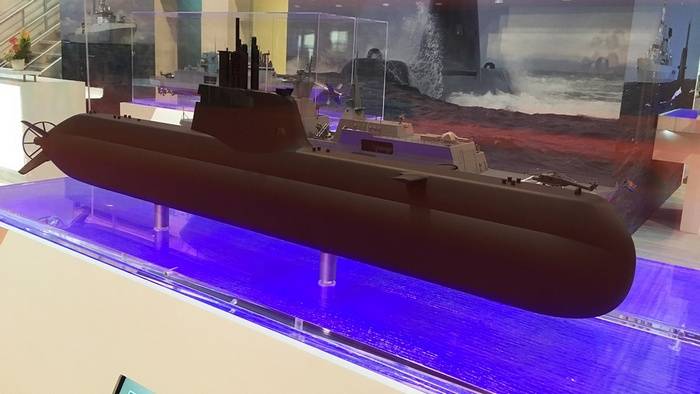 The ceremony of cutting steel, which marks the beginning of construction, took place in Germany at the shipyard TKMS in the city of Kiel. A symbolic pressing of the cutter start button was performed by Executive Director of the Singapore Defense Science and Technology Agency (DSTA) Tan Peng Yam and TKMS CEO Rolf Wirtz. 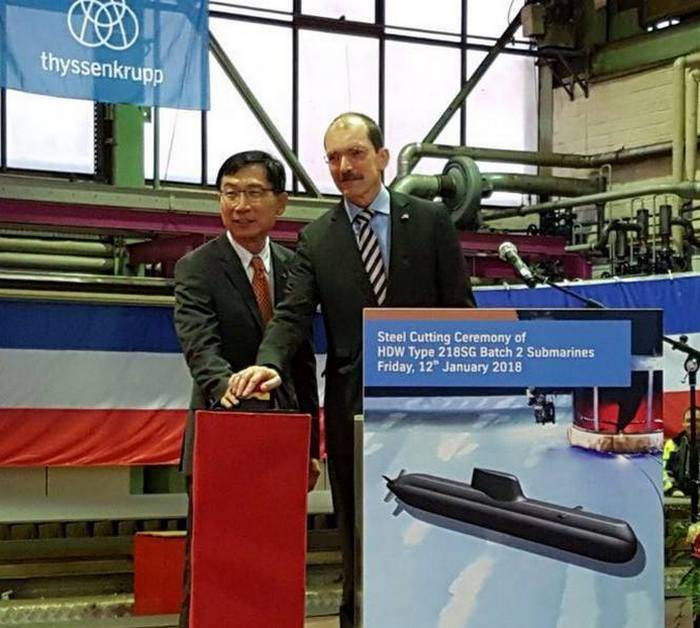 The technical characteristics of the submarines of the 218SG project remain secret. It is known that the length of submarines will be about 70 m, displacement - 2000 t. According to unofficial information, the submarines for Singapore are built on the basis of the project of submarines Type 212, which are in service with the fleets of Italy and Germany, reports "Warspot"