January 17 2018
140
Flight tests of the fifth-generation fighter Su-57 (PAK FA) with a new engine are expected to last about three years, according to Interfax, a statement by the Minister of Industry and Trade of the Russian Federation Denis Manturov.

Tests of the second stage engine (for the PAK FA) can last about three years.
- said Manturov. 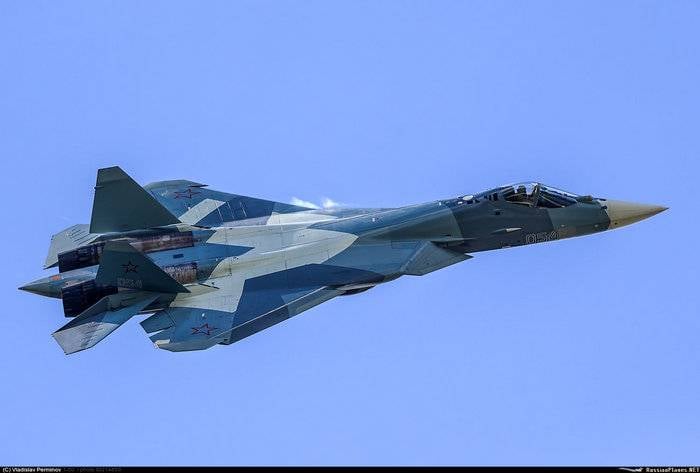 December 5 in the Ministry of Industry and Trade of the Russian Federation reported that the fifth-generation fighter Su-57 made the first flight with the engine of the second stage. The flight went smoothly and lasted 17 minutes.

Earlier in the United Engine Corporation (UEC) reported that a promising engine, fifth-generation powerplant for the Su-57 allows the aircraft to develop supersonic cruising speed.

In early January, 2018, it became known that the tenth prototype of the Su-57 fighter began to flight tests. Until recently, nine samples with the engine of the "first stage" participated in flight tests.

According to Interfax, the delivery of the first 12 Su-57 to the military from the installation batch can begin as early as this year.

The Su-57 (previously referred to as the T-50) first flew in January 2010 and was presented to the public at the MAKS-2011 air show. At the same time, a new provisioning infrastructure and a set of aviation means of destruction (including those placed in the inner compartment).

Ctrl Enter
Noticed oshЫbku Highlight text and press. Ctrl + Enter
We are
140 comments
Information
Dear reader, to leave comments on the publication, you must to register.