January 17 2018
12
The Ukrainian bill on the reintegration of Donbass is only a manipulation around the Minsk agreements, reports RIA News Statement by Deputy Foreign Minister Grigory Karasin. 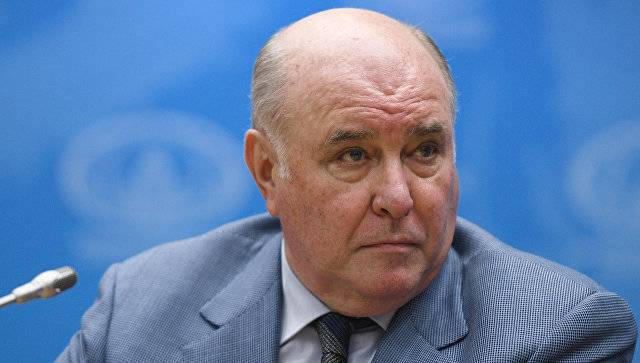 All crafty manipulations around quite specific agreements give rise to false hopes that international public opinion will agree to bury the Minsk agreements,
Karasin said in an interview with Izvestia.

The diplomat recalled that there is an obligation “signed by Kiev, Donetsk, Lugansk and international participants at the February meeting of 2015 of the year”. It obliges the Ukrainian parliament to "enact laws on special status, elections and amnesties." However, so far no progress in this direction.

Karasin stressed that all further settlement should be based on precisely such principles, "whether it is agreements within the framework of a contact group, a Norman format, or new tracks to discuss the problem at Russian-American meetings."

And no manipulations can fool anyone,
added on.

Recall, on the eve of the Verkhovna Rada considered the draft law in the second reading. Russia in the document is called the “aggressor”, and the territories of the Donbass not controlled by Kiev are “occupied”.