January 17 2018
17
Hungarian authorities have not yet applied for permission to re-export 23 fighter jets MiG-29, reports RIA News a message from the Deputy Director of the Federal Service for the Military-Technical Cooperation of Russia, Anatoly Punchuk. 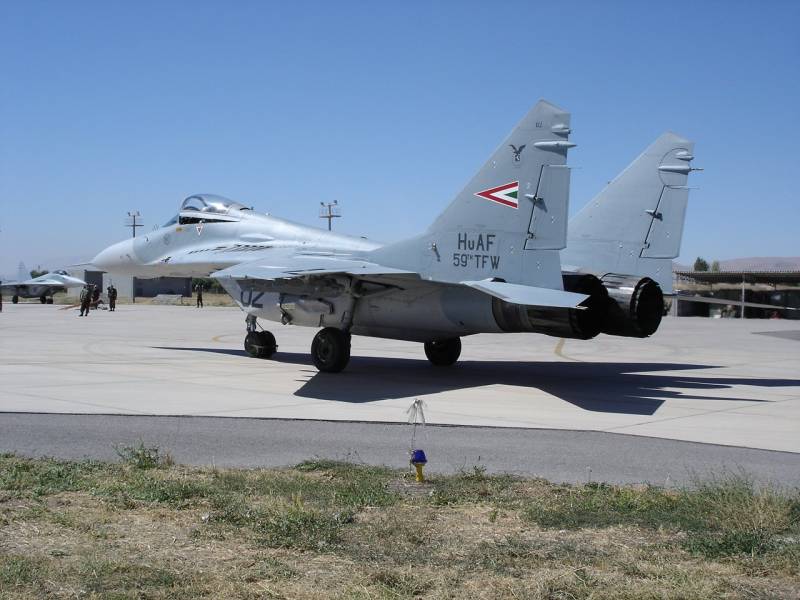 Earlier, the British publication Defense & Security Intelligence & Analysis, specializing in coverage of events in the field of military equipment, reported that Hungary put up for auction 23 decommissioned military aircraft MiG-29 of Soviet and Russian production. The starting price for these fighters was also indicated - $ 18 million. In addition, 20 engines for these machines, more than a thousand items of spare parts, as well as several aviation rockets.

According to the resource, interested parties had to submit an application for participation in the auction from 14 to 16 in November of 2017, and the final transaction must be approved by Moscow.

Hungarians put 23 MiG-29 up for auction. We have not yet agreed on the issue of re-export of these aircraft due to the lack of official appeal of the Hungarian side. There are appeals from private firms, but they do not indicate end-users.
said the agency Punchuk.

Ctrl Enter
Noticed oshЫbku Highlight text and press. Ctrl + Enter
We are
Hungary auctioned off fighter MiG-29
17 comments
Information
Dear reader, to leave comments on the publication, you must to register.