Nazarbayev suddenly prevented Kazakhstan from moving to a comfortable Latin one

January 17 2018
271
For that fought for it and ran. In the USA, they write, not without irony, that the transition of Kazakhstan to the Latin alphabet, initiated by Nazarbayev, was hindered by Nazarbayev himself. An amazing thing! 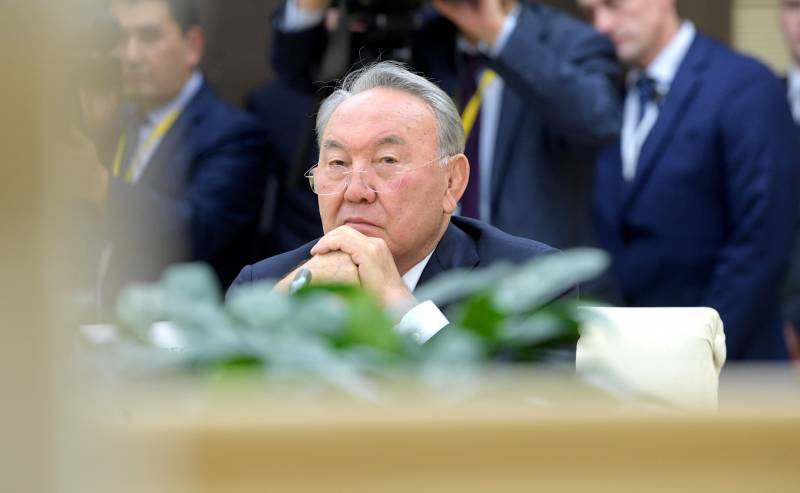 The translation of the Kazakh language into Latin, initiated by Nursultan Nazarbayev, about which much the world press wrote, suddenly faced an insurmountable obstacle. This obstacle gave rise to ... Nazarbayev himself!

Having decided to actively participate in the creation of a "new Kazakh script," reports "InoTV", the president of the state "provoked a barrage of criticism in his address."

The American edition reminds that Mr. Nazarbayev has been 26 for years already as the leader of Kazakhstan. This man is the first and still the only president of the country. However, this could not go on forever: recently, Mr. Nazarbayev changed his “talent for balancing conflicting interests”. The president stumbled upon ... the role of an apostrophe in spelling!

In May 2017, the Kazakh president announced the translation of the Kazakh language into the Latin alphabet. He motivated this decision by the desire to “fulfill the dreams of ancestors” and at the same time “give young generations a path to the future”.

As the journalist of the New York Times notes, Kazakhstan “is gradually nullifying the legacy of Moscow’s cultural and political hegemony.”

So it is or not, but the initiative for the transition to the Latin alphabet has raised the question of the transfer of sounds of the Kazakh language, which can not be written in neither Cyrillic nor Latin characters without additional designations. Such a question arose in stories Kazakhstan more than once: after all, the Kazakhs did not have their own alphabet. Before the 1917 revolution, Arabic signs were used in the Kazakh language, after the revolution - Latin letters, at the end of the 1930s. - Cyrillic.

The linguistic collegium of the National Commission for the Modernization of Public Consciousness was called upon to solve an incredibly difficult task. In August, 2017, its members proposed an alphabet, generally corresponding to the Turkish. But the presidential administration rejected it! Argument: on a standard keyboard there are no special characters borrowed from this language.

In response, linguists suggested using digraphs for Kazakh sounds (two-letter combinations like “ch”). In late October, the presidential entourage also rejected this option. Moreover, Mr. Nazarbayev promulgated a decree establishing an apostrophe ("" ") as the only special symbol for the Kazakh Latin alphabet. According to the presidential version, the sound [w] will be denoted by s', [h] - c ', and the long [u] - i'. Example: the word "shih" ("cherry") is spelled "s'i'i'e".

This decision Nazarbayev caused a flurry of criticism. Members of the college of linguists said that the writing would be "ugly and inaccurate." The public noted that this version of the written language would make it impossible to use search engines on the Internet.

The observer of the American newspaper believes that the noise around the presidential decree “exposed the fact that in this former Soviet republic almost everything, even the most insignificant and unimportant things, depend on the will of one seventy-year-old man - well, or at least those people which, in his own words, broadcast on his behalf. " According to the author of the article, the reaction of the public to the presidential initiative shows “the limits of the management approach of Mr. Nazarbayev”.

Apparently, we will notice, the limit is really designated: to sculpt an apostrophe after each written symbol will cause not only problems with search engines in a network, but also difficulties with a computer set. Keeping your finger on the apostrophe constantly, you know, will deprive the composure of the most self-possessed person.

Ctrl Enter
Noticed oshЫbku Highlight text and press. Ctrl + Enter
We are
271 comment
Information
Dear reader, to leave comments on the publication, you must to register.