January 17 2018
23
The Ministry of Defense of Ukraine published a video of the passage of "tests" by tankers in the so-called "ATO" zone. At the same time, the very concept of an “anti-terrorist operation” looks strange, to say the least, given the fact that the Verkhovna Rada of Ukraine once again did not dare to recognize the LDNR as “terrorist organizations”. In other words, there is a paradoxical situation against the background of the Ukrainian “logic”: there are no terrorists, and the antiterrorist operation is underway. Against whom in this case?


During the "tests" in the "ATO" zone, the tankers of the Armed Forces of Ukraine worked by firing regular projectiles under conditions that, remarkably, not only defensive but also offensive combat. 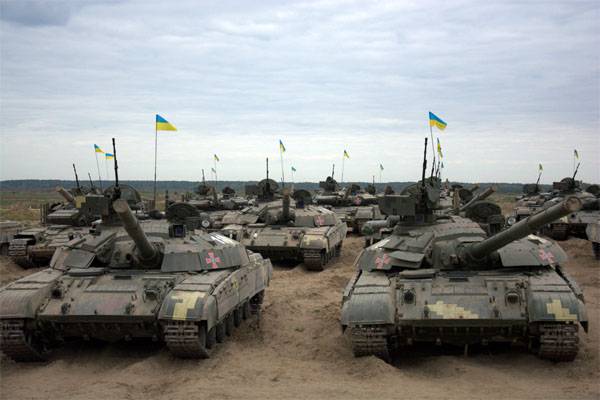 During the exams, Ukrainian tank crews also completed reconnaissance and target recognition, tank withdrawal, as well as fire support and the interaction of various units in a changing combat environment.

Ctrl Enter
Noticed oshЫbku Highlight text and press. Ctrl + Enter
We are
Weekly summary (30 January-5 February) on the military and social situation in the DPR from the military officer "Mag"
23 comments
Information
Dear reader, to leave comments on the publication, you must to register.