These guys, many of whom were not 20 years old, were for a long time those exemplified by Soviet children. And the “Young Guard” itself became one of the most significant symbols of perseverance and heroism. 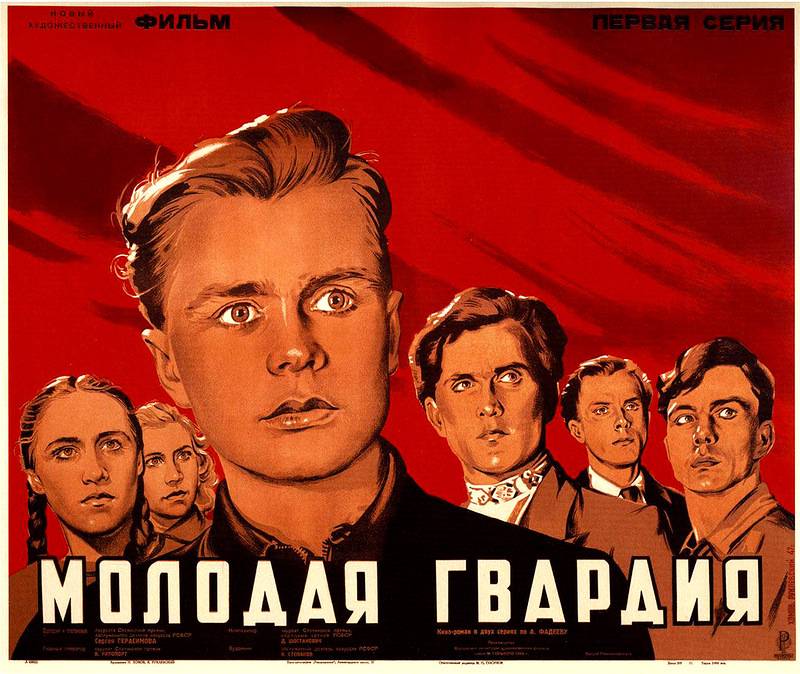 It would seem that on this topic there is already a huge variety of materials: books, films, publications. What can I say? However, the heroism of the heroes of Krasnodon needs to be reminded, because, as it turned out, there are even young people in Russia who have already been brought up on other values ​​who did not cry in the cinema, watching the film Young Guard, and some even believe that the Nazis were almost not innocent victims.

And this needs to be recalled due to the fact that in Ukraine every year begins with the torchlight processions of neo-Nazis and, to our great regret, this ominous “aesthetics” is attractive to some of the youth. It is clear that such a formatting of consciousness would be impossible without external support of the “orange” forces, which turned out to be closely intertwined with the new “brown” ones.

Even the city of Krasnodon - the one at the mention of which the struggle of the “Young Guard” and the terrible sacrifice brought by these guys immediately comes to mind - today renamed by Ukraine as part of the so-called “de-communization”. More precisely, it is only a miserable attempt to rename it to Sorokino - Krasnodon itself is located on the territory of the Lugansk People’s Republic, which does not recognize such vile and fake (other words and cannot be picked up) renames.

75 years ago, tortured by torture, young men and women were led to the Krasnodon mine No. XXUMX to shoot and dump their bodies to a hole. Many were thrown to the pit while still alive. On February 5, another underground group was shot in the city of Rovenky (now also the territory of the Lugansk People’s Republic).

This barbaric execution was the last crime that the Nazis were able to arrange in Krasnodon. 14 February 1943, the city was liberated by the Red Army. When the tortured bodies of the Young Guards were pulled out of the hole, their relatives did not just cry, some lost consciousness.

In October, the famous Soviet poet Mikhail Isakovsky devoted a poem to the heroes of the Krasnodon underground in 1943, which contained the following lines:

Let the rapist rush about
In fear and despair,
Let her Nemetchiny
He will not see!
It wills you
In the sad hour of farewell
Young guard,
City Krasnodon.

On these verses was written a song that was performed by Joseph Kobzon. After 75 years, many - and not only in Ukraine - have forgotten about the testament of 75-years ago. Alas, if we type the word "Krasnodon" in "Yandex-maps", the browser will give us the name "Sorokino" ... This fact is difficult to find any meaningful explanation.

“I saw people tortured. After interrogations, lifeless bodies were put on blankets. There was no condescension to the fact that these were women ... My friend was hung up in the “swallow” for eight hours. They also tortured him like this - they covered a naked man with a mattress, poured water on him and beat him with a stun gun. Often blackmailed by relatives. They scared me that they would take my 13-year-old sister, that they would take me to the Donetsk airport or Khreschatyk to Kiev, where they would give it to the right-handers. The enemy will not wish what I had to go through. ”
This is not a story about the torture used by the Nazi invaders during the Great Patriotic War. This is a story about the torture of the servants of the new fascism. And the young girl Svetlana Akimchenkova, a resident of Mariupol, recently released from the dungeons of the SBU during the exchange of prisoners, told the media about this.

And here come the lines from another Soviet song: “If we forget the war, the war will come again».

Ctrl Enter
Noticed oshЫbku Highlight text and press. Ctrl + Enter
We are
Chernobyl notebook. Part of 3Father told
26 comments
Information
Dear reader, to leave comments on the publication, you must to register.