Belgrade: Neither Serbia nor the Kosovo Serbs are involved in the murder of Ivanovich

January 17 2018
15
The Kosovo authorities have announced that they will provide "full support" to the Serbian leadership and law enforcement agencies in investigating the assassination of the leader of the movement "Freedom, Democracy, Truth" Oliver Ivanovich. Kosovo media reported that at the moment "not a single suspect has been identified." In Belgrade, however, they note that Pristina in fact closed the access of the Serbian law enforcement officers to the very possibility of conducting an investigation. 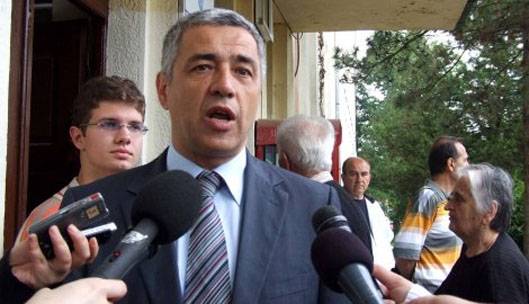 The police of Kosovo spread a message that the one who provided information about those involved in the murder of Ivanovic expects a reward of 10 thousand euros.

The investigation is (officially) being conducted both by the prosecutor’s office in Pristina and by the investigative authorities in Belgrade. At the same time, the Serbian Ministry of Internal Affairs made it clear that according to preliminary data “the threads do not lead to Serbia itself and to the Kosovo Serbs”.

In Belgrade, it is noted that the main goal of the murder of the Serbian politician was an attempt to destabilize Serbia. The government of the country notes that if the murderers Ivanovich are not found in Kosovo, it means that such a crime was beneficial to the Kosovo elites.

Recall that Oliver Ivanovich was killed the day before by shots from the window of a passing car. Five bullet wounds were found on the body of the politician, which became fatal. Later, the car, from which the unknown shot, was found burned.

Ivanovic will be buried tomorrow in one of the cemeteries in Belgrade.

Ctrl Enter
Noticed oshЫbku Highlight text and press. Ctrl + Enter
We are
15 comments
Information
Dear reader, to leave comments on the publication, you must to register.