January 16 2018
147
The Chinese army masters the latest stealth fighters. According to the portal janes.com, the Chinese Air Force conducted the first maneuvers in which Chengdu J-20 aircraft were involved. 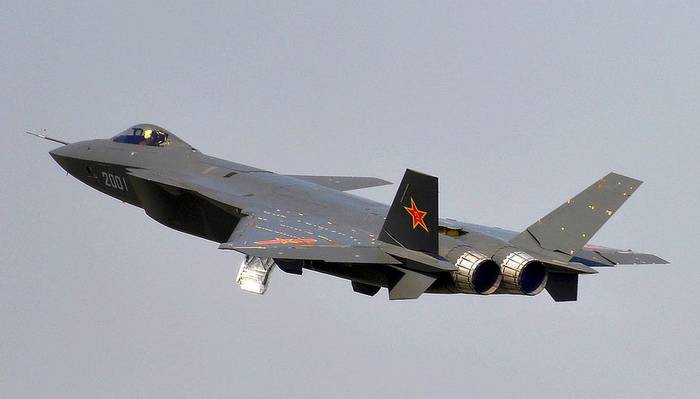 Chengdu J-20 fighters entered service with the Chinese People’s Liberation Army (PLA) Air Force last year. In March, 2017, Reuters journalists reported that the Chinese Air Force received the first copies of Chengdu J-20 stealth fighters, and in September, the press service of the Ministry of Defense of the PRC officially announced their adoption.

The exercises using J-20 were held in secrecy at one of the military bases of the Chinese Air Force. For nine days, "several J-20 conducted realistic maneuvers with the J-16 and J-10C fighters." The details of the exercises in the PLA do not reveal.

The J-20 fighter was developed by Shenyang Aircraft Corporation and assembled at the Chengdu Aircraft Industry. The manufacturer positions the aircraft as a fifth-generation fighter, equipped with advanced electronics and built using stealth technology, while all the technical information about it is classified. The first flight of the prototype J-20 took place in 2011, the official demonstration - at the airshow in Zhuhai in 2016, transmits "Warspot"

Ctrl Enter
Noticed oshЫbku Highlight text and press. Ctrl + Enter
We are
Radical update of the Chinese army
147 comments
Information
Dear reader, to leave comments on the publication, you must to register.