January 17 2018
55
Today, we are already beginning to gradually get used to the fact that the Olympic Games have ceased to be a grandiose world-class sporting event and are gradually degenerating into a certain arena for political squabbles and billing information.


But if you look back into the past, then, to your amazement, you can find out that the OIs were the scene of political struggle, demarches and boycotts almost from the moment of their rebirth by Baron de Coubertin.

And if the first three olympiads were more or less calm, then the fourth one started ...

Incidentally, the Russian Empire and the USA have become the breeders.

At the 1908 Games of the Year in London for the first time, it was decided to organize a march of participating teams under their national flags.

And the Americans were offended by the absence of a US flag at the stadium where the opening of the games took place. And the US delegation pointedly refused to greet the English king. 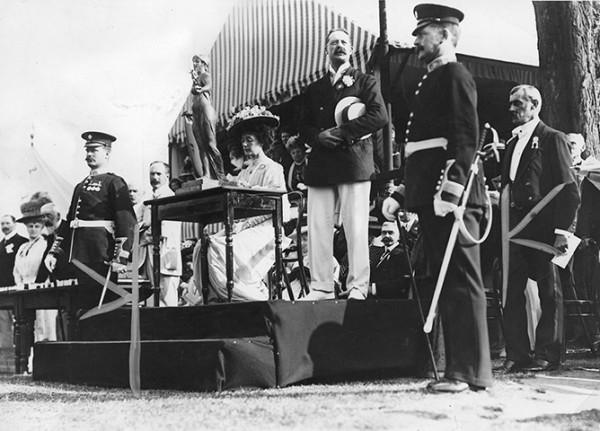 But that was only the beginning.

In 1920, Germany, Austria, Hungary, Bulgaria, Turkey and Italy were not invited to the Olympics in Antwerp. This was the first case of expulsion for political reasons. In this case - because of the First World War.

Soviet Russia was not invited either, it seemed that the country wasn’t noticed at close range, despite the fact that the General Directorate of the Vseuobuch of the RSFSR applied for the admission of eight RSFSR athletes to the games. 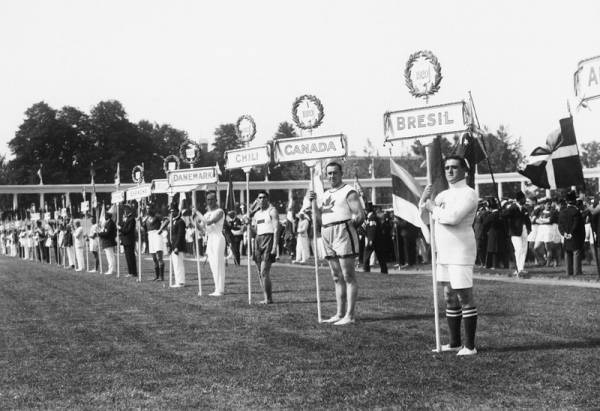 The reason was the non-recognition by the RSFSR of the financial obligations of the previous regime, from which the lack of continuity logically followed. Games are games, and money is money. The slogan, as you can see, and 100 years ago was about the same.

In 1924, the Olympic Committee seemed to change its mind and handed over an invitation to the USSR. Through an intermediary, the French Worker Sports Gymnastics Union. In order not to dirty the pens, apparently, so that the powerful of this world would not suspect the IOC officials in sympathy with the Soviet communists.

And, without being bothered at all, in the USSR they created sports and athletics games, which became a real alternative to the Olympic Games.

In 1936, the IOC demanded that the Olympics be moved from Berlin to Barcelona, ​​because in Germany they do not like blacks and Jews. In general, no one likes, except the Aryans.

But Hitler and Goebbels outright beat everyone, fascinating de Coubertin and slightly restoring order in the country in terms of Judeophobia. 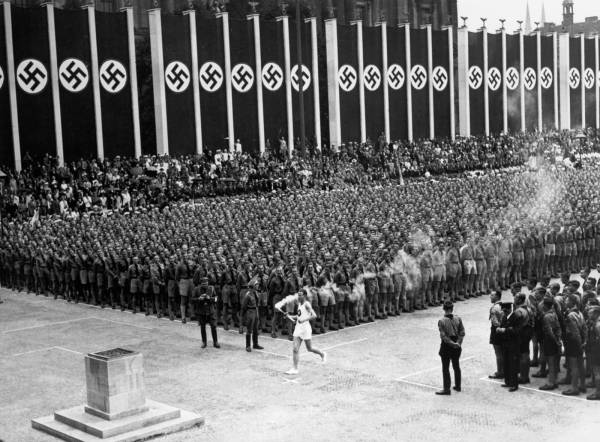 It is curious that the majority of black athletes in the United States supported the Berlin Games, believing that it was wiser to demonstrate the usefulness of their race directly at the Olympic stadiums. They were not mistaken. The deafening splash from the Negro Jesse Owens in the form of four gold medals became a sensation and a kick in racial purity theory.

There were no boycotts in 1952. All were stunned by the fact that the USSR decided to take part in the Olympiad. First time. And not because they didn’t call for it before, but because the party and the government decided this way. 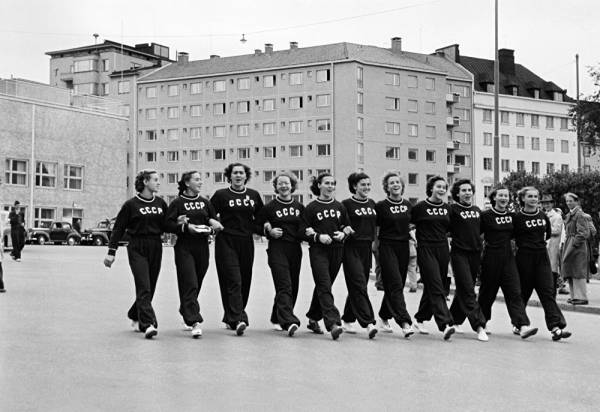 But in 1956, a full-fledged protest show began. Not only did the Olympiad in Australia be whipped up according to the principle “you need to, you are fussing”, many more participants decided that the time had come to test the Olympics as a protest platform.

Egypt, Iraq, Lebanon, Cambodia boycotted the Olympics in Melbourne because of the Suez crisis.

The Netherlands, Spain, Switzerland were boycotted because of the Hungarian events, and Hungary took part, but under the flag of another Hungary, the sample 1918 of the year. 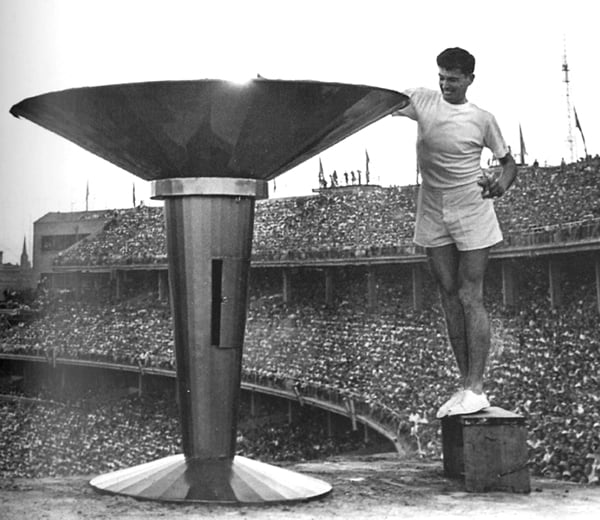 China has declared a boycott because of an invitation to the Taiwan Olympiad, even under the name of Formosa.

In general, everything was very nice and to the point.

In 1964, the Olympics in Tokyo were boycotted by Indonesia and the DPRK. Indonesia fell under IOC sanctions for having banned Israel and Taiwan at the fourth Asian Games.

Sukarno sent the IOC about the same place as the USSR to 1924 and set up his bar (GANEFO games) with all that it implies. North Korea supported Indonesia and also boycotted the games.

To the heap under the distribution came South Africa for apartheid and the landing of Nelson Mandela. And the IOC restored the membership of the republic only in 1992 year.

In the 1972 year in Munich, a terrorist attack against the Israeli team. In fact, because of the incompetent organization of games and no security. 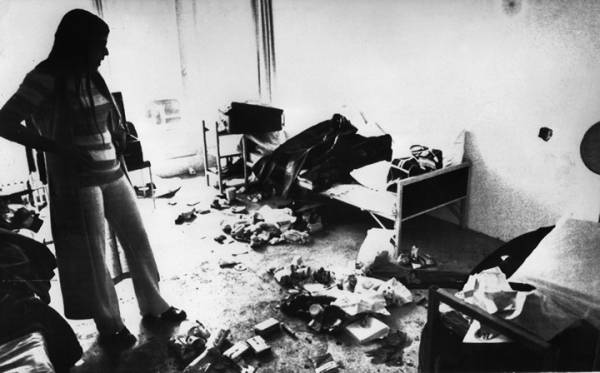 After a one-day break, the games were resumed, the delegations of Israel and Egypt left the games, and along with them, some athletes from Algeria, the Netherlands, the Philippines and the USA stopped participating in the games.

Logged in history games demarche of the US national basketball team, which protested the outcome of the final and the loss of the USSR national team. US basketball players refused to receive silver medals.

The Olympics on the initiative of Tanzania and Congo boycotted 28 African countries, demanding that New Zealand be excluded from the Olympic movement.

Difficult moment. New Zealanders played a match with the national team of this country in ... rugby. And this was the cause of the universal ora. The funny thing is that rugby was not part of the Olympic program.

However, 28 countries ignored the games, plus 29-th country was Zaire, which did not go for financial reasons.

In addition, since Canada did not recognize Taiwan, it denied it the right to be called “the Republic of China of Taiwan” and did not allow it to play. Having proposed, however, a performance under the white flag with “partial use of state symbols”.

Taiwan proudly sent an offer to hell and boycotted the game.

China didn’t like the situation either, not satisfied with Taiwan’s half-hearted ban of the PRC also boycotted the games.

Olympics ignored a total of 64 of the country. It is worth noting that not all - for political reasons (the entry of Soviet troops in Afghanistan). Many - on economic (about 20 states), someone did not invite the IOC (Iran, Mozambique and Qatar). 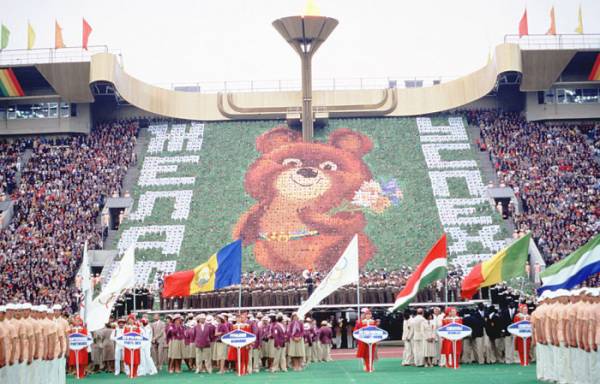 Many people still remember the story of how Reagan did everything so that our team did not go to the games, and he succeeded. And together with the USSR national team, the allies who organized the “Friendship-84” games did not go either. 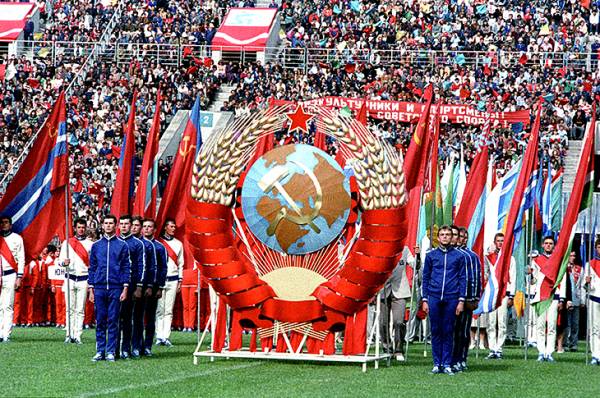 In addition, at the initiative of the IOC, Iran and Libya did not take part.

It was after the 1984 Olympiad of the Year that the IOC decided on sanctions against boycotting. For got.

In 1988, the Olympics in Seoul, of course, boycotted North Korea. Cuba, Nicaragua and Ethiopia supported the North Korean position and also announced their non-participation in the games.

In 2000, the Sydney Olympics boycotted Afghanistan because the Taliban simply banned sport and dispersed the national Olympic committee.

In 2008, the United States in particular, and the IOC as a whole, very much wanted to boycott the Olympiad in Beijing, presenting Tibet, Myanmar and a bunch of sins to the Chinese, right up to the Kennedy assassination. 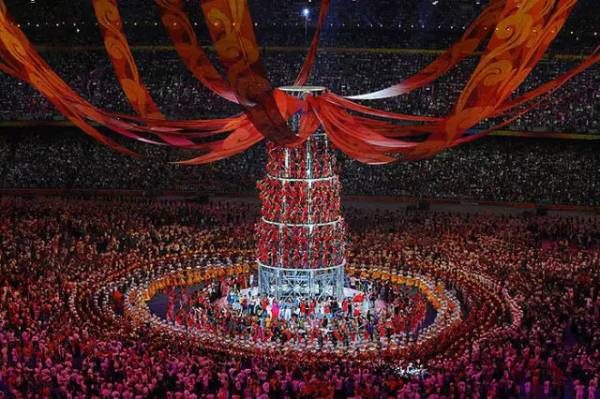 But then they changed their minds. More precisely, the sponsors of the games were so convincing that it was impossible to refuse them.

The Nike press office said: “Nike’s leadership is, of course, entirely for the defense of human rights, but the contract amount is so great that the US team will go to the games to Beijing at any cost.”

Surprisingly, all the screams and cries have disappeared. And from that moment it became clear who rules the Olympic Ball. And ban at the same time.

In 2014, the IOC, at the request of Georgia and the USA, really wanted to boycott the winter games in Sochi due to the Ossetian events. But he received from Russia already familiar in Soviet times: "Go to hell. I don’t like it - drag yourself. Hello to the sponsors." 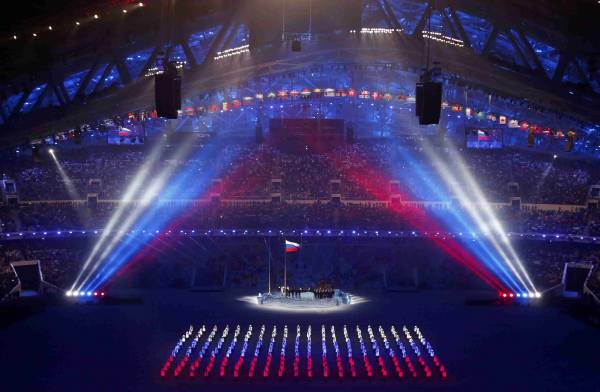 We look at the 2008 year and understand how it all ended. Olympics in Sochi.

Well, actually, looking at the whole list of events, bans and boycotts, you can make only one conclusion.

The Olympic Games generally have little to do with sports. This is politics and economics. More precisely, on the contrary. Economy and politics.

And, since we are talking about the fact that Russia is trying to put in a not very decent posture with the help of Olympic instruments, then you probably should not make round eyes. There is nothing surprising.

Another question is how to react to it.

How proud guys like the Soviet Union, China or Taiwan? But it is not easy. And again - politics.

Is Russia so bad to be trampled over with and without? Well, definitely not worse than Germany's 1936 model of the year. So we get used to it. There is no other option, unfortunately.

It is doubtful that in the coming years 10-15 we have another Olympiad shining. Yes, and somehow the tears do not come to the eye on this issue. Win all the same will not give, even stuffed, though the carcass.

Although the unmatched results of Russian biathletes and biathletes in the World Cup 2017-18 hint that nothing stronger than askorbinki Russian athletes do not give.

And it is sad, to be honest.

Ctrl Enter
Noticed oshЫbku Highlight text and press. Ctrl + Enter
We are
Results of the week. "Well, do not change me because of every idiot!"Yuri Drozdov: Russia prepared the role of the sacrificial calf
55 comments
Information
Dear reader, to leave comments on the publication, you must to register.