Transport heavyweight An-22 seen above the base Hamim

January 16 2018
72
The An-22 Antey, the largest turboprop aircraft in the world, was seen the other day in the skies over the base of the Russian Federation Air Force Hmeymim, reports Messenger of Mordovia. 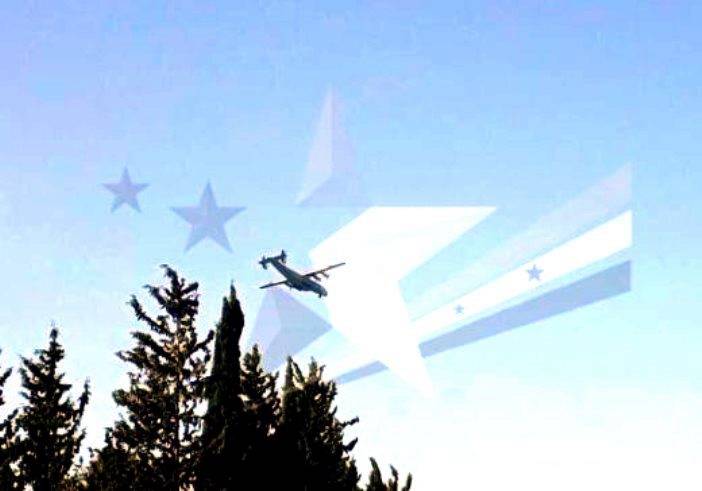 It is unknown with which cargo the legendary transport worker arrived in Syria.

According to the agency referring to open data, there are currently two veteran aircraft in the ranks in Russia.

Despite its age, and the new car was released about forty years ago, winged heavy trucks continue to perform tasks on a par with more modern transport workers.

“Those who saw this plane live, as a rule, cannot hide their admiration. "Antey" is able to transfer the heaviest cargoes, like the main combat tanks T-90 or vehicles of the S-400 complex, ”writes Lev Romanov, the author of the material.

Ctrl Enter
Noticed oshЫbku Highlight text and press. Ctrl + Enter
We are
T-14 vs. VT-4. Fight in the open spaces of the information space
72 comments
Information
Dear reader, to leave comments on the publication, you must to register.