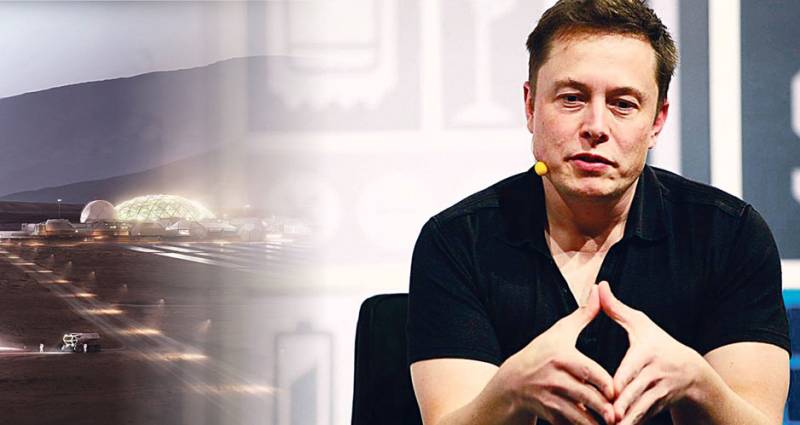 In the last three to four years, Ilon Musk is often mentioned in discussions concerning the development of astronautics. Indeed, an extraordinary personality, clearly not deprived of talent. Cases and loud, sometimes very controversial speeches Mask do not leave indifferent neither specialists nor the public.

The well-known American businessman in the field of astronautics (and not only), it should be noted, raised the bar for developing new technologies and devices very highly. What does Musk achieve, what are his goals? And who is he really: a brilliant manager, a talented inventor, an upstart adventurer, a technological provocateur, or all of them taken together in one person?

His recent speech on the creation of a large settlement on Mars designed for a million inhabitants, with a preliminary screening of the video, how it will happen, impressed many, but a lot of questions of a purely technical and humanitarian nature immediately arose regarding the proposed project.

The first thing that immediately comes to mind: this whole undertaking is pure adventure. But only those who do not follow the activities of the Mask can think so. After all, experts are well aware that the development of Mars for objective reasons will not take place in the near future. Actually, this is the middle of the XXI century and beyond, and the colonization of the Red Planet is generally a matter of the XXII century.

So what then is the Martian project? The answer is on the surface. And although at first glance this, we repeat, looks like an adventure, in reality it is an elementary bluff. After all, what is the difference between these two concepts? An adventure is a rash, spontaneous action. Bluff is a well thought out and carefully calculated combination. Mask is not an adventurer, he is a pragmatist to the bone. Maybe a bit of a provocateur in the soul, but he calculates all his words and actions a few moves ahead. 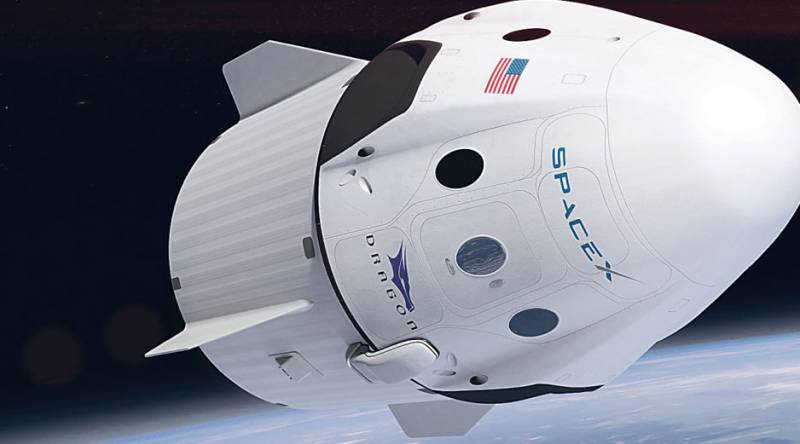 His proposed Martian project is a tricky combination with several goals. Firstly, behind loud ambitious plans, it is always easier to hide your mistakes, miscalculations and failures, from which no one is immune. Secondly, there is a purely financial interest. A classic psychological move was made: ask for one hundred billion - you see, one will be given. And then in the US congress, they began to look askance at new private firms that entered the space launch market, squeezing such giants as Boeing and Lockheed. After all, they can deprive of financing. Therefore, Musk and made a pre-emptive informational attack to hedge against possible negative consequences, and he knows how to bluff.

With all the talents, Ilon Musk remains a living person, and people are known to err. Having created the SpaceX company, he immediately developed such a fantastic pace of work, which had never been characteristic of the space industry before, by definition, healthy conservatism is inherent in it. Professional activities skillfully blended with a powerful PR campaign. Many media were so enchanted by the charming and energetic businessman that they were ready to consider him the god of astronautics. 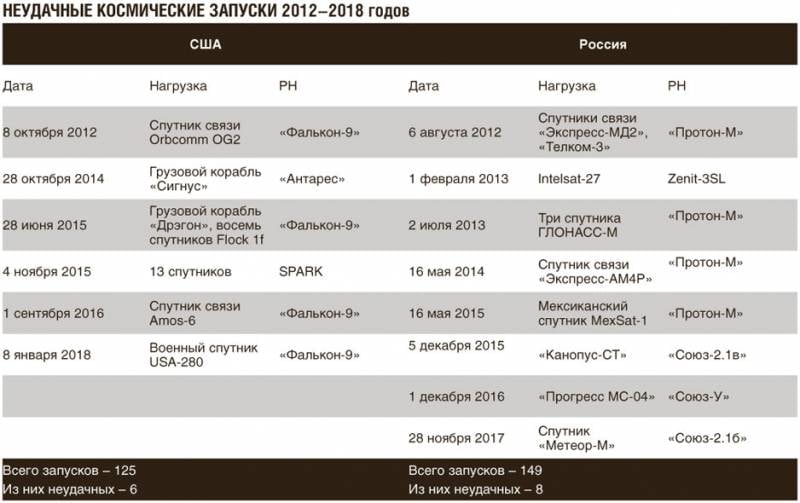 At first, everything went just perfect: start after start, contract after contract. For delivery of cargoes for the ISS, SpaceX receives permission to launch military satellites and finally the top is a Martian project. However, life makes adjustments to any plans. The serene and confident space course Mask began to falter. The ease of the first starts and the share of luck acted like a dope. Nothing foreshadowed trouble, but ...

The first launch of the Falcon in the 2006 year was an emergency, which they took for granted. Then a series of successful starts. In 2015-m accident again - well, it happens. But in 2016, the carrier explodes right on the launch pad, which no one really expected. In case of fire, both the carrier, the payload, and the launch facility itself burned down. 2017 triumphantly passed the year - 18 successful launches of the PH were made. On 2018, the order of the 30 launches was planned, but - a new accident was already in January: the secret and wildly expensive military satellite did not go into orbit and crashed as the ocean fell. Of course, finding out the cause is the business of American bodies. Even if SpaceX has no direct fault in what happened, then the sediment from the accident will remain for sure.

How and why could this happen? The answer is obvious: the foundation of the accidents was laid at the very beginning of the Mask path in the field of astronautics. Even when its main offspring, the Falcon launch vehicle, was created, a very risky decision was made: after digital design, to abandon ground bench tests and go straight to flight tests. This gave a decent savings, but significantly increased the danger of various "childhood diseases" in the new and complex technology. They appear, sometimes at the most inopportune moment. 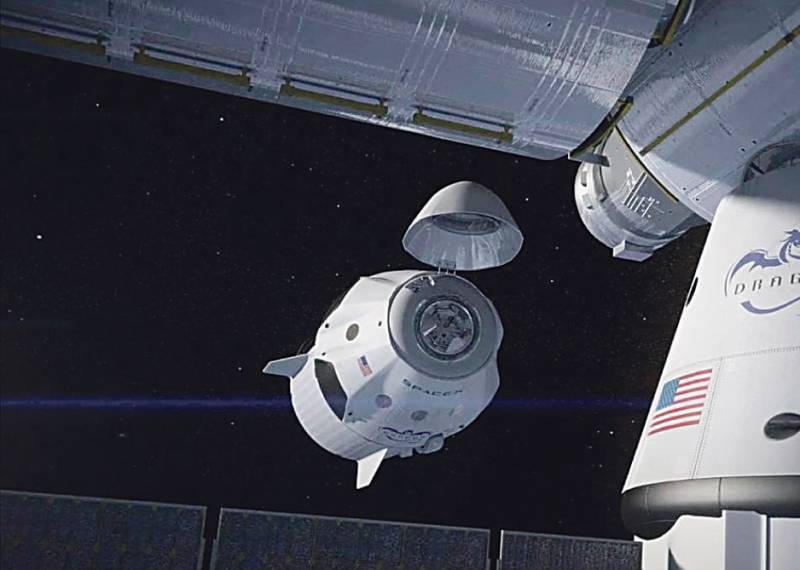 Computer simulation really reduces the number of ground tests and reduces the cost of creating new samples. However, it cannot completely replace the ground testing of individual units and products entirely, because the image on the screen and the product in the metal are not the same thing.

As for financial performance, SpaceX is far from happy in this area. But Musk is not only involved in space, he has other assets. However, Tesla, which produces electric cars, is in an even more difficult financial situation, the losses are going through the roof. In other words, Mask has enough problems.

And yet I want to express my gratitude to the businessman for all that he has done for astronautics. Thank you, Mr. Musk, for waking from hibernation the structures and companies somehow connected with the cosmos. First of all, it concerns our country. Roscosmos finally began to move and began to make efforts to think strategically, gradually moving away from the routine of industry problems.

Following the example of Mask, the Khrunychev workers returned to work on the winged reusable first stage (the theme “Baikal”). Resumed the design of the reusable launch vehicle "Korona" at Miassky GRTs them. Makeev. Yes, and other enterprises of Roskosmos shook themselves and began to work on new projects not only under the Federal space program or in pursuance of the state defense order, but also in an initiative manner. God forbid that this trend is preserved.

If you look objectively, then a small share of provocation, in a good sense of the word, used to lack the development of the industry. Over the years, the halo of romance inherent in the beginning of the space age has disappeared - pragmatism and commercialization have taken over. The industry has been bureaucratic, it had to be somehow spurred on. And Mask, it must be admitted, was largely successful.

Ctrl Enter
Noticed oshЫbku Highlight text and press. Ctrl + Enter
We are
Interview: Dmitry Konanykhin about the "macaroni monster" Ilona Mask seriouslyOstap Petrikovich Musk: Full disclosure of the development of the "millennium genius"
57 comments
Information
Dear reader, to leave comments on the publication, you must to register.