Syrian army for the first time demonstrated the TUR "Reflex" 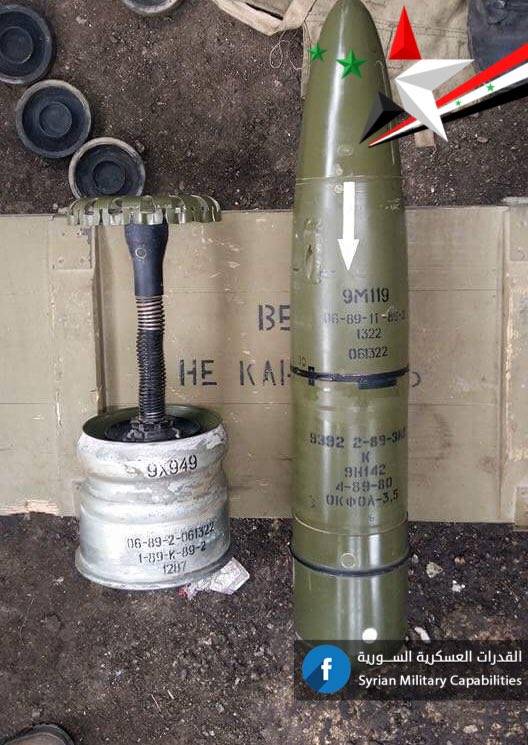 This weapon is included in the ammunition sets of the main battle tanks T-90, T-90A and T-72B3, which are currently part of the Syrian army.

“TOUR" Reflex "is capable of hitting targets at a distance from 100 to 5000 m. Its feature is the guidance along the laser beam. The maximum flight speed can reach 800 m / s. The cumulative warhead is capable of piercing up to 800 mm of armor, ”the material says.

It is reported that the first fact of the combat use of the TOUR 9М119 in Syria was recorded in July 2017. The rocket was launched through the barrel of a 125-mm cannon tank T-72B3.

In the Russian army, at present there are more sophisticated versions of the TUR, which were called Invar and Invar M. They differ from their predecessor by a tandem warhead with better armor penetration.

Ctrl Enter
Noticed oshЫbku Highlight text and press. Ctrl + Enter
We are
Attack helicopter armament
15 comments
Information
Dear reader, to leave comments on the publication, you must to register.