January 16 2018
25
The CAA, with the support of the Russian Aerospace Forces, freed more than 80 settlements in the province of Aleppo from terrorists, the SDF carried out mass arrests of civilians in the north of Raqqa. Reports about it FAN with reference to Syrian sources. 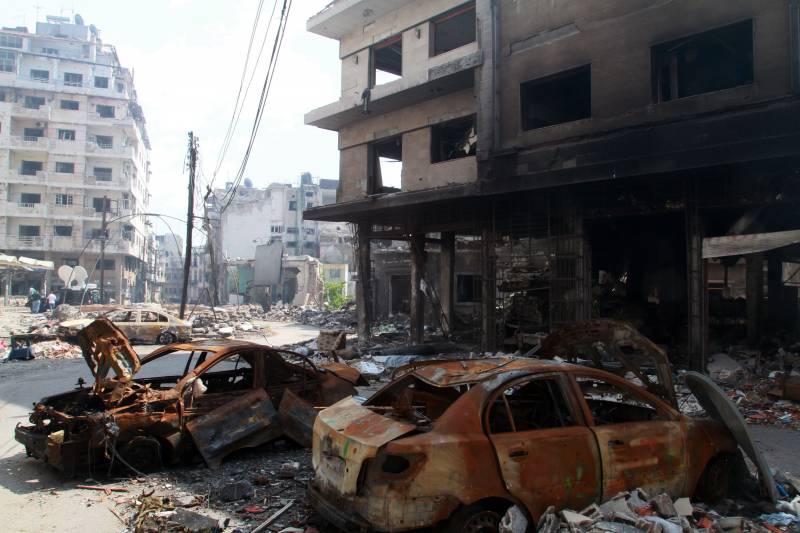 Syrian air forces attacked militant strongholds in the vicinity of the cities of Arbin and Harasta (Damascus province). Intensive exchanges of fire between the SAR army and opposition groups were noted in the area of ​​the city of Duma.

During the day, the CAA, with the support of the Russian Aerospace Forces, continued to advance in the province of Aleppo, clearing the region’s settlements from the Dzhebhat an-Nusra (banned in the Russian Federation) terrorists. The territory of total area 400 sq. kilometers According to local sources, government forces drove radicals out of more than 79 settlements in the southern part of the region. The militants who lost their positions began to relocate to the territory of the neighboring province of Idlib.

One of the few IG detachments (grouping banned in the Russian Federation) hiding in the province of Deir ez-Zor, spread on Twitter information that the Islamists attacked the location of the Syrian Arab Army (AAA) in the Miislya settlement. Officially, this information is not confirmed. Cases of such information "counterattack" were repeatedly recorded in the region. Military experts point out that such measures are aimed at raising the morale in the ranks of scattered groups of IS.

The Russian Aerospace Forces attacked the strongholds of the terrorists of al-Nusra in the vicinity of the settlement of Khan Sheikhun in the south-east of Idlib province. Under cover of the Russian Aerospace Forces, the Syrian Arab Army (CAA) continued to advance in this part of the region. Intensive skirmishes have also been observed near the settlements of Suruz, Katra, Al Gadfa, Khuveyn and in the Tel Marak area.

Fighters of the Kurdish National Self-Defense Detachments (YPG) are conducting mass arrests of civilians in the northern part of the Rakka province. The reason for the arrests is not specified. A delegation of the American military visited the town of Kamyshly, where they met with the command of the Syrian Democratic Forces (SDF), which control this part of the region. According to the source, the meeting discussed the creation of a US military base in Kamyshlakh.

The Syrian army, with the support of the VKS RF, has liberated several settlements in the north-east of Hama province from the IG terrorists. Earlier, the IG fighters recaptured a number of settlements in this part of the region from coalition members, led by an-Nusroy, thus creating their own small enclave. At the end of the day, the soldiers of the SAR army managed to take control of the town Hazhile and the Mushrife hill.

Ctrl Enter
Noticed oshЫbku Highlight text and press. Ctrl + Enter
We are
"Euphrates fist" CAA under the threat of "Meyadinsky boiler." Important facts are not in favor of reducing the Armed Forces in SyriaFull Syria summary for 24.03.2017 of the year
25 comments
Information
Dear reader, to leave comments on the publication, you must to register.