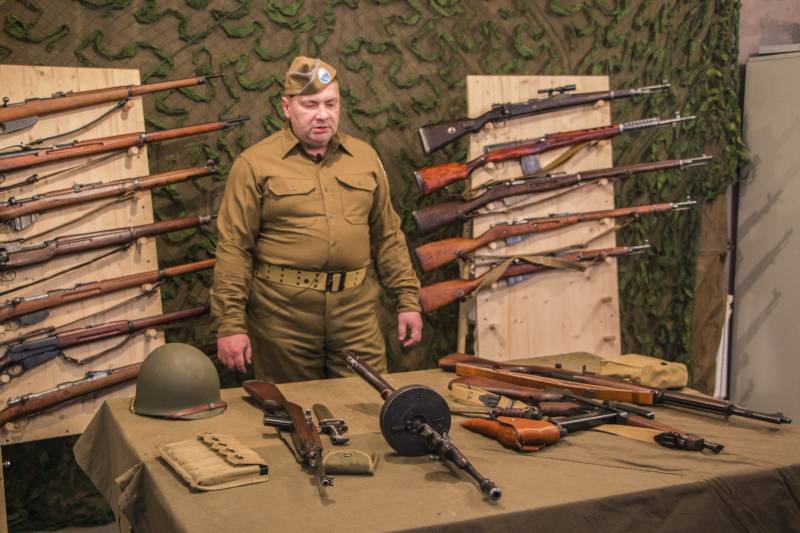 All lovers armory stories They know Tommy Gun very well. Our story today will be about this long-liver of the world of weapons with disassembly and comments by Andrei Bondar from the Infanteria historical reconstruction club.

The history of the submachine gun began in the distant 1916 year, when retired American Army General John Thompson and industrialist Tom Ryan decided to make an automatic rifle for the US Army.

For this Thompson even bought a patent from the designer John Blish for the semi-free gate of the original design.

However, not much versed in the affairs of the design Thompson a little deceived. To say that the Blish shutter was incomplete is to say nothing. Automation did not provide full locking barrel at the time of the shot. The only cartridge with which the Blysch bolt worked normally was the .45 ACP pistol.

In short, enough to not return the money, but not enough for an automatic rifle.

But it was in America, and it was difficult to stop a real Yankee general. Thompson decided not to refine the unsuccessful bolt for the rifle, but to make a small-sized light machine gun for a pistol cartridge intended for combat at a close range and assault operations.

Naturally, under the pistol cartridge .45, to which the brainchild of Blish was working normally.

Thompson himself called his idea submachine-gun ("sub sub machine gun"), which was established in the western writing. For us, the name of the submachine gun is more familiar, so we will call it further along the play. 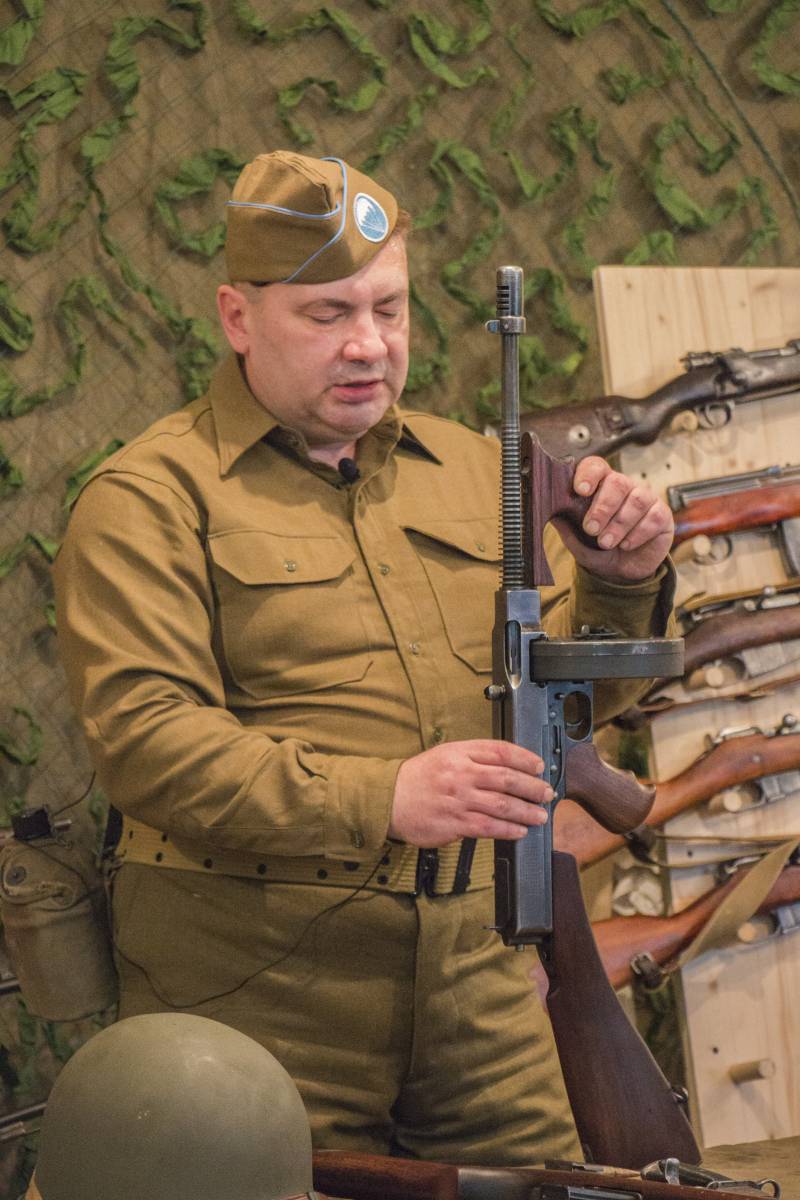 In 1918, the first batch of the Thompson submachine gun came out and was useless to no one. The First World War has already ended, and in peacetime, finding a sustainable market for weapons of this type was somewhat problematic.

By 1921, the submachine gun was thoroughly refined. As a result, it turned out that Thompson M1921, which is known to us.

However, the hype was not observed. Submachine gun sold reluctantly. The army, although it purchased a test batch and even tried it in real combat conditions in Latin America, but it was not in a hurry to arm itself without exception.

The blame was mainly served by a rather high price for those times (200 dollars) and the specificity of the use of the Thompson. Quite heavy and effective at a distance of 50 m, the submachine gun did not quite fit the then doctrine of combat.

It is known that Thompson and Ryan were saved by gangsters from financial collapse. They appreciated the Thompson M1921, which is very effective in urban environments. Since 1928, the real street wars with the use of these weapons have unfolded in the US, and in order to keep up with the “bad guys”, the government began to purchase the M1921 for the police and the FBI.

Money flowed, though not a river. The project survived. Moreover, the "Tommi-gan" still made his way into the army. But it was a separate story. 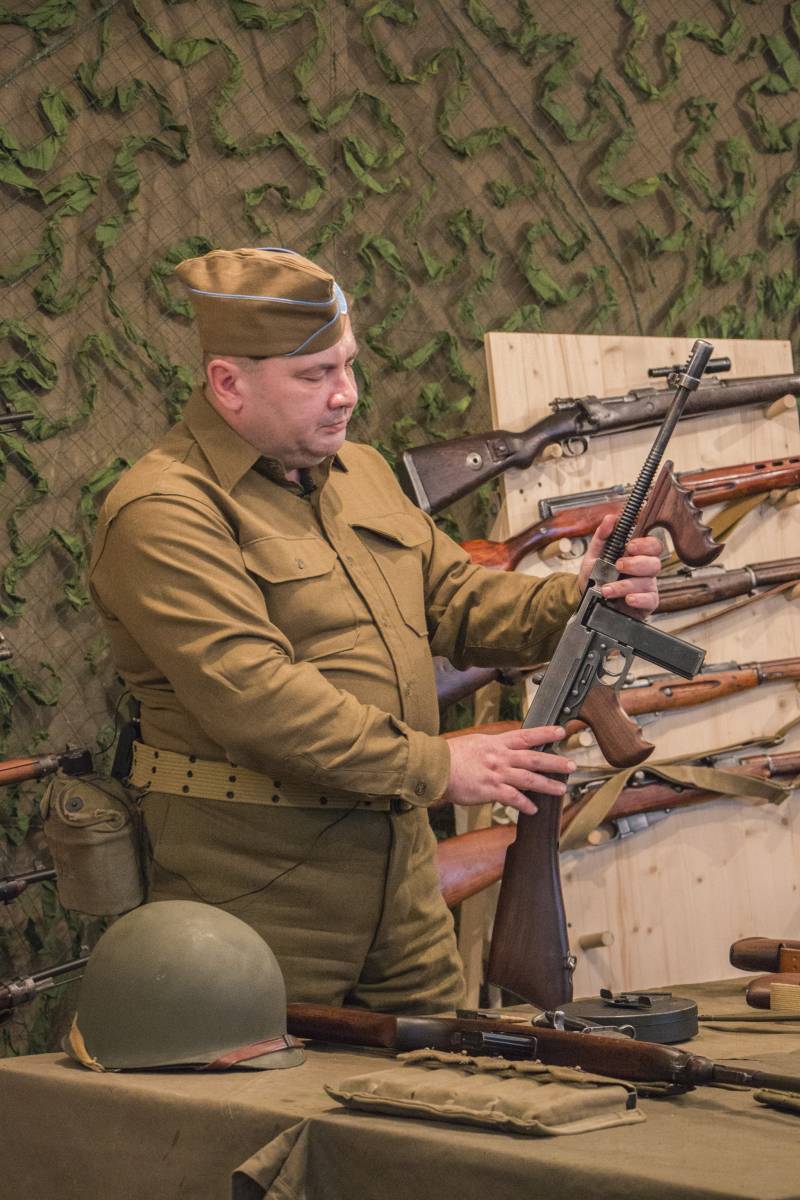 The submachine gun was considerably simplified: a muzzle brake was developed, a reduced rate of fire, a simplified sight, a free slide instead of a semi-free one, and power for cartridges only from box magazines.

To a large extent, the emergence of the M1928 in the US Army contributed to the saturation of troops with equipment. And the crew needed just such a weapon - a compact and powerful at close range.

The Tommi-Ghans fought with us, moreover, long before lend-lease deliveries.

In 1924, through intermediaries in Mexico, the leadership of the USSR purchased the party М1921, which entered service for the troops of the OGPU and the border troops.

"Thompsons" were actively used on the southern borders during battles with basmachs. In the service documentation, they were called "Thompson machine guns". 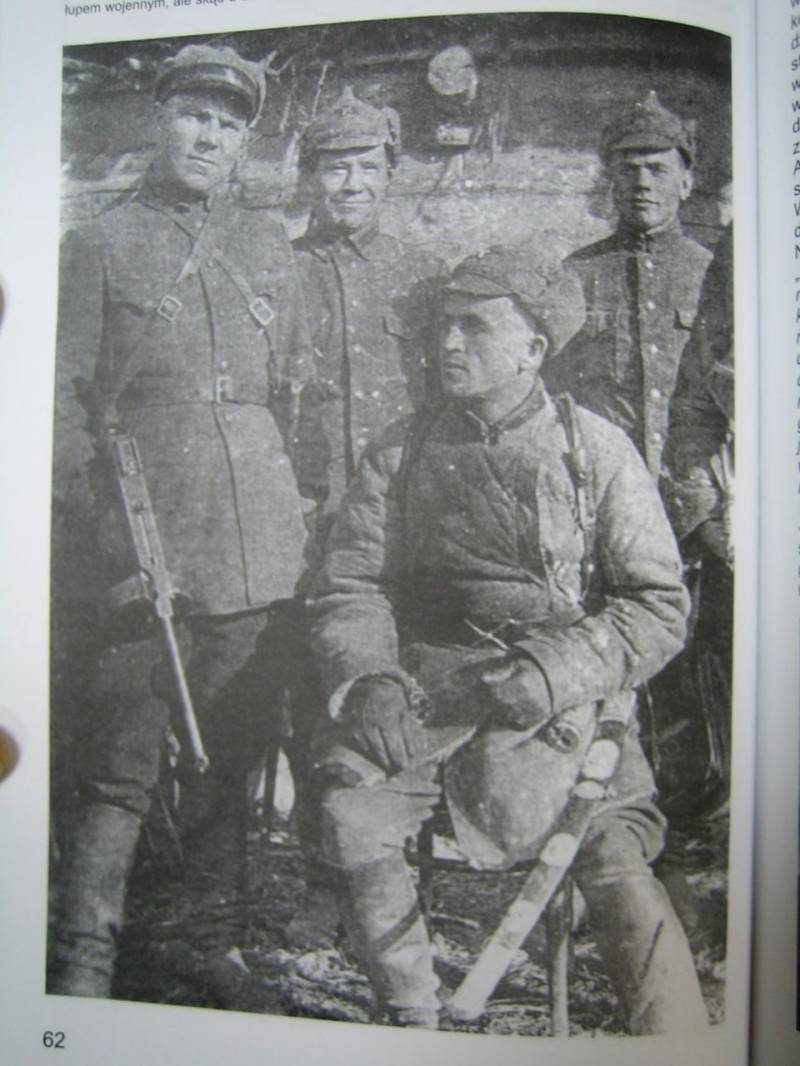 A considerable number, namely 135 thousand, of Thompson's submachine guns were supplied to the USSR as part of the Lend-Lease program, including as additional equipment for a variety of military equipment (Tanks, airplanes, trucks), but they did not get wide distribution due to a number of shortcomings.

You can talk about the lack of effective firing range, sensitivity to pollution, lack of ammunition. 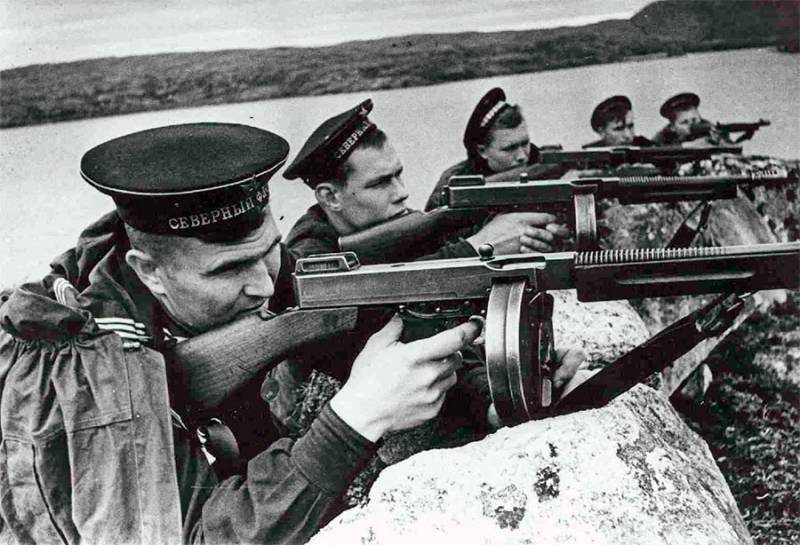 But the main reason was the presence of much more successful models of domestic submachine guns. PPSH-41 and PPS-43 were more practical and in demand among the troops than the Thompsons. 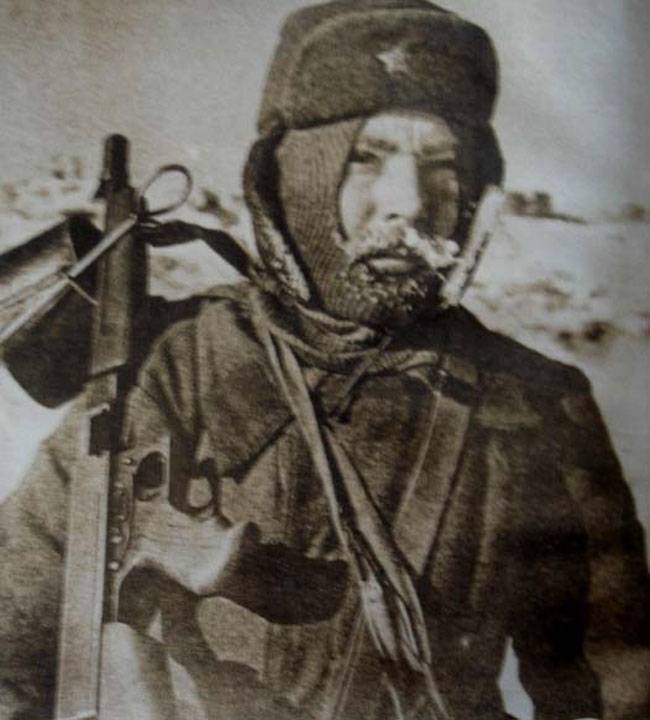 "Thompson" continues to be used in armed conflict to date. 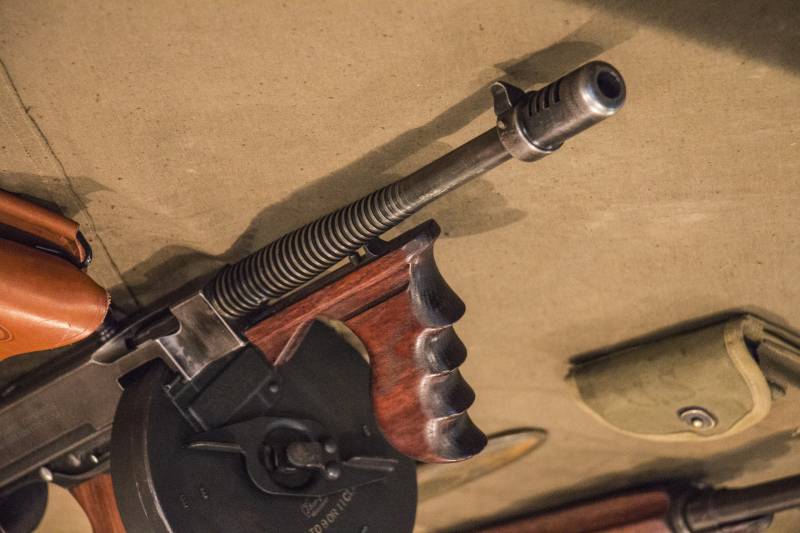 Ctrl Enter
Noticed oshЫbku Highlight text and press. Ctrl + Enter
We are
Reports from the militia of New Russia for 27-28 September 2014 of the yearAutomatic guns for armored combat vehicles. Point of view of a Western specialist
49 comments
Information
Dear reader, to leave comments on the publication, you must to register.