January 15 2018
34
At the exercise in the 4 military district of the National People’s Army of Algeria, in the presence of the Chief of General Staff, General Ahmed Gayid-Salah, firing of the SR5 rocket launcher system manufactured by the Chinese corporation NORINCO was performed for the first time, reports bmpd. 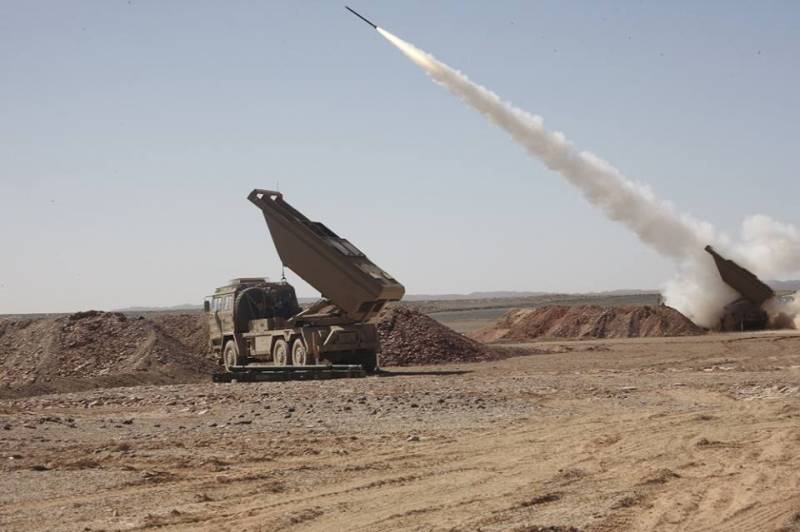 “The combat vehicle of the MLRS SR5 is made on the chassis of the Chinese Taian TA5310 (6x6) and has a modular bikaliber launcher capable of using two transport-launch containers with missiles of two calibers - six 220 mm missiles or 20 missiles of 122 missiles. The launcher is equipped with a charging system for the modules (similar to that used on the American MLRS MLRS), ”the material says.

The Algerian Defense Ministry became the third well-known recipient of the MLRS SR5 after the Marines of Venezuela and Bahrain.

Ctrl Enter
Noticed oshЫbku Highlight text and press. Ctrl + Enter
We are
"Steel rain" in the Baltics: on the location of the British MLRS in Estonia. Treacherous North European theaterT-14 vs. VT-4. Fight in the open spaces of the information space
34 comments
Information
Dear reader, to leave comments on the publication, you must to register.