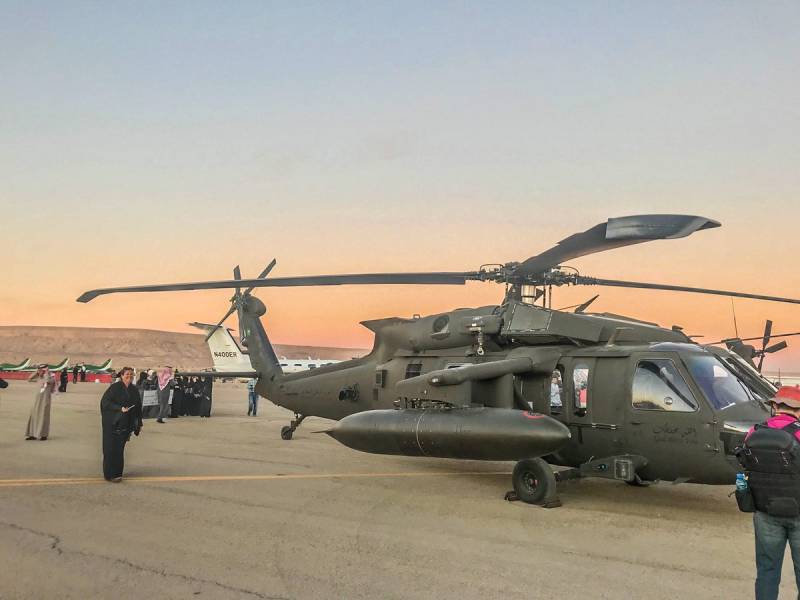 The transaction value was 193,8 million. Helicopters must be delivered in a “unique configuration”.

According to the report, "eight helicopters are designed for the National Guard of Saudi Arabia, and nine for the special forces of the Saudi Arabian ground forces." Delivery must be completed before the end of 2022.

According to the representative of Lockheed Martin, these machines "are not included in the contract of the US Department of Defense received in June 2017 for the production and supply of the National Guard of Saudi Arabia through FMS 115 Black Hawk helicopters - 40 multi-purpose UH-60M and 75 medical-evacuation NN-60M ".

Ctrl Enter
Noticed oshЫbku Highlight text and press. Ctrl + Enter
We are
The 20 rating of the largest arms deals, decisions on which were made in 2012
5 comments
Information
Dear reader, to leave comments on the publication, you must to register.