The country of the insane: why Ukraine was turned into a "chamber number XXUMX" 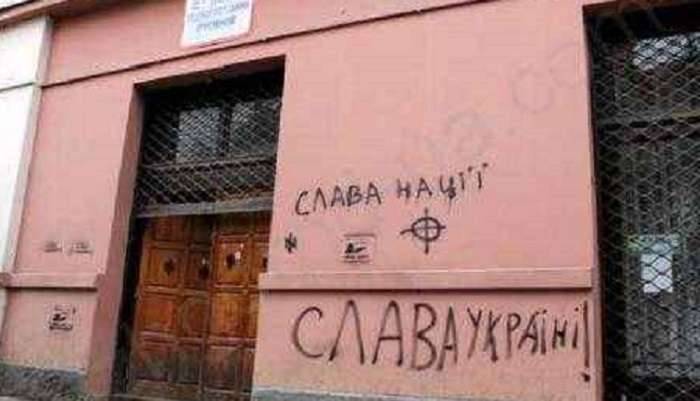 Today, the situation in Kiev has reached the point of complete absurdity. All those stories, which for years various “vytrovichi” told Ukrainians about the Soviet era, miraculously realized in Ukraine. The country today is so much reminiscent of the textbook liberal image of the Soviet Union that you simply marvel.

Did you report on your neighbor? 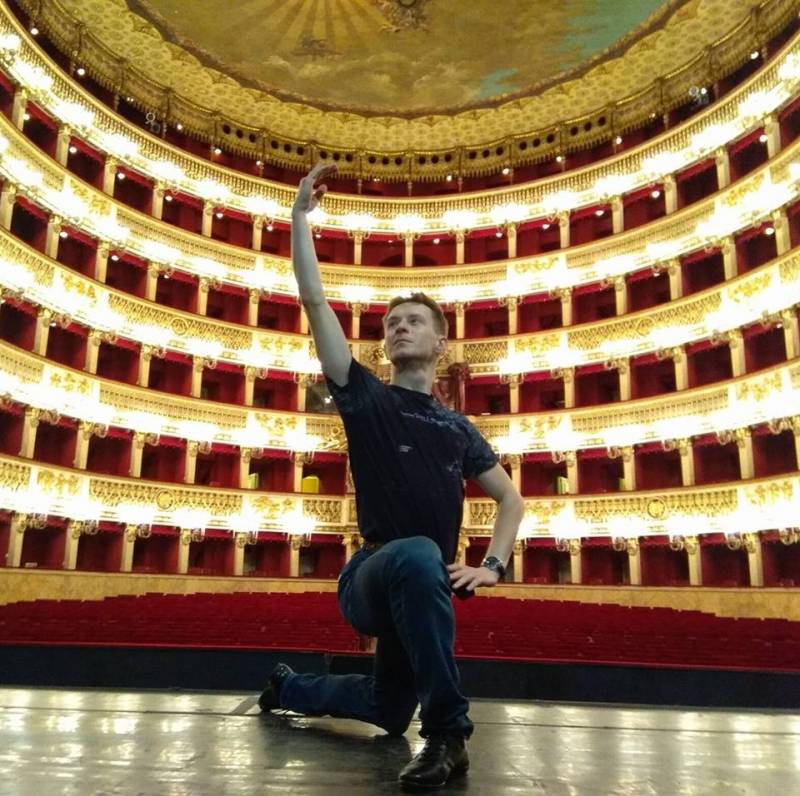 The last high-profile incident that occurred with the artist of the Lviv Opera Nikolai Sanzharevsky, the best confirmation of this. He was accused of separatism on the basis of posts in social networks, which someone on his behalf posted on the Internet. And nobody cares that this account has been listed as being hacked for the third year, and Nikolay himself wrote about it in due time. It is important that someone really wanted him to foul, and he did it. It got to ridiculous: Sandzharevsky had to go to the SBU himself so that they could figure out what had happened.

Ukraine today reminds 37 year in its worst manifestations. Total censorship, the disappearance of people and the personality cult of Stepan Bandera.

No, well, Stalin even had something to glorify. And for what to glorify Bandera? 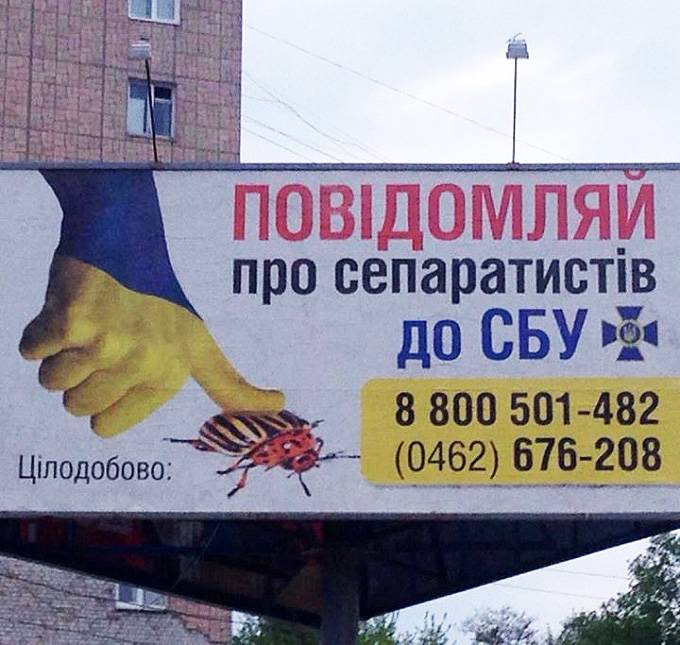 Under the guise of fighting separatism, Ukrainians settle scores with each other. And first of all, famous people, colleagues and even family members are victims. Denunciations, denunciations, around some denunciations that poison people. Wanted to take someone's place - create for him the image of "the enemy of the people", and your place. You didn't share property with your husband - remember his words about Russia from 2000, and he is in your hands. And how Vladimir Zelensky knows best of all about his well-being to public figures. As far as he tried, bowing out in his “patriotism”, he didn’t escape the bitter fate of repentance to the Ukrainian Red Guards. At the same time, all these so-called “patriots” believe that they are fighting with the enemies for the good of the Motherland, without noticing that this struggle is getting worse and worse.

If someone is “guilty” in the result of the disappearance of the state of Ukraine from the map of the world, then it is her too zealous “patriots”.

For that fought for it and ran. This monstrous game has entered the lives of ordinary Ukrainians so much that many residents are literally going crazy. 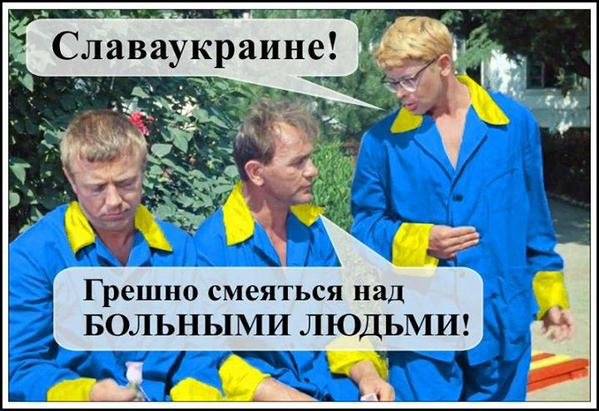 A very significant case occurred in Grebenk, Poltava region, where the duty officer at the station suddenly decided that his boss was an agent of the FSB. In his opinion, she wanted to get important defense information and therefore she is trying to persevere into his duty room. To prevent this, he decided to organize a national self-defense at the station and arranged a blockade of the waiting room ... The funny thing is that it was not the orderlies who detained him, but the police for insulting the passengers. Now the “hero”, at the request of the court, is undergoing a forensic psychiatric examination, which will determine which department will continue to deal with them: law enforcement officers or psychiatrists.

And such cases today is becoming more and more. Behind every corner and in every utterance they try to discern a conspiracy, and the psyche of people simply does not stand up to such a burden.

And let us remember the case of the Zaporozhye priests of the Ukrainian Orthodox Church, who refused to read the funeral service in the church. Not only did those who literally wipe their feet about Christianity in the spring of the protection of the rights of the Orthodox in Ukraine, the state openly joined this process, thus violating the constitution, because no one has the right for any religious community to impose its understanding of the correctness of or other rite.

But after all, someone so eager to push the heads of Ukrainians on religious grounds, that he no longer pays attention to such “trifles”.

Limiting the influence of some confessions to please others (and even more so the creation of a “single local” at the expense of the traditional church) threatens with new big shocks. If this is not stopped, further aggravation of these contradictions will only add hysteria and intensify the political crisis and chaos in society. 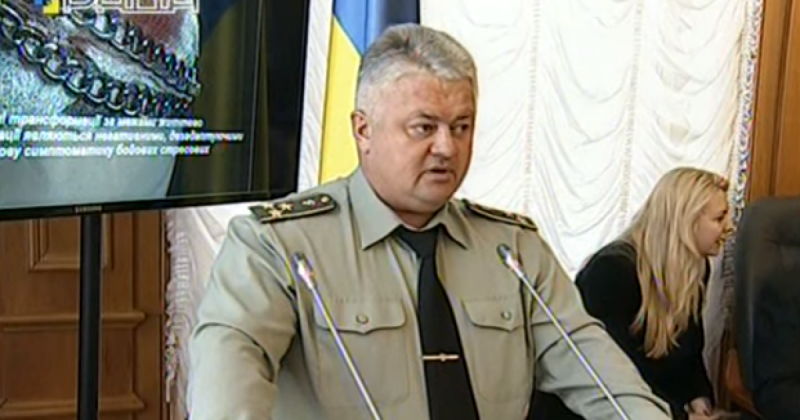 And what to expect from 250 thousands of atoshnikov, 98% of which return from the war mentally ill, and 93% pose a threat to society? For the disclosure of this terrible state secret, the head of the psychiatry clinic of the National Military Medical Clinical Center of the Ministry of Defense of Ukraine, Colonel Oleg Druzh, has already paid with his position.

So, we see how, in just under four years, Ukraine has become a country in which hundreds of thousands of mentally ill people do what they want. For this territory right and adequacy are already in the past. Lawlessness and terror against individual citizens and groups of the population, as well as completely inadequate behavior have become so familiar that they no longer surprise. And the worst thing is that all these phenomena are still timidly, but inevitably, today they begin to penetrate beyond the borders of the country.

There are already activists who sometimes almost literally repeat what is happening in Ukraine today. And it's scary ...

Probably, this is also included in the plans of those who condemned Ukraine to this terrible social experiment. So that it becomes not just a center of destabilization in Europe, but also an endless source of inadequate behavior, which then has to spill over into the territory of adjacent states and thereby contribute to the emergence of chaos in them.

Ctrl Enter
Noticed oshЫbku Highlight text and press. Ctrl + Enter
We are
Reports from the militia of New Russia for 27-28 September 2014 of the yearResults of the week. "Either true or all is well"
117 comments
Information
Dear reader, to leave comments on the publication, you must to register.