January 14 2018
80
The Western coalition, led by the United States, has begun to create in Syria the so-called “border security forces” in its territory, reports RIA News message of the official representative of the alliance. 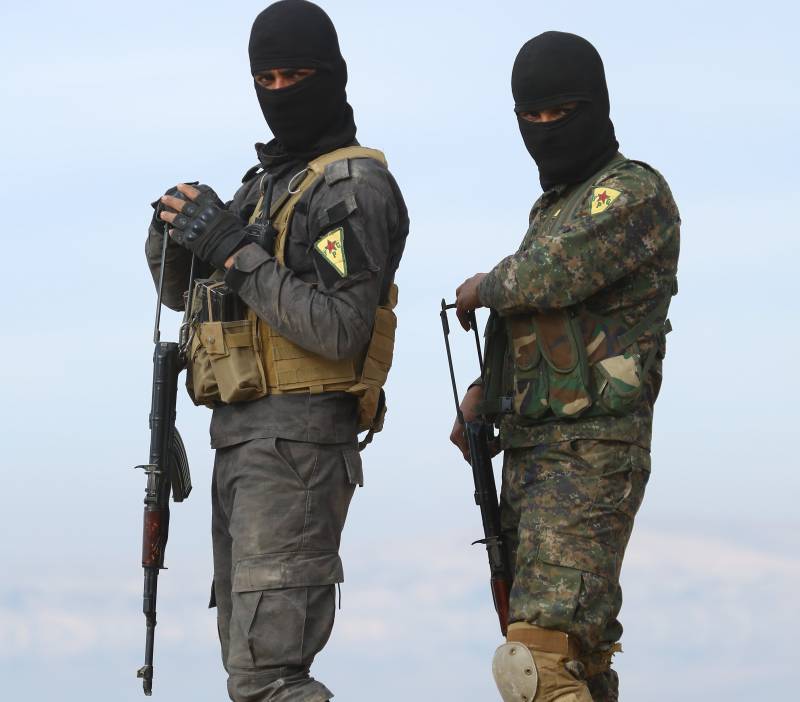 The coalition command is working on this project together with the Syrian Democratic Forces.

Currently, in the first class about 230 people are trained, the ultimate goal is to create a force of about 30 thousand people,
said Alliance Press Officer Thomas Wil.

According to him, "the new forces will be located along the valley of the Euphrates River, currently controlled by the VTS, as well as along the Iraqi and Turkish borders."

Recall that the "Syrian Democratic Forces" were formed with the active support of the United States in 2015, as officially stated, to fight the IG (the group is banned in the Russian Federation). Formations, consisting mainly of Syrian Kurds, received armament from the US coalition and were able to discourage terrorists from a number of areas in the north and east of the country on the left side of the Euphrates River. In addition, the US military and the Syrian opposition under their control took control of the area in the south of the country with the city of Tanf.

Reports of a new Washington initiative in the SAR appeared against the backdrop of threats from Turkish President Erdogan. On the eve, he said that the Turkish army will soon launch an operation in the Manbij and Afrin regions controlled by the YPG. At the same time, the Turkish leader, though he attacked the United States with harsh criticism, nevertheless, expressed the hope that Washington would support Ankara’s efforts.

Ctrl Enter
Noticed oshЫbku Highlight text and press. Ctrl + Enter
We are
The trump card is again in the sleeve of the United States. Consequences of the "de-escalation memorandum", or the test for "softness"
80 comments
Information
Dear reader, to leave comments on the publication, you must to register.