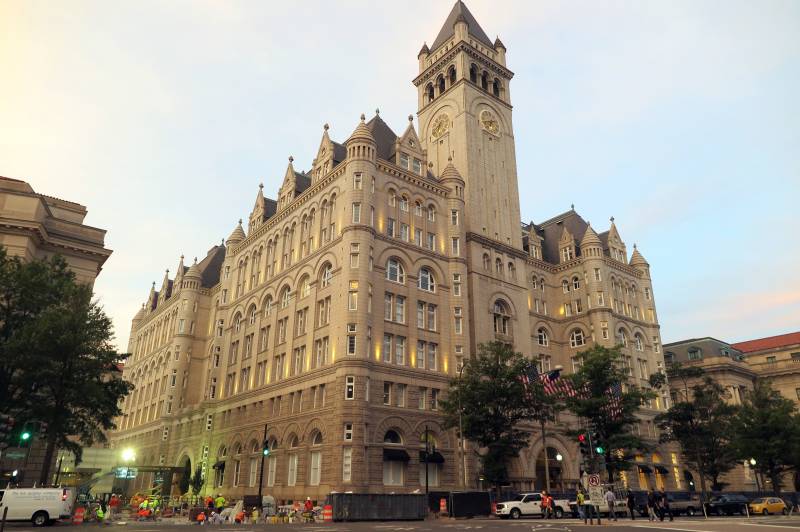 The video was posted on Twitter by Bell Visuals founder Robin Bell, who previously projected phrases, criticized the current president. 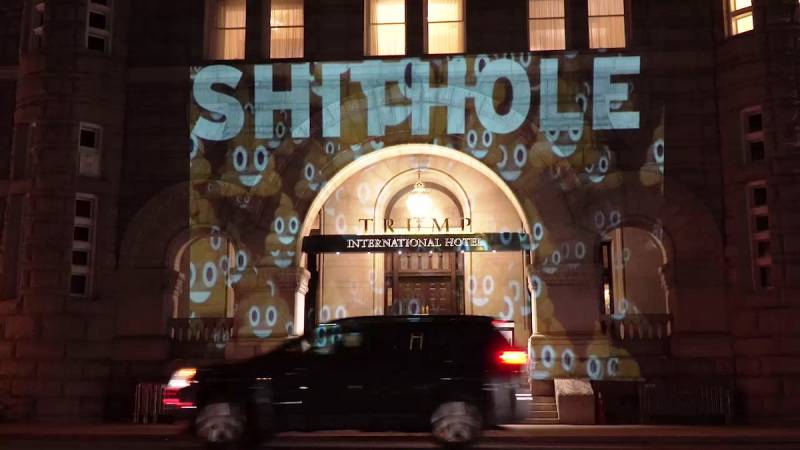 In addition to the “shithole”, other signs appeared on the building, such as: “The President distracts us from the policy that harms the United States”, “We must speak to end the superiority of the white race”

On Friday, the media reported that at a meeting on immigration with senators, Trump called the third world country "gadyushnik." In particular, he allegedly mentioned Haiti, El Salvador, a number of African states.

The African Union and the governments of many countries condemned the words of the president, calling them "racist" and "xenophobic."

Trump himself admitted that he used harsh words, but added that the initiatives on migrants put forward at the meeting were “much worse than his statements.”

Ctrl Enter
Noticed a mistake Highlight text and press. Ctrl + Enter
We are
African Union condemns Trump's words about "gadish countries"
48 comments
Information
Dear reader, to leave comments on the publication, you must to register.