The inflatable module has been successfully working on the ISS for a year and a half. 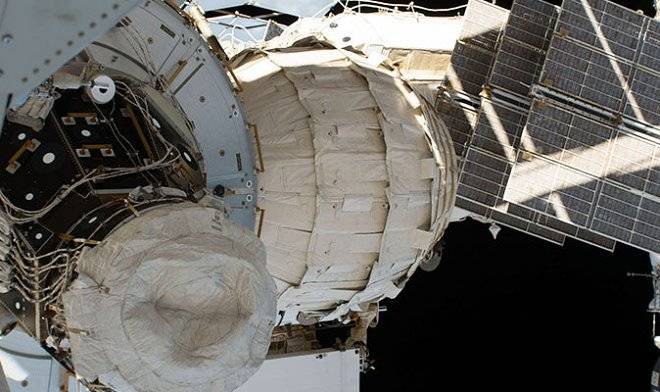 Photo 1. Inflatable module on the ISS


28 May 2016 astronauts MKS were able to successfully deploy an inflatable module BEAM (Bigelow Expandable Activity Module) of the company Bigelow Aerospace. Before that, however, there were problems - the module did not want to inflate. But the reasons were not too critical (summed up by automation, which did not recognize the cutting of the tapes that kept the module case in the folded state), and the problem was solved. 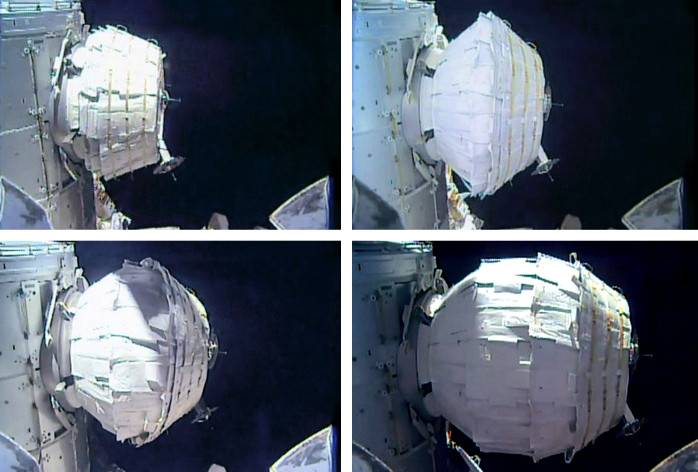 Today we can say that after a year and a half after its delivery to the ISS, the BEAM continues to operate normally, its condition is quite satisfactory, the study showed that modules of this type can be on the ISS for a long time. NASA decided to continue cooperation with Bigelow Aerospace, as it remained satisfied with the state of the module deployed over a year ago. However, now the agency representatives clarified that the inflatable modules will be used only as a warehouse for equipment, residential sectors of the BEAM is not planned to create. The module, which is now in orbit, remains to work for about a year. After a year it will be collected and dumped into the atmosphere of the Earth, where it will burn. Probably two years - the planned life of such modules. It is worth noting that NASA has standard cargo containers called Cargo Transfer Bags (about half a cubic meter). The module can fit around 100 of such objects, which will free up the usable space of other modules in which the load is currently located. Advantages of such systems are called a small volume in the folded state, which facilitates the task of putting a module into orbit. The BEAM mass is 1360 kg with a diameter of 3,2 m and a volume of 16 m3, while the mass of the aluminum Unity module, which is used on the ISS now, is 11793 kg (module volume in the source is not specified. - Note). times more.

Inflatable modules are not inferior to the usual in resistance to damage by debris. Just because there is nothing to concede. The thickness of the standard aluminum modules of the ISS in some places can fall to a couple of millimeters, beyond which the outer layer of the station's energy infrastructure and vacuum. The creators are confident that the walls of the module will withstand the ingress of a micrometricite even better than aluminum structures. If the meteorite breaks through the textile shell, then it will not burst instantly, but will slowly “poison” the air and give time to take action. The walls of BEAM are a bunch of interlayers, inside the inflatable shell of a module-sealed partition, plus inside the gas. A microspray with a diameter of no more than a millimeter will simply evaporate in the gas interlayer inside the outer shell of the module due to aerodynamic drag. Larger fragments, up to a couple of centimeters, will break through both conventional modules and inflatable ones. "Cobblestones" from 7-10 centimeters in diameter and other objects are tracked almost completely by the control service of near-Earth space in the United States and its Russian counterpart (it is doubtful, but in the source. - Note. Aut.). Inflatable modules can pressurize the “hole” at the point of impact, until they restore integrity there. Fixing an inflatable design with a pair of patches is much easier than patching a gap in a standard aluminum module.

In addition to saving space at start-up, among the advantages of such a design, the best sound-absorbing characteristics of textiles are noted compared to traditional aluminum cladding. And the problem of noise on the ISS is very acute: because of the noise, many astronauts do not get enough sleep.

BEAM is only a working model of larger inflatable modules developed by Bigelow Aerospace. Earlier, company representatives said that full-scale B330 modules (a total of two such objects are planned to be manufactured) will be ready for 2020. The volume of each is 330 cubic meters, so they were called so - B330. In the future (in the second half of 2020-ies) Bigelow Aerospace it is planned to build, launch and operate its own orbital station, consisting only of its inflatable modules, including especially large ones (B2100), only trusses and an outer framework will remain metal equipment. 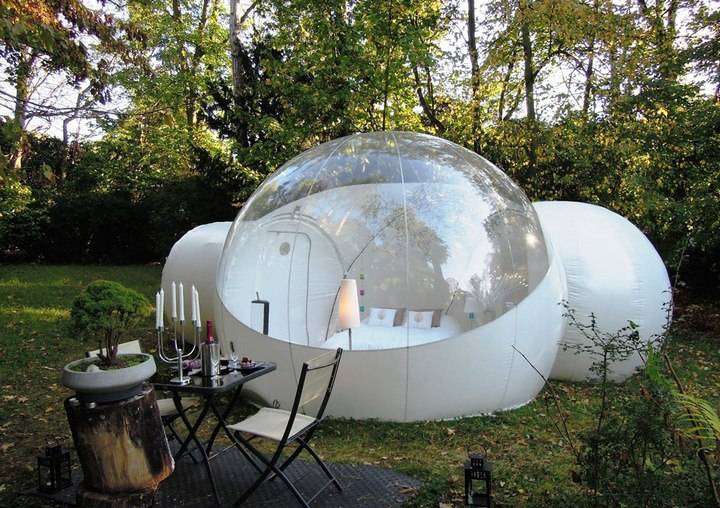 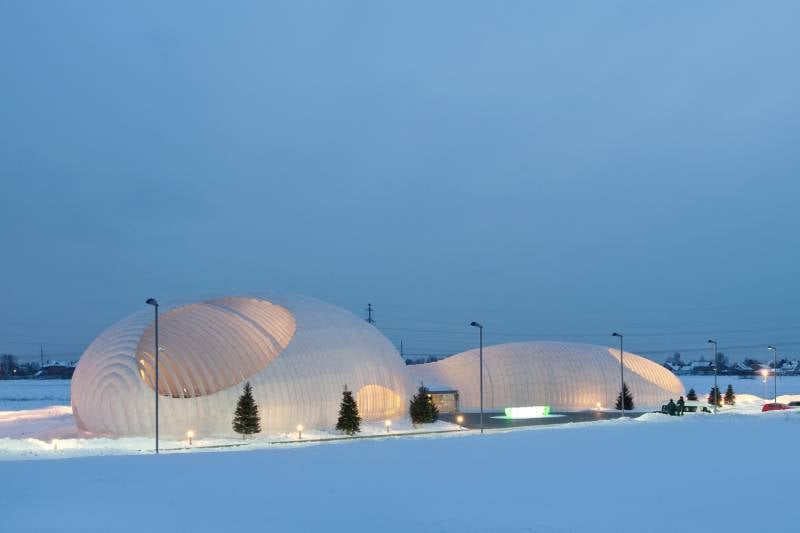 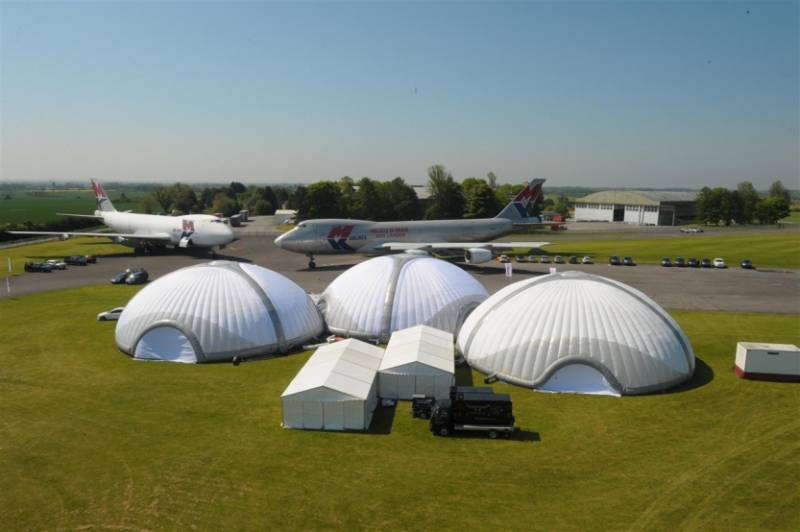 Ctrl Enter
Noticed oshЫbku Highlight text and press. Ctrl + Enter
We are
About Stalin and KhrushchevWhat you didn't want to know about England
46 comments
Information
Dear reader, to leave comments on the publication, you must to register.