January 15 2018
11
Last Friday, United States President Donald Trump did not dare break a nuclear deal with Iran. The influential Israeli lobby in Washington, whose interests are so carefully presented today by the new American administration, received its small bonus in the form of another set of sanctions against 14 of Iranian organizations and individuals accused by the US Treasury of involvement in human rights violations and the development of Iran’s missile program. So the matter is over. 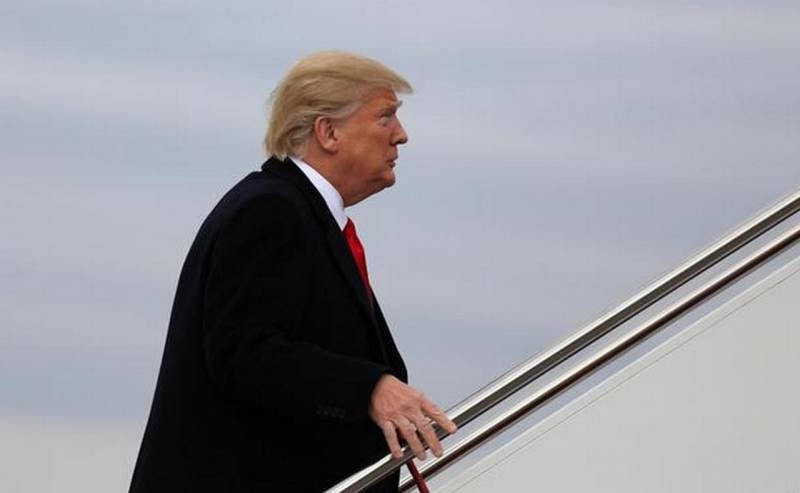 Before the “last chance”

In a statement released on Friday, 12 in January, the head of the White House notes that the sanctions associated with Iran’s nuclear projects remain frozen for the time being. Trump gave Tehran a “last chance” to rework a political agreement, known as the Joint Comprehensive Action Plan on Iran’s nuclear program.

According to Trump, Iran should eliminate the mistakes made at the conclusion of this agreement. If in the near future (120 days are set aside), it is not possible to agree on new conditions for the joint plan, “I will immediately withdraw from the transaction,” the American president noted in a statement. What mistakes did Trump find in the agreement concluded in the summer of 2015 between Iran and the six leading countries of the world (Germany, Great Britain, China, Russia, USA and France)?

The answer to this question has long been known. He was formulated immediately after the conclusion of the transaction by Israeli Prime Minister Benjamin Netanyahu. "The agreement will only increase the risk of nuclear proliferation and the risk of unleashing a horrific war," Netanyahu quoted the Jerusalem Post at a meeting of the Israeli ministers who discussed the document adopted by the Six and Iran. “The agreement in its present framework threatens the existence of Israel.”

This statement caused a public controversy between the Israeli Prime Minister and then US President Barack Obama. Netanyahu even went to Washington, spoke there before the congressmen and repeated his thesis about the threat to the existence of Israel. An active protest by the Israeli leader did not shake the position of the American administration. It was only strengthened after the agreement was approved by the UN Security Council, which adopted the relevant resolution.

Assessing Israel’s objections, experts agreed: Tel Aviv is not satisfied that its main regional rival, after weakening sanctions, will open up the opportunity for economic development and military programs, in particular, missile, not subject to the plan to restrict Iran’s nuclear projects. This explained the diplomatic activity of the Israeli leaders.

She gave the result. The US Congress has not ratified the nuclear deal. Now it rests solely on the decisions of the US President to freeze for the time being the sanctions against Iran. The validity of these decisions is 120 days. Then the document is updated. So it was already five times. Last October, Trump refused to sign another decision.

Everyone was waiting for Congress, as the law requires, to review the issue of terminating US participation in the agreement within 60 days and restore sanctions against Iran in full. However, congressmen had other things to do. They dealt with internal problems. Discussed, in particular, tax reform. The deal with Iran was in limbo.

The Trump administration has not forgotten it. In December, she adopted the 68-page US national security strategy. This document 17 times mentioned Iran. It is characterized as a rogue state, a regime supporting terrorists, destabilizing the situation in the region, etc. It turned out that the matter was not the threat to the world from Tehran’s nuclear projects, but its irreconcilable contradictions with Israel, noted in the rhetoric of the official US document.

Everyone was waiting for 12 January Trump to issue an official withdrawal from the agreement with Iran. However, America’s closest European allies warned Washington against such actions. Recently, they have already obstructed the Americans because of a scandalous US decision on Jerusalem. Everything went to the fact that the situation will repeat mirror.

On January 10, Iranian Foreign Minister Mohammad Javad Zarif discussed with Russian Minister Sergei Lavrov the preservation of a nuclear deal. The next day, Zarif held talks on the same topic with the foreign ministers of Germany, France and the United Kingdom, then with the head of European diplomacy Federica Mogherini.

The common position of Europeans was expressed by German Foreign Minister Sigmar Gabriel. “We urge the United States to help ensure that this treaty lives and continues to be filled with a new life,” said Gabriel after the meeting of three European ministers with their Iranian counterpart. “This agreement shows that the proliferation of nuclear weapons can be prevented by diplomatic means, and its breakdown would be a“ very bad sign ”especially against the background of the conflict over the North Korean nuclear program.”

Indeed, the agreement on the atomic program concluded in 2015 obliged Tehran not to produce nuclear weaponand use nuclear facilities solely to produce a peaceful atom. Implementing the agreement, Iran has conserved thousands of centrifuges, eliminated stocks of enriched uranium, and is now modernizing the reactor for peaceful purposes.

So Federica Mogherini had every reason to state after the talks in Brussels with Mohammad Javad Zarif that the agreement with Iran "makes the world more secure." This is not a new discovery. The European Union began a phased lifting of sanctions against Iran back in 2016. European investors and companies came to the country, and financial lines were blocked earlier.

Americans are another matter. They never unfroze Iranian assets worth billions of dollars. Experts point out that this was one of the reasons for the recent unrest in Iran. The virtual lifting of sanctions did not lead to a significant improvement in the economic situation in the country. Degree of discontent of the population with their position spilled out into mass protests.

The protests, by the way, were used by the Americans both to increase pressure on the Iranian government and the “ayatollah regime” and to justify their demands to change the Joint Comprehensive Action Plan on Iran’s nuclear program. On closer examination, Trump’s ultimatum to Tehran has little to do with control over Iran’s atomic projects.

First of all, the Americans do not separately consider Iran’s nuclear program and its work on the development of ballistic missiles. Even in the conditions when nuclear projects are blocked by an agreement on the 2015 of the year, Washington continues to insist on the closure of Iran’s missile programs. This is a nod to Israel, who does not want to have a military rival in the region.

I remember that the United States justified the installation of anti-missile systems in Poland and Romania with the Iranian missile threat. Now these are two parallel worlds (nuclear and rocket), which are clearly divided in Brussels. Today, they are satisfied with Tehran's contractual capacity.

In the list of “errors” that should be corrected to Iran, Trump recorded Tehran’s obligation to “provide international inspectors with the opportunity to inspect absolutely all the objects that they would require for inspection”. In addition, the Americans insist on the indefinite nature of this agreement. Finally, the Islamic Republic of Iran must guarantee that “it will never be able to acquire nuclear weapons”.

All these requirements seem quite far-fetched. As at the beginning of 2016, the International Atomic Energy Agency (IAEA) noted in its report: "Tehran has completely stopped work on its nuclear program." Since then, IAEA inspectors with access to Iran’s nuclear facilities have already confirmed their first conclusion many times.

Observers are inclined to believe that Iran has become a convenient US sparring partner to showcase its own strength by the Americans and force its allies to act together. This once again convinces the statement of the US ambassador to the UN Nikki Haley, distributed on Saturday by the world media.

Haley called for an “international consensus against Iran’s dangerous and destabilizing behavior.” The Permanent Representative of the United States believes that today it is impossible to allow Tehran "to violate all sorts of international norms and UN resolutions, hiding behind a nuclear deal." According to Hayley, it is necessary to toughen the effect of the “arms embargo that Iran is violating, to break Iran’s financing of terrorism and denounce human rights violations in Iran.”

Nikki Haley, this verbose tirade, showed the world: the cause of Washington’s claims on Tehran is not at all in a nuclear deal. Americans need a regional facility to confirm their strength and hegemony. In the Middle East, Iran has been chosen as such an object. But the world has not yet agreed with this ...

Ctrl Enter
Noticed oshЫbku Highlight text and press. Ctrl + Enter
We are
Europe bucked in the face of surprised AmericaResults of the week. "Either true or all is well"
11 comments
Information
Dear reader, to leave comments on the publication, you must to register.