January 15 2018
83
80 years ago - in January 1938 of the year, the All-Russian Central Executive Committee of Workers', Peasants' and Red Army Deputies' Councils opened the case No.8 / 56-s, which was called “Letters on the renaming of mountains. Moscow. " The case immediately received a secret "secret" and was considered in the Secret Branch of the All-Russian Central Executive Committee SRKKD.


We are talking about a collection of letters from citizens of the USSR, not only and more often even not so many residents of Moscow, who appealed to the party calling for the need to change the name of the Soviet capital. It should be noted that this was the second “stream” of letters about the renaming. The first took place in the 20s after the death of V.Iulianov (Lenin). Citizens (a group of Tambovites), in particular, made a proposal in 1927 about the need to rename the capital of the Soviet Union to the “City of Ilyich” (Ilyich) due to the fact that “Moscow is not a Russian name”. The State Archive of the Russian Federation stores the original of this printed text in which there are such words (the original text is presented without changes):
... "Moscow" in the "City of Ilyich", rightly believing that such a name would tell the mind and heart of the proletariat more than the obsolete and meaningless, besides not Russian and having no logical roots, the name "Moscow".

Out of turn stories it is known that Moscow was not renamed the City of Ilyich then. Moreover, historians are still arguing about the reasons that prompted the authorities to abandon the "popular initiatives". One of the common versions is that the city of the leader of the world proletariat was already worn by the northern capital, and to call in honor of one person (albeit a “leader”) two capitals is overkill. But this is just a version. The short verdict “Do not give a move” was officially published without explaining the reasons, which after many decades gives rise to disputes about these reasons. 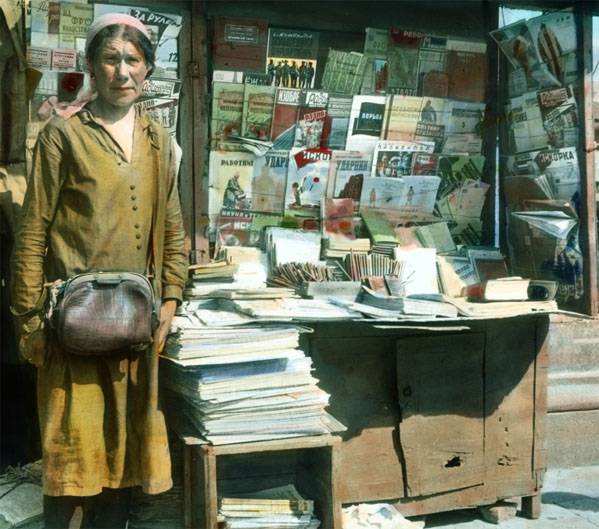 Trade in newspapers and magazines in Moscow. Photo by Branson DeCou (USA), 1931 year

The second wave of letters came at the end of 1937 - the beginning of 1938 of the year. The party again had to form an archive of correspondence, which this time literally demanded that officials rename Moscow to a city in honor of Joseph Stalin. By analogy with the city of Ilyich, they did not propose to rename the city of Vissarionovich - but there were options with playing up the very word “Stalin”. So, one of the most frequent proposals in archival documents sounds like "Stalinadar" ("The Gift of Stalin").

Employees of the General Assembly of the Russian Federation, based on archival data, believe that the first such proposal appeared at the end of December 1937, and the author of it is a member of the Bolshevik party P. Zaitsev. This man, whose biography is virtually unknown, sent a letter to the party leadership, stating that the renaming of the capital to Stalinadar would be perceived "with joy by all the working people of the Earth." The “necessity” of renaming it precisely in “The Gift of Stalin” was described by the appearance of the Constitution of the USSR, which is still referred to as Stalin. The author believed that if the Constitution implies the emergence of a new body of state power - the Supreme Council, the new body should take into account the Stalinist contribution to its formation, and therefore pay tribute to the “Father of Nations”, naming the capital in his honor.

Following this letter came several more epistolary messages, in which it was also proposed to give Moscow the name of Stalinadar. And it is in this version of writing. This suggests that the “people's campaign” could well be directed by representatives of the entourage of the head of state in order to gain more support from him in a very difficult historical period.

Among the arguments for renaming Moscow to Stalinadar was not only the one associated with the appearance of the Stalinist Constitution. In particular, the option of argumentation associated with the “socialist renewal of the capital” was proposed. It was noted that in the Stalin era, a metro appeared in Moscow, new streets and avenues were designed and created, work was carried out to create a canal (talking about the Moscow Canal, originally called Moscow-Volga), and new productions were opened.

From the letter of Elena Chulkova from 2 in January 1938 of the year to Nikolay Yezhov (original text is preserved):
I am an ordinary Soviet woman ... and I am deeply convinced that if I express my thought loudly, she will immediately be enthusiastically taken up by all the peoples of our Union.

Comrade Chulkova sent to Yezhov not only the text in prose, but also poems “encouraging” to rename. Here is a snippet:
The thought flies faster than the bird
Happiness Stalin gave us a gift
And the beautiful capital
Not Moscow - Stalinadar!

However, "Stalinadar", as it turns out, was not the only option as proposals from workers. Despite the fact that for more than a decade the city of Stalingrad was listed on the map of the Country of Soviets, there were citizens who offered to make Moscow also Stalingrad.

And the original correspondence came in, in which the new name of the capital of the USSR sounded like “Stalen Grad Moscow”. The State Archive of the Russian Federation also keeps such a letter. Its author is Polina Golubeva from Kislovodsk, who (judging by the text) did not have a high level of literacy, but possessed what is called an “active citizenship”, and therefore, as she herself thought (or herself? ..), she could not stay without proposals to perpetuate the Stalinist name even during his lifetime. The facts that Comrade Golubev did not really know how to spell the name (pseudonym) of Comrade Stalin, and that Stalingrad already exists, did not prevent her from coming out with a sentence of this nature (the author’s text is given without change):
Dear Comrache Stalin, accept my letter
I ask all the Stalinists of saratnikov to create Moscow. Stalengrad Moscow, as Lenengrad and Moscow, then the real Moscow in old Moscow lived all the rot of the damned, we gradually left them.

Neither Ilyich, nor Stalinadar, nor Stalen Hail the capital of the state eventually became.

Conspiracy theorists say that one of the reasons for the removal from office of the Interior Minister Nikolai Yezhov in November 1938 of the year (first with his transfer to the People's Commissar of the water transport), as well as his subsequent arrest and execution, must somehow be attributed to the fact that it was he who gave the course "civil initiative on the glorification of the name of the great Stalin." Among historians there is another version. It lies in the fact that the “people's will” about renaming Moscow in honor of the head of state was directed by Yezhov’s department, and with his active support. 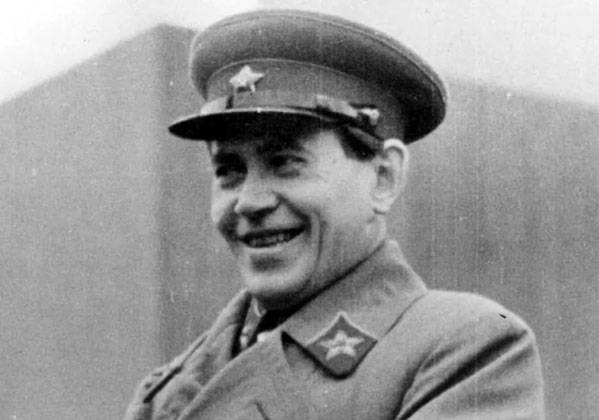 Historians base this theory on the fact that letters from Soviet citizens (in 30-s) began to arrive at the very time when Yezhov headed the NKVD, and after his resignation from this post the flames of initiatives were strangely extinguished. In any case, it is possible to base only on declassified documents - letters with initiatives about changing the name of the capital. Perhaps there were other letters. But in any case, no incentive initiatives from above were received, and Moscow remained Moscow. Moreover, it would be naive to believe that Stalin himself knew nothing about the initiatives, and therefore it is likely that the attempts of flattery and servility were stopped by him personally, as an earlier attempt to rename the USSR from the Union of Soviet Socialist Republics to the Union of Soviet Stalinist Republics.

Author:
Volodin Alexey (according to the materials of the GA of the Russian Federation)
Photos used:
Branson Deco, Wikipedia

Ctrl Enter
Noticed oshЫbku Highlight text and press. Ctrl + Enter
We are
Chernobyl notebook. Part of 3My grandfather's front-line letters (part 2)
83 comments
Information
Dear reader, to leave comments on the publication, you must to register.