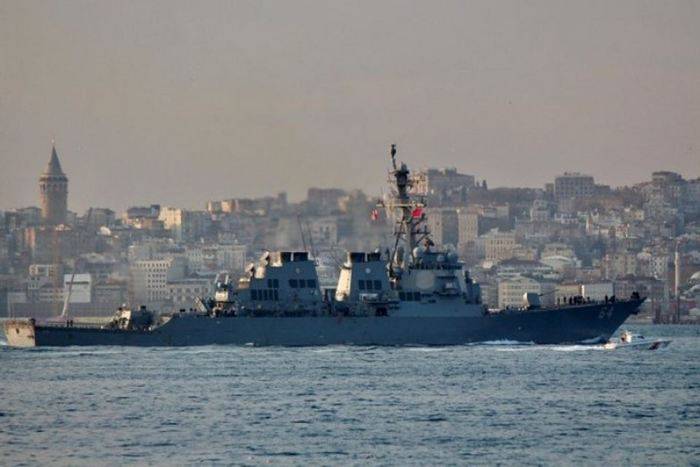 As previously reported, the US Navy ship carrying the Tomahawk cruise missiles besides the Standard-2 anti-missile missiles, and 56 January entered the Black Sea. During his stay there, he visited Odessa from 5 to 8 in January.

During their stay in the Black Sea, the destroyer crew conducted training sessions with aviation Naval Forces of the Armed Forces, as a result of which two helicopters of the Ukrainian Naval Forces Ka-27pch and Ka-27pr made several landings on board the ship. According to the press center of the Navy of the Armed Forces of Ukraine, these actions Ukraine confirmed the conformity of its forces to NATO standards.

The last time the Karni destroyer visited the Black Sea last July together with the US Navy missile cruiser Hugh City (USS Hue City CG 66) to participate in the Sea-Breeze 2017 US-Ukrainian military exercise.

Ctrl Enter
Noticed oshЫbku Highlight text and press. Ctrl + Enter
We are
Ukrainian Navy held joint exercises with the US Navy destroyerUSS Carney (DDG-64) entered the Black Sea
69 comments
Information
Dear reader, to leave comments on the publication, you must to register.