January 13 2018
61
The Turkish Armed Forces opened fire on Saturday on the positions of Syrian Kurds from the Popular Self-Defense Forces (SNS) detachments. About this reported channel Haberturk. 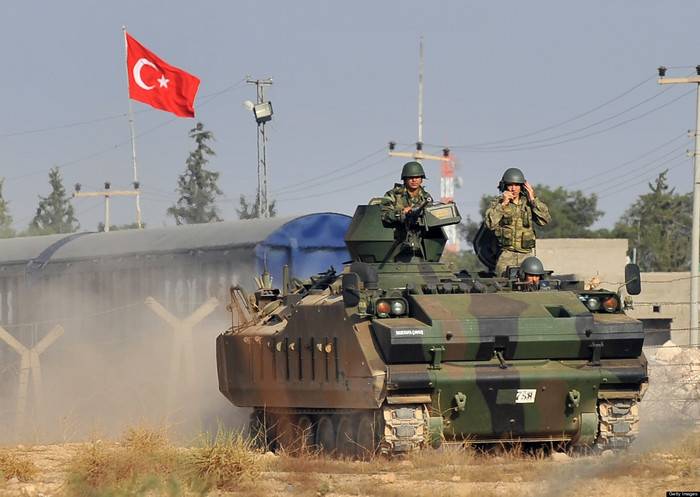 According to the channel, the fire was opened from artillery installations from the territory of the bordering Turkish province of Hatay in response to the shelling of Turkish territory.

President Tayyip Erdogan on Saturday said that if "the terrorists in Afrin do not surrender, then Turkey will destroy them."

Ankara considers the SNA and the Syrian Democratic Union party to be a branch of the Kurdistan Workers Party banned in Turkey. Over the past months, Erdogan has repeatedly spoken about the possibility of conducting a military operation against them in the Syrian canton of Afrin.

Earlier, Ankara has repeatedly condemned Washington for military support of the YPG, which Turkey considers a terrorist organization associated with the Kurdistan Workers Party banned in the country.

Ctrl Enter
Noticed oshЫbku Highlight text and press. Ctrl + Enter
We are
Reports from the militia of New Russia for 13-14 September 2014 of the year
61 comment
Information
Dear reader, to leave comments on the publication, you must to register.