January 13 2018
59
Information service Bloomberg publishes material on countries that violate the OPEC + agreement to reduce oil production. The material, in particular, provides statistics from the Minister of Economy of the Republic of Kazakhstan Timur Suleimenov. Statistics show that the Republic of 2017, according to the results of the year, increased the production of "black gold" by 10,5%. Kazakhstan's oil production amounts to 86,2 million tons.


It was also noted that Kazakhstan plans to increase oil production in the 2018 year, bringing it to the value of 87 million tons per year. This was announced earlier by the Minister of Energy of Kazakhstan Kanat Bozumbayev. 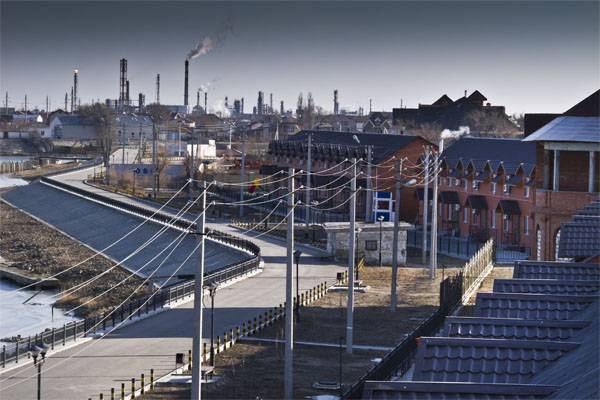 Thus, Bloomberg states that Kazakhstan has become the second country after Iraq, which violates the agreement of OPEC and other countries-exporters of oil (OPEC +). The agreement states that the permissible figure is 1,74 million barrels per day, while Kazakhstan already produces about 1,8 million.

There were reports in Kazakhstani media that in the event of a violation of the agreement of one of the countries, several states, including Russia, promised to increase oil production. However, at the moment there has been no increase in production volumes. At the same time, a barrel of “black gold” is trading at a mark that closely approximates 70 dollars. This mark, apparently, more than suits all players in the oil market, including the United States. The fact is that in the USA, after the price of 60 dollars per barrel, the shale industry, which is still frozen, becomes profitable again.