January 12 2018
143
Seventeen countries, including the United States, reaffirmed their intention to intercept ships and cargo that violate the sanctions against the DPRK, from the corresponding statement in support of UN Security Council resolutions 2375 and 2397. 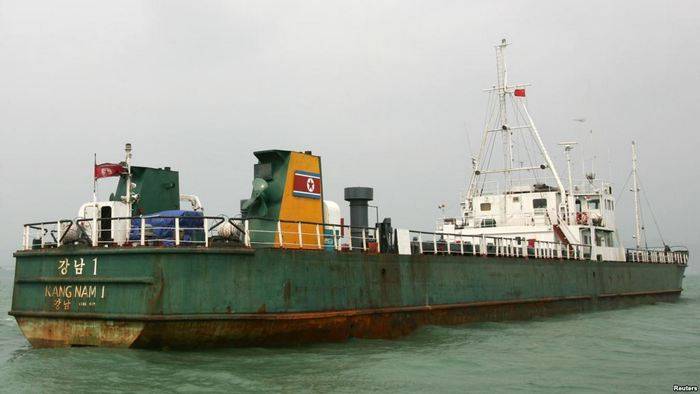 Countries undertake to conduct inspections on the high seas and, if necessary, to send suspected ships to their ports. Also, these countries will prohibit in their jurisdiction to transfer goods that were loaded from vessels trading with the DPRK. In addition, they pledged to destroy any intercepted cargo that violates UN sanctions.

The UN Security Council has repeatedly tightened sanctions against North Korea in 2017 due to Pyongyang’s nuclear and missile program. According to the US, the ban turned up to 90% of North Korean exports.

Earlier, North Korean leader Kim Jong-un said that the DPRK will not experience difficulties even if "the enemies impose sanctions on 10 and 100 years."

Ctrl Enter
Noticed oshЫbku Highlight text and press. Ctrl + Enter
We are
Does the White House want to "control" Vladivostok?The Black Sea Fleet has not passed the inspection of the Ministry of Defense
143 comments
Information
Dear reader, to leave comments on the publication, you must to register.