Under the sands undermined the BRDM APU

January 12 2018
93
Ukrainian media reported on a BRDM mine bombing, which killed two soldiers of the Armed Forces of Ukraine.


The incident occurred in the village of Sands near Donetsk. There BRDM APU, intending to cross the local river, ran into a mine. The explosion was so strong that the armored car was literally torn to pieces, and its twisted pieces scattered over 200 meters. Remains of BRDM turned over and thrown into the water. 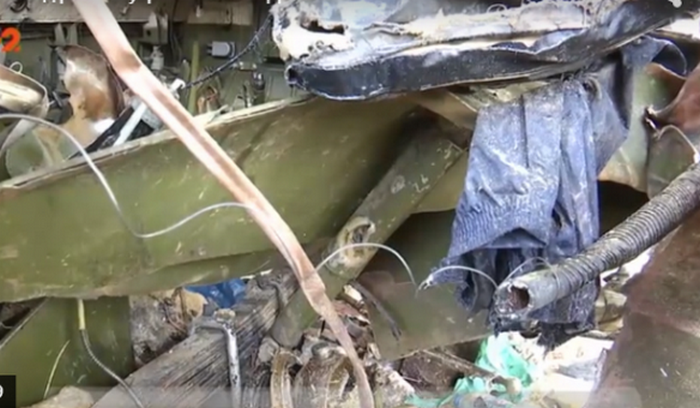 Broken metal, wheel turned, scattered remnants of equipment and clothing - such an explosion would not withstand any armor
- write media

It is known that the first fighter named “Green” served in the 34 battalion of the Armed Forces of Ukraine from the beginning of hostilities in the Donbas.

Ctrl Enter
Noticed oshЫbku Highlight text and press. Ctrl + Enter
We are
Reports from the militia of New Russia for 4-5 of October 2014 of the year
93 comments
Information
Dear reader, to leave comments on the publication, you must to register.