Another "Friday of Wrath" in Palestine

January 12 2018
33
In Palestine today, regular meetings and demonstrations against Washington’s recognition of Jerusalem as the Israeli capital are held. Events traditionally held recently on Fridays and are called "Friday of anger." During the speeches of the Palestinians, clashes with Israeli policemen and soldiers, ending in bloodshed on both sides (more often with the Palestinian one), are becoming a frequent occurrence.


Mass demonstrations take place in the West Bank and in Gaza, where they again burn tires and Israeli flags, at the same time urging the international community not to be led by the United States and Israel and not to recognize Jerusalem as the capital of Israel. 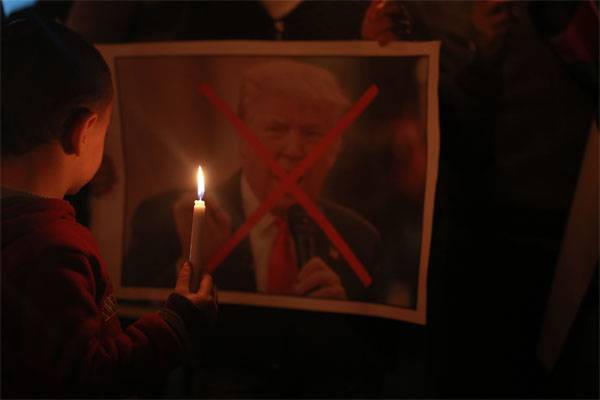 In Palestine itself, it is noted that clashes are often provoked by residents of Jewish settlements.

Against this background, reports come from Egypt that official Cairo is attempting to resume dialogue between the Palestinian parties Fatah and Hamas.

Ctrl Enter
Noticed oshЫbku Highlight text and press. Ctrl + Enter
We are
Trump "realized the reality" and recognized Jerusalem as the capital of Israel. Trump countered the whole world!New clashes between Palestinians and Israeli security forces. There are victims
33 comments
Information
Dear reader, to leave comments on the publication, you must to register.