January 12 2018
23
A new heavy flamethrower system "Tosochka" has been developed, and a prototype is being created, the press service of the Tekhmash concern reported.

NPO "Splav" is working on the manufacture of a prototype of a new generation of heavy flame-throwing system "Tosochka" for preliminary tests. The system with improved tactical and technical characteristics will be performed on a wheeled chassis
- said the general director of the concern "Techmash" Vladimir Lepin 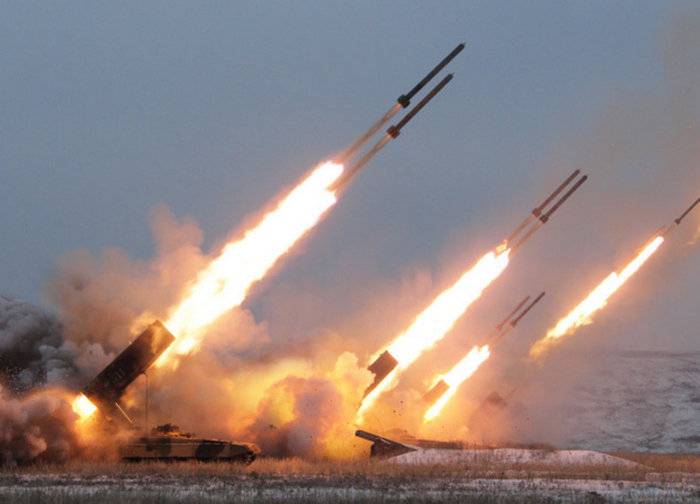 He also said that in 2017, in the framework of the investment program at NPO Splav, the Breakthrough project was launched, aimed at expanding production capacity. Within the project, a new workshop was acquired. Its commissioning is scheduled for 2019 year. The mass production of shells for the newest Tornado-S rocket launcher system will be deployed on this site.

Lepin said that in parallel, a new direction for the enterprise will be mastered - the production of combat and transport-charging vehicles. The project will allow "Splavu" to go from the discharge of pilot production to serial production. On the basis of the new plant, the production of standard shells for the Grad multiple rocket launcher will also be deployed.

In 2017, NPO Splav increased the supply of products for state defense orders by an average of 78% compared with the previous year. At the same time, the supply of unguided rockets "Sunpinek" increased more than 8,6 times

Ctrl Enter
Noticed oshЫbku Highlight text and press. Ctrl + Enter
We are
Deliveries of the new Tosochka TOS are planned from 2018 of the year
23 comments
Information
Dear reader, to leave comments on the publication, you must to register.