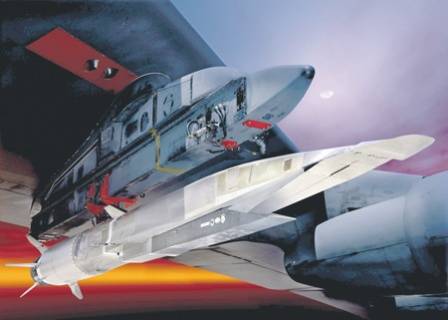 When the Soviet Union collapsed, the country choked in a stream of a wide variety of information. At the same time, numerous projects and promising developments suddenly lost the “secret” stamp, and the need for one or another weapons began to argue amateurs, not having the necessary knowledge.

If such publicity existed in the USSR, then it is highly likely that such projects as the reusable space-rocket system Energia-Buran would have remained on paper. Would not have to create and "Spiral". Or take, for example, the plane T-4, titanium "Weave." We realized it in time, saving a lot of money. And how much has been invested in the development of nuclear power plants for aircraft, and all for nothing. The situation with the project of the Tu-144 passenger was no better. True, from all these projects something useful was learned, but this smallness did not pay for the investment.

There are many such examples associated with unnecessary or not having practical application, not only in the aircraft industry, but also in other areas. But the most unpleasant is that seemingly educated people do not want to learn from the mistakes of the past, offering and supporting ideas that are harmful to the country.

It is one thing to conduct research aimed at providing promising developments, and another, to “take the bull by the horns” at once, launching experimental samples into serial production that did not pass the test. The main source of such ridiculous decisions was politics, but it seems that today it also overcomes the minds of some specialists. And the press can only inflate words abandoned by famous personalities.

ON THE EMPTY PLACE

Recently, all the bowl you can hear the arguments about hypersonic aircraft. We began to speak about special flights more than half a century ago about flights that were five or more times faster than sound speed, and in all seriousness, when we still had no idea even about supersonic speeds. Various schemes of power plants and the aircraft themselves (LA) were considered, they even tried to simulate something on the ground stands and in flight. But before the full-scale implementation of hypersonic projects over the past decades, it has not reached. The only aircrafts flying at hypersonic speed are still descendable spacecraft and the head parts of intercontinental ballistic missiles, but they are not even indirectly related to aircraft manufacturing.

Of course, you can refer to the flights of the experimental American X-15 aircraft, as well as the Space Shuttle and Buran spacecraft, but it should be understood that the duration of their flight at hypersonic speed is calculated in minutes. But there are all sorts of sensational messages, only encouraging the arms race.

THE FATE OF MIG

Not long ago, the State Duma of the Russian Federation held hearings on the resumption of serial production of the MiG-31 interceptor fighter, which seemed to have nothing to do with it. This aircraft completed the evolution of the E-15 family of OKB A.I. Mikoyan. True, the tasks facing him are still relevant, but the level of engineering technology on which it was based is a thing of the past. This spawned talk of creating a new interceptor fighter. He was even dubbed as the MiG-41, and some editions replicate the hypothetical drawings of the future car. However, as experience shows, in fact, the new machine usually turns out to be quite a different look, more close to the earth, than it is served in the media.

At the same time, Honored Test Pilot, Hero of Russia Anatoly Kvochur in February 2014 of the year, commenting on the report of State Duma Deputy Alexander Tarnaev on the development of the MiG-41 in Russia based on the MiG-31, in an interview with RIA News reported that the newest interceptor MiG-41 should fly at a speed exceeding the sound one no less than 4 – 4,3 times, that is, close to hypersonic. Only few people think about what will give the interceptor these extra 1000 km / h? If this is true, and not misinformation, then the new “MiG” can become a reality no earlier than 2030 of the year.

Kvochur's statement followed the publication in the American magazine Aviation Week & Space Technology on November 1, 2013 of an article by Guy Norris entitled Exclusive: Skunk Works Reveals SR-71 Successor Plan on the development by Lockheed Martin of the promising high-altitude reconnaissance aircraft SR-72 with turbo-ramjet engines, capable of performing flight at a speed 5,5-6 times higher than the sound speed. Its first flight prototype is scheduled to take off in 2020. But the American project should not be classified as a shock one, it will be so expensive that if it comes to mass production, then overseas will be limited to the release of no more than a dozen cars, at best.

It is not possible to implement in the foreseeable future and the Russian project. Such airplanes will be extremely expensive and much more complicated than the MiG-31, since they will have to solve numerous problems associated with the creation of turbo-jet engines (these are the most high-tech units in the aircraft industry) and with the cooling of very heat-stressed airframe components heated from air friction to 500 – 600 degrees Celsius (limit for titanium), and the life support of the crew.

Yes, in our country science does not stand still, and there is some experience in creating direct-flow jet engines, including those intended for hypersonic speed flight (scramjet). In the "NVO" this was repeatedly reported. In particular, it was told about the joint creation in 1970 of the Khimki design bureau “Fakel” and the CIAM of the hypersonic flying laboratory (GLL) “Cold”. Its basis was the anti-aircraft missile 5B28 complex C-200В. At the same time on the bow of the product 5В28 placed experimental scramjet E-57. According to media reports, the studies were successful and an invaluable experimental result was obtained.

But one thing is a scramjet, and another thing is a combined turbo-jet propulsion system, since the plane must take off from the airfield, accelerate to a speed of at least 3 thousand km / h, and then the scramjet must enter, and the turbojet engine must shut down. Similar power plants were considered by engineers half a century ago, but they never appeared. It cannot be ruled out that for hypersonic aircraft that take off independently from the airfield, it will be necessary to create even more complex engines, including a variable cycle.

Another difficult task facing the creators of a combat vehicle will be the safe launch of rockets from the cargo compartment into a high-speed environment, since it is simply impossible to place them on the external suspension of a hypersonic carrier, again because of the aerodynamic heating, and they will create such a huge resistance. that the economy will have to forget. What is good on paper is not always good in practice.

As an example, I will give the surface temperature of the SR-71 when flying in cruise mode at a speed corresponding to the number M = 3. The temperature of the front edges and the inside of the air intake is approximately 427 degrees Celsius, and on the outer surface of the skin in the afterburner of the engines is almost 600 degrees.

Remember the words of A.N. Tupolev, abandoned sukhovtsami about T-4: "Do you want to ruin the country?". Time has confirmed the correctness of Andrei Nikolaevich, since his place was taken by a simpler and cheaper bomber-missile carrier Tu-22М3.

AND AGAIN ON THE RAKE

You can, of course, return to the steel hull, similar to that used on the MiG-25, or to the thin-walled structures of the "Steel" 1930-s aircraft. And surely these structures should be cooled, especially for their most heat-stressed nodes. But whether this will achieve the final result is unknown.

In 1958, we were already attacking an almost “hypersonic rake” when the military wanted to see the E-155 interceptor flying at a speed of 4 thousand km / h at an altitude of 30 to 50 km, and intercept any air targets at the turn of 140 – 170 km Fortunately, there was no such goal, and they thought better of it in time.

Hypersonic speed in the aircraft industry is not far off. But it is not manned vehicles that should be so speedy, but unmanned reconnaissance aircraft and combat missiles. But even here there are “pitfalls”: for example, how to protect a nuclear warhead from the same heat. And without it in the future war you will not manage, despite the huge stock of kinetic energy of a high-speed rocket. Yes, and start such products are likely to be not from hypersonic, but supersonic manned aircraft carriers, and this direction is quite realistic.

True, even in this capacity, it will not be easy to create such products, and it will take more than a decade. Just one example: the development of the X-31 winged supersonic missile with its active financing took more than 20 years, work went on from the 1977 year.

Ctrl Enter
Noticed oshЫbku Highlight text and press. Ctrl + Enter
We are
About Stalin and KhrushchevWhat you didn't want to know about England
59 comments
Information
Dear reader, to leave comments on the publication, you must to register.