January 12 2018
9
The artillery division of a mountain motorized rifle compound stationed in Tuva was re-equipped with new 120-millimeter self-propelled artillery Nona-SVK, the assistant to the commander of the troops of the Central Military District (TsVO) Colonel Yaroslav Roshchupkin said. 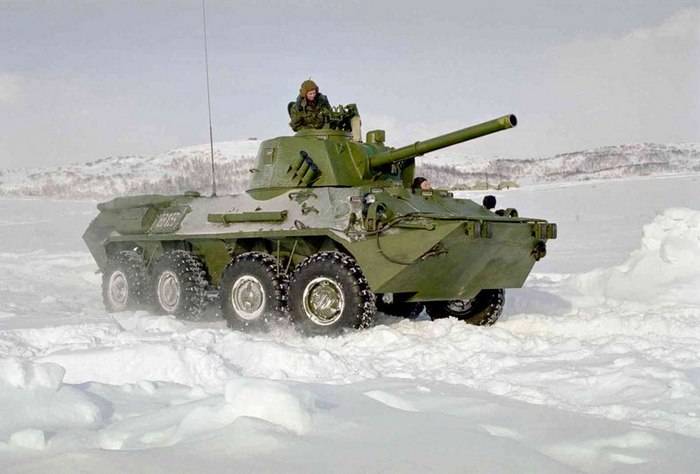 Artillery installations "Nona-SVK", the most effective in the mountainous terrain, were received by the state defense order in the motorized rifle brigade of the Central Military District, deployed in the Republic of Tyva. Artillery compound completely re-equipped with new samples.
- He said.

"Nona-SVK" is designed to destroy enemy targets at a distance of 12,5 km, capable of firing corrective projectiles with the probability of hitting targets 0,8-0,9. Allows you to conduct aimed fire from closed positions and direct fire. It is possible to shoot all types of 120-mm min, including foreign production.

In the autumn of last year, units of the mountain rifle brigade of the Central Military District deployed from Kyzyl successfully completed combat training tasks during joint antiterrorist maneuvers at the Forish training ground in Uzbekistan, as well as CSTO peacekeeping exercises in Kazakhstan.

Ctrl Enter
Noticed oshЫbku Highlight text and press. Ctrl + Enter
We are
Russia will hold joint exercises with the Armed Forces of Uzbekistan at the Forish testing ground in October 2017Yurginskaya brigade of the Central Military District re-armed to T-72B3
9 comments
Information
Dear reader, to leave comments on the publication, you must to register.