The Atlantic Council is tired ...

January 13 2018
35
Diana Francis, Senior Researcher of the Atlantic Council of the United States NGO, spoke on the official NGO website with an article-ultimatum to the Ukrainian “odious elites” and personally to President Petro Poroshenko. “If the regime refuses to reform the country,” Atlantic Diana predicts a “third Maidan,” but very civilized, Atlantic: after such a revolution, there will be no chaos in Ukraine. 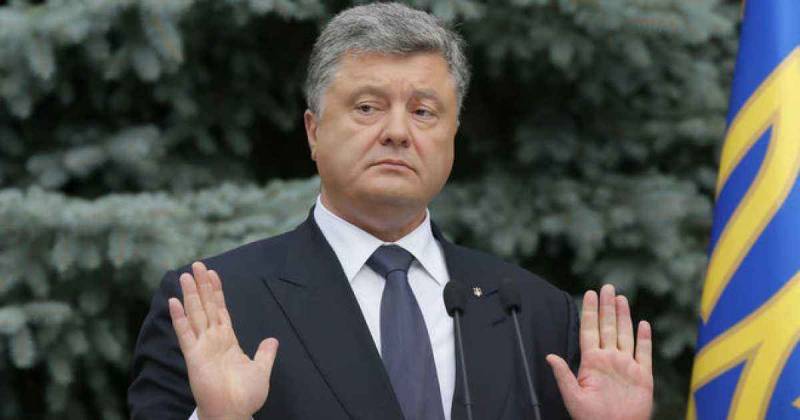 Why, after all, the revolution after all? Because in Ukraine, “besides a powerful conscription army, there are many patriotic veterans. This fact fundamentally changes the quality of any future street revolution. ” Translated from the Atlantic, this means that they are planning a military coup with the revolutionary extras.

The authorities will transfer to the already created “management infrastructure to which hundreds of honest (simply burns! - auth.) Parliamentarians, managers, financiers, lawyers, activists are involved. They are already holding informal meetings, the Kiev group of technocrats from 200 is able to effect an immediate peaceful transfer of power, ”Diana Francis reports details of a future coup.

This statement is not a US Department of State, but a no less serious structure, to which experts Petro Poroshenko spoke at 2014 on her assumption of the presidency, she approved, blessed and rewarded with an honorary award for devotion to democracy. And now that's so unhappy! In principle, this is the American "mafia in law", which does not warn twice, but simply adds a hired sniper's bullet or a coup d'etat to its good word. Perhaps this is a special department of the State Department, but this secret can only be learned by Vladimir Putin.

In general, the article of the senior scientific (!) Employee on the official site of the Atlantic Council amazes with a mixture of lofty words with arrogant stupidity, cynicism, and a frank form of order all the same to President Poroshenko from a non-governmental organization. Announcing the demolition plan of the “Poroshenko regime” is already open, not at all embarrassed to show their dirty underwear from “honest activists”, apparently, neo-Nazis.

Atlantic Diana repeated all the points of the ultimatum of the Maidan of Saakashvili in the form of “unfinished tasks” that Poroshenko faces: to pass the law on the Anti-Corruption Court, “allowing it to become independent”, that is, in the American edition, “as demanded by Western donors”; ensure the integrity of the National Anti-Corruption Bureau; to deprive immunity of the deputies of the Rada by adding the ban on political propaganda on television during elections. For some reason, Saakashvili did not mention, apparently with a view to conspiracy, so that no one would guess that he was their protege.

Moreover, Poroshenko must immediately withdraw his bill in the Rada on an anti-corruption court and bring in the correct one, mocks Peter as if he were deceased. How can all this be done immediately? “Poroshenko has little time,” this Diana understands Peter’s position, but the Atlantic Council is tired, probably, as a sailor Zheleznyak was tired of once listening to empty speeches of the Constituent Assembly in revolutionary Petrograd. The "Atlantic Council" was tired even of the Russophobic, but empty speeches of Peter.

I wonder where the US special envoy to Ukraine Kurt Volker had suddenly disappeared? Now the "Atlantic Council" taxis instead? It was Kurt, it seems, that Peter Poroshenko’s empty speeches reached the liver. It looks like Poroshenko promised Kurt the offensive of the Ukrainian Armed Forces in the Donbas, and he put Mihomuidan on 7 November 2017 for a year.

And Poroshenko deceived a whole US special representative: instead of an offensive he slipped “toad jumps” of the Armed Forces of Ukraine with artillery shelling. Kurt Volker, naturally, was offended, and now we see Diana from the Atlantic Council. We note that Atlantic Diana simply removes Mihomoydan from Volker’s pause, and calls Poroshenko to answer, which he cannot fulfill without losing his face. In fact, it is a punishment for not fulfilling the promised Walker.

The term of ultimatum is somewhat hidden in the fog. “The anti-corruption court should be created immediately,” states Diana Francis, and predicts: “If the transformations are not carried out, an outbreak of street protests on the eve of the elections is possible. They will receive widespread support from the international community. Ukrainians will get a chance to overthrow odious elites. ” And Western intelligence agencies, as is the case in such cases, will bring up fresh “cookies” and the best snipers. However, 200 technocrats are ready to get down to business: "immediately implement a peaceful transfer of power." From Petro Poroshenko to whom?

Mikheil Saakashvili on the day of publication of the expert opinion of Diana Francis on January 11 canceled a protest march scheduled for Sunday on January 21 to hold talks with other opposition forces in the country. And, probably, with these same 200 technicians. Is Saakashvili himself, this “golden boy” of Hillary Clinton, among those technocrats? What should they do if the Anti-Corruption Court is not immediately created by Petro Poroshenko? Probably, they are in touch with Diana, and she will give them Atlantic advice.

The cynicism of all this is amazing. The Atlantic Council itself declares that it is the political roof of Saakashvili and the think tank of the third Maidan for the demolition of odious elites and Poroshenko. Moreover, he gives a signal to the coup, notifies all its participants about the decision, so that they do not hesitate and act in concert. Poroshenko’s humiliating tone of the ultimatum: “immediately” withdraw its draft law and submit it to another parliament, says that the decision on its demolition has already been taken.

All this porridge is allegedly being cooked by the “Atlantic Council”, and the State Department, no matter what, the reception ... The US Department of Defense, by coincidence, suddenly announced the non-delivery of neither Javelinov nor any other ATGM to Ukraine. And it is clear why: the USA will deliver a new coup d'etat to Ukraine, and completely different weapons are attached to it.

Ctrl Enter
Noticed oshЫbku Highlight text and press. Ctrl + Enter
We are
Results of the week. "Either true or all is well"Yuri Drozdov: Russia prepared the role of the sacrificial calf
35 comments
Information
Dear reader, to leave comments on the publication, you must to register.