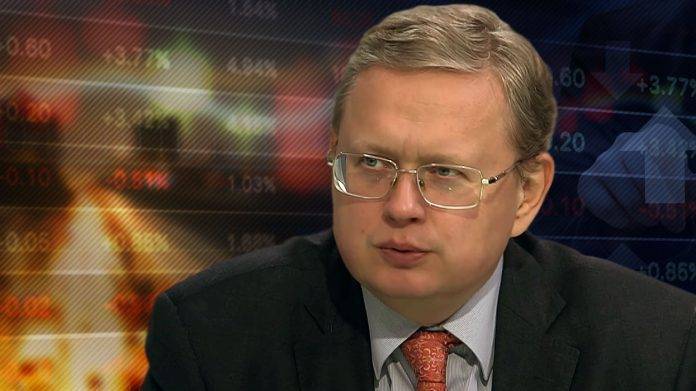 Due to the dependence of the socio-economic bloc of the state on the outgoing global speculative monopolies, the conflict with the West due to the Nazi coup in Kiev and reunification with the Crimea led to the formation of a hybrid state.

Foreign, defense and in many respects domestic policies are reoriented towards the sovereignty of Russia and, accordingly, the interests of the people. Socio-economic policy is “stuck” in the 90-s and, according to the norms of modern liberalism, serves global monopolies and their compradorism against the people.

The hybrid state is more complex than dual power, since the boundary between value systems lies not only within structures, but also within individuals. You can laugh at patriots, in the pauses between speeches about sovereignty singing dachas in Finland, you can marvel proudly under the sanctions of "offshore aristocrats" - but these contradictions reflect the reality: the border between patriotism and liberal treachery passes inside the members of the power crowd. The political process is still in the movement of this border: a minority go into liberalism, kicking themselves out of Russia, most painfully (since this contradicts not only material interests, but also 90’s social instincts) drifts towards patriotism.

But the time of inertial drift ends: liberal socio-economic policy no longer robs, but destroys Russia in the interests of global speculators.

After all, the expansion of the zone of chaos that is vital for them requires the destruction of our country.

In addition, for a business crisis - this is the time when it ceases to receive the usual income and for the sake of profit is forced to reduce costs. And, since the strongest field commander sells oil several times cheaper than the weakest state, reducing costs in relation to Russia requires the replacement of the state by flocks of field commanders.

The defeat of Clinton weakened the structures implementing these strategies, but they did not disappear anywhere, and in Russia as well.

The most monstrous lie of the liberals - borrowed from 90's "no money" at the time when the federal budget is choking on them: on December 1 its reserves amounted to 7,5 trillion rubles. From the year of 2004, when they began to save, it was possible to build a new world on them, not just to modernize the country.

But liberals have another task: supporting Western financial systems in the interests of global monopolies. Therefore, the “stash” (about 2,6 trillion rubles) is kept in rubles, and the rest in the form of the Reserve Fund and the main part of the National Welfare Fund is still transferred to the West - for the benefit of the countries that have launched a cold war of annihilation against Russia.

In the regions and municipalities, a monstrous budget crisis is organized, destroying the social and production sphere as such (for the taxman who is forced to find money for the region’s survival starts to treat entrepreneurs according to the camp principle “die today and I tomorrow”).

The situation is exacerbated by the actual ban on development, expressed as a percentage of the loan, which exceeds the profitability of most industries, and the refusal to limit financial speculation. The latter is necessary for any financial system at the level of modern Russian maturity: countries that did not make it in time did not have chances to become developed, as the money allocated for development, like in the autumn of 1992, escaped to speculative markets.

But they need corruption: corrupt officials are no less effective than the liberal authorities, withdrawing its assets from the country, turning them into a resource of global monopolies. Therefore, anti-corruption tantrums are accompanied by a softening of the punishment for corruption, up to the possibility of paying off for the identified bribes at the expense of the undetected.

In the end, the quintessence of liberal socio-economic policy is not even a robbery of people, but the destruction of their very lives. According to Rosstat, 19.2 million. according to the results of the third quarter, it has incomes below the subsistence minimum, that is, it dies slowly, and regressive taxation of incomes (according to the principle “the poorer a person is, the more he has to pay”) and administrative terror has been ousted to “30 million Russians.”

The fall in income and consumption is aggravated by credit bondage, collector terror and a rise in fees, including the extortionate taxation of real estate (which will increase 5 times over 4) and arbitrary (the difference in rates between Moscow and St. Petersburg - 7,5 times) overhaul collection.

The demographic damage (unborn and prematurely dead with migration) of liberal reforms for Russia is estimated to be higher than the effects of the war: 21,6 million. against 17 million (for 1946 year). And the birth rate is largely ensured by poorly integrating migrants, which destroys society.

Despair and hopelessness, in which entire regions of Russia are immersed, are inconceivable for megalopolises.

The seeming stupidity of the Russian liberals is caused by the fundamental gap between the goals that they have to declare due to their position in the state and the real goals of the global monopolies they serve.

However, the inexorable movement towards the collapse of the global market and the collapse of liberal ideology generated by it turns the liberals accustomed to their infallibility and impunity into chickens with severed heads: they still run and dirty, but can no longer peck at anyone.

Preserving the hybrid character of our state until the world collapses into a global depression means its destruction and immersion of the country in a new Troubles, in which Russia will become the field of struggle of other civilizations, and Russian civilization may die.

The only way of guaranteed survival is the return of the state to the service of the people, that is, the completion is not so much of the “Crimean” as the Russian spring.

In this respect, conservatism in the postmodern era has indeed become a progressive revolutionary force, and liberalism has long degenerated into the darkest reaction.

In practice, the seizure of the people by the state and thus its salvation from the control of global monopolies is expressed in the modernization of the infrastructure, creating a new country based on the technologies of tomorrow. This requires limiting corruption, financial speculation and arbitrariness of monopolies, conscious protectionism at least at the level of the European Union, guaranteeing a living wage, and then growing social standards, restoring health care and education, overcoming the pension crisis and the shadow economy by introducing a normal, progressive scale of income taxation.

Returning from liberal reforms to normality requires the normalization of the state — the brain and the hands of society. Such normalization is simplified as the global crisis deepens, but it leaves less and less time for the vital preparation for a breakdown in the global depression.

Ctrl Enter
Noticed oshЫbku Highlight text and press. Ctrl + Enter
We are
The world we leave, the world we enter, and the world between themThe West without the USSR: the world goes to an ideological explosion
217 comments
Information
Dear reader, to leave comments on the publication, you must to register.