US report: Russia plays a dominant role in the economy of Bulgaria 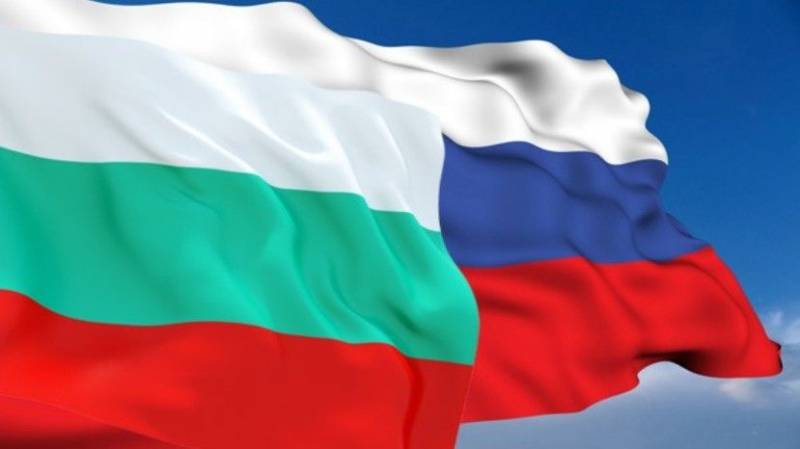 Russia has a serious influence on the politics, business and energy sector of Bulgaria, even despite the country's membership in the EU and NATO, alleged in a report compiled by staff of the US Senate Committee on International AffairsThis was the first large-scale study of the strategy and tactics used by the Kremlin in the past two decades to intervene in political processes in Europe and the USA.

“Russia influences Bulgaria through its dominant role in the country's economy, mainly in the energy sector, as well as through propaganda, relations with political parties, cultural events and strongly influences the Bulgarian army, which continues to rely on Soviet-time equipment,” in the report.

“Sustainable historical relations between Bulgaria and Russia make the country unique among other EU and NATO countries, and requires constant vigilance regarding the effects of Russian influence in the country. ”

The 200 document with the title “Putin’s Asymmetric Attack on Democracy in Russia and Europe: Implications for US National Security” was prepared on the initiative of Democratic Senator Ben Cardin. Introducing the report, Senator stated that “while President Trump is practically inactive, Mr. Putin continues to improve his asymmetrical arsenal and look for opportunities to undermine the democratic and international institutions created by the United States and Europe over the past 70 years.”

The report emphasizes that Moscow influences Bulgaria with the help of soft power and energy dependence.

The Bulgarian Socialist Party (BSP) continues to maintain good relations with Moscow, and its chairman Cornelia Ninova constantly calls for the lifting of European sanctions against Russia, the report says. The Attack Party continuously calls for rapprochement with Russia and opposes Bulgaria’s membership in the EU and NATO. Its leader, Volen Siderov, began the election campaign of 2014 of the year in Moscow, the report says.

The document also notes that the government of Boyko Borisov declares the implementation of the EU and NATO engagements.

“As long as the history of Bulgarian-Russian relations is based on liberation from the Ottoman yoke, Moscow’s modern methods of influence will focus on soft power, energy, political and cultural influence,” the report emphasizes.

The document also cites research data from the non-governmental organization GLOBSEC, according to which around 70% of Bulgarians have a positive attitude towards Vladimir Putin, which is the highest rating among all EU countries.

The report notes that Bulgaria is almost completely dependent on Russian oil and gas. The country is counting on supplies from Russia of fuel for the Kozloduy NPP, which produces 35% of electricity in Bulgaria.

In one of the poorest countries in Europe, whose population is aging, social factors play a huge role in the success of the Russian campaigns in Bulgaria.

With the help of the Russkiy Mir Foundation, the Russian government supports organizations that “in partnership with the Russian Orthodox Church popularize the Russian language and Russian culture.” There are six such centers in Bulgaria, the report says.

Russia used the 2016 presidential election of the year to influence Bulgarian politics. During the election campaign, the then director of the Russian Institute for Strategic Studies, Leonid Reshetnikov, visited Bulgaria, where he met with Cornelia Ninova, recalled in the report and mentioned the presence of an alleged strategic document that helped the presidential election to win the election of the BSP candidate. However, becoming President Rumen Radev does not cease to declare support for the country's membership in the EU and NATO, the report stresses.

The Kremlin continues to interfere in the internal affairs of Bulgaria after the presidential elections. More than 300 Bulgarian sites spread pro-Russian propaganda before the parliamentary elections of the year 2017. Kremlin-sponsored trolls also play a significant role in enhancing Russian influence in Bulgaria.

Nevertheless, the country continues to actively participate in NATO missions, the report stresses. However, outdated military equipment, on whose support Bulgaria relies mainly on Russia, makes it difficult to fully fulfill the country's duties.

The Bulgarian government should urgently reduce its dependence on Russian weapons "in the light of the Law on Countering America's Opponents through Sanctions," the report says. This law gives the right to impose sanctions on countries closely cooperating with Russia in the defense and energy sectors.

The report contains more 30 recommendations, which, according to Senator Ben Cardin, should be immediately implemented by the White House.

Among them is the creation by the US president of an interdepartmental center that would take over the coordination of politics and the elaboration of a response to the actions of the Kremlin. The United States must also expand the assistance provided to its allies in Europe and to those countries that are not yet capable of independently resisting Russian financial, energy and information aggression. A model for creating a new international coalition could be the principles according to which the Global Coalition against the “Islamic State” was formed.

One of the most effective tools by the authors of the study is disclosure of information about corruption in Russia.

"The US Treasury must make public any intelligence on the corruption and personal condition of Mr. Putin hiding abroad, and take steps, together with our European allies, to cut Mr. Putin and members of his inner circle from access to global financial system, ”the document says.

Ctrl Enter
Noticed oshЫbku Highlight text and press. Ctrl + Enter
We are
The past, present and future of Russia's energy strategyGlobal Leviathan
14 comments
Information
Dear reader, to leave comments on the publication, you must to register.