January 11 2018
39
The state tests of the 11711 "Ivan Gren" lead landing ship will continue in the 2018 year, and only by their results will it become part of the Navy, reports RIA News message source in the United Shipbuilding Corporation (USC). 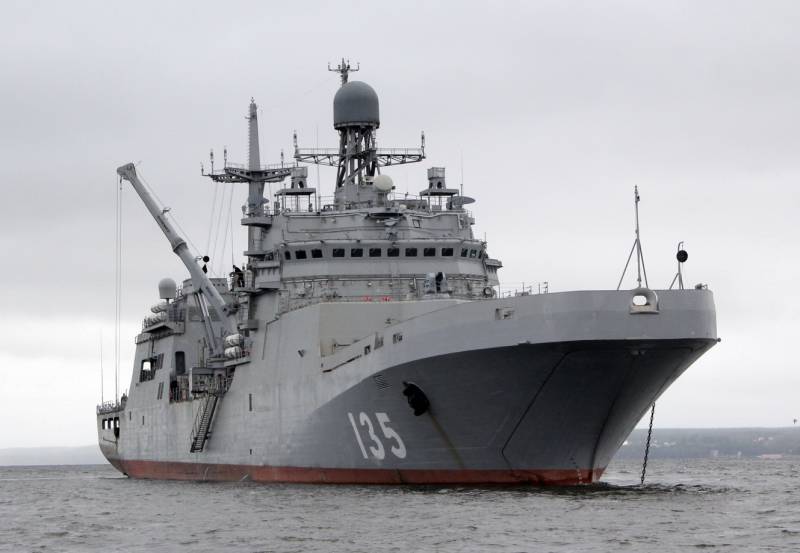 Earlier, the head of the USC Alexei Rakhmanov said that the ship will be transferred the fleet until the end of 2017.

The lead landing ship of the 11711 project "Ivan Gren" will join the fleet following the completion of state tests,
the interlocutor said, without specifying the reasons for the postponement.

He stressed that “the ship will be handed over to the customer after the completion of state tests in 2018”.

Recall BDK "Ivan Gren" was laid in December 2004, launched in May 2012, the mooring trials began in October 2015. The ship proceeded to factory running trials in June 2016 of the year. The implementation of the state testing program began in the Baltic Sea on November 30.

By order of the Ministry of Defense of the Russian Federation, the Yantar plant is building another ship of this project, the Peter Morgunov, which must be handed over to the fleet in the current year.

Ctrl Enter
Noticed oshЫbku Highlight text and press. Ctrl + Enter
We are
Large landing ship project 11711 "Ivan Gren" and its capabilitiesThe future of the 11711 BDK is defined.
39 comments
Information
Dear reader, to leave comments on the publication, you must to register.