The Swedes have no chance against the Russians. Finns have

January 12 2018
45
Sweden and Finland are “in a difficult position”: the Russians are expected to attack. When it is exactly held, experts do not report, but the time has already come for panic. Do not panic try only in Denmark. 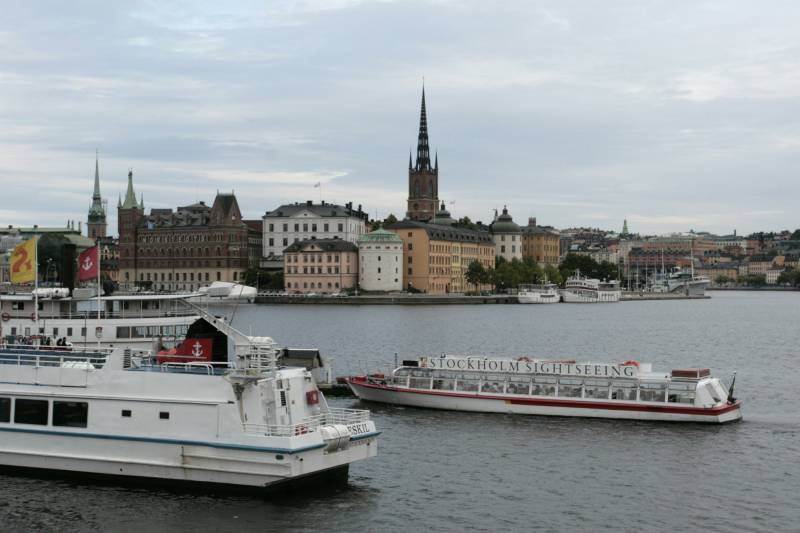 Stockholm. Russian until you see!

Simon Freiesleben in the Danish subscription edition "Berlingske" told about the danger threatening the Swedes and the Finns. Sweden and Finland are “in a difficult position”, since from then on, the Russian attack on both countries cannot be ruled out. Especially hard for the Swedes - the Finns have at least a large army, and they will be able to set up a considerable number of soldiers against Russia.

The fact that Russia’s attack on Sweden is not excluded is stated in a special report. The wording turned out to be sensational for Swedish citizens, the newspaper notes. Here it is: henceforth it is impossible to rule out the Russian attack on Sweden. Such a terrible statement of experts is explained by the “occupation of Ukraine” and “military provocations” of the Russians in the Baltic Sea.

Jorgen Staun, an expert on Russian politics, who works for the Strategy Institute of the Danish Military Academy, is well aware of the Swedes' concern about the Russian threat.

According to him, the Swedes are closely watching Russia. The expert report 2016 of the Research Institute of the Universal Defense of Sweden noted that the Russian military power had doubled since 2013. This power is truly great. And experts fear not at all missiles with nuclear warheads. On the contrary, there are conventional types of weapons.

The report mentioned said that the Russian army could independently carry out two interventions. In each invasion, Moscow employs a hundred and fifty thousand soldiers. The security of the Russians themselves will be their nuclear shield: the Russians continuously protect the territory of the Russian Federation, keeping the nuclear defense “in readiness,” the expert says. All this puts Sweden and Finland "in a difficult position," believes Jørgen Staun, and immediately recalls that both countries are "non-aligned."

And Sweden in the defense relation is much more vulnerable, than Finland.

Finland is much better armed. According to Stauna, she is capable of delivering thousands of people to 280 under the gun in a short time. Sweden can put up no more than 15 of thousands of soldiers, or even 10. Therefore, the Swedes have no chances to defend the territory, the analyst notes with sadness.

Poor with chances even for elementary survival. Why? No infrastructure, no money. That is why the defense report recommends that in the next five years 325 million crowns be poured into the repair of bomb shelters. The former Minister of Defense of Sweden, B. von Sydow, not without irony, made it clear to the citizens that the authorities of the country are acting very, very slowly. He told the journalist of the newspaper “Politiken” that the authorities would need a whole week to mobilize, and therefore ordinary citizens are recommended to “keep themselves”, without any state support.

(This speech does not remind anyone the expression of one political celebrity: no money, but do you hold on?)

This statement created a huge response and reached the neighboring countries.

He was commented, for example, in the same Denmark. Art. Researcher at the Danish Institute for International Studies, Hans Mouritz, apparently performed some kind of retrospective analysis, as he made an interesting conclusion: in his words, stories It is hardly possible to find other similar statements.

The statement of the former Minister of Defense of Sweden simply amazed him. Moritz also allows the speaker to have a “military psychosis”. Probably, this is something like appeals for the purchase of canned food and other things.

Such assertions middle-aged Mouritsen does not remember since the Cold War. For example, in 1960-s. leaflets were distributed among the population warning citizens about the threats of nuclear attacks.

According to the researcher, such statements are "risky." Such assertions can cause a negative effect in the shortest possible time, because the likelihood of war in society is perceived hard and is accompanied by great fears.

As for the evaluation of Jörgen Staun, mentioned above, he believes that in the event of a possible conflict in the Baltic Sea, Denmark is unlikely to be left out of it.

According to the scenarios of the Russian military maneuvers, the Baltic Sea is closed so that NATO ships could not come to the rescue of the states of the Baltic region. Denmark in this scenario will be something like a "transit station", where NATO members will store their materials, and then send them further. In short, the involvement of Denmark in a military conflict with the Russians is inevitable.

Despite such gloomy forecasts, no Russian threat is felt in Denmark itself. If the Swedes panic and fear, then the Danes are calm. The only thing Denmark thinks about is the influence of Trump's American policy on European military policy. The same Maurice recalls Trump's demand for NATO countries to increase defense budgets.

Last, we add, it is logical and understandable. Denmark is a member of NATO, and the oldest member. This state is one of the founders of the North Atlantic Alliance and participates in this “defense” alliance with 1949 of the year.

But Sweden is not involved in the alliance, and it is not for nothing that the Danish expert Jorgen Staun reminded that both she and Finland are non-aligned countries. Sweden and Finland signed a cooperation agreement with NATO under a program called “Partnership for Peace” with NATO in May, and from time to time political debates erupted in both countries regarding future NATO membership. However, according to opinion polls, citizens are not at all eager to join the NATO military. That is why the thesis of the “Russian threat” is being intensified by various foreign “institutions”: they are trying to force Sweden and Finland into the alliance.

Fortunately, in Europe there are still no normal people who speak about the “attack” of Russians on Sweden and Finland as a manifestation of military psychosis.

Ctrl Enter
Noticed oshЫbku Highlight text and press. Ctrl + Enter
We are
Migrants go north. The specifics of the migration situation in ScandinaviaSituational analysis of the death of the MH17 flight (Malaysian Boeing 777), made on the basis of engineering analysis from 15.08.2014
45 comments
Information
Dear reader, to leave comments on the publication, you must to register.