The continuation of the war in Syria goes against Putin's plans

January 11 2018
97
The war in Syria continues, the German edition of the Süddeutsche Zeitung writes, and this goes against Putin’s plans, which needs silence in Syria before the elections. 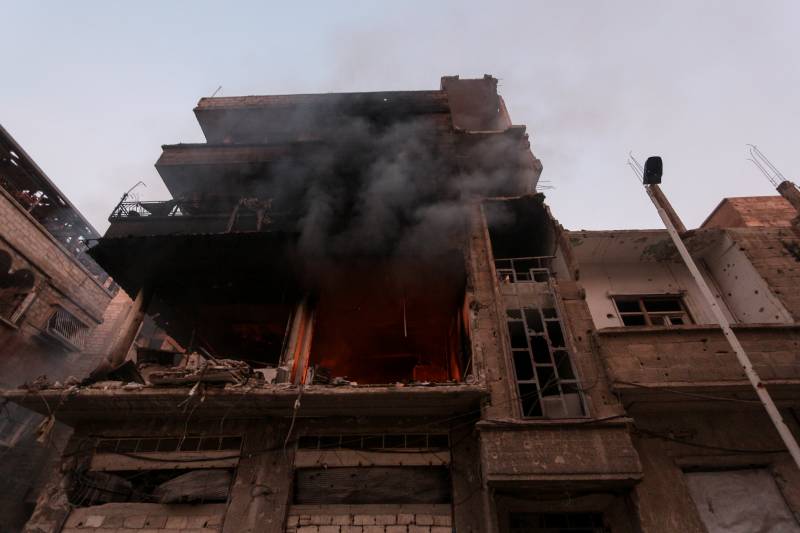 This is written by Moritz Baumshtiger and Frank Ninghuizen in a popular German newspaper. «Süddeutsche Zeitung». The very name of the material is curious: “Russian dilemma” (“Russisches Dilemma”).

According to the plans of Russian President Vladimir Putin, the co-authors indicate, on the old battlefields in Syria there should be a “break”. The bloody battles should not spoil the picture of the world on the eve of the presidential election, German journalists sneer. However, in their opinion, nothing “did not work out” for Putin: in almost all parts of Syria, hostilities again intensify.

And it is the case that even the “Russian forces themselves that Putin sent in 2015 to support ruler Bashar al-Assad” have now turned out to be “targets.”

13 drones were shot down even before they managed to drop explosives at Hmeymim airbase and the naval base in Tartus. This was reported by the Ministry of Defense of the Russian Federation on its website. It was said that no one was hurt. In the photographs, explosive devices looked like something self-made, created in artisanal conditions. However, politicians sitting in the Russian Federation Council have already declared that they are responsible for the attack ... the United States. For example, so says Franz Klintsevich, deputy chairman of the Federation Council committee on defense and security. He is confident that this action is “the work of the special services”, coordinated “from the United States”. Other Russian politicians also write about the fault of the "West".

Earlier, on the eve of the New Year, unmanned aerial vehicles dropped explosive devices over Khmeymim’s base, and only a few days later Moscow recognized that two Russian soldiers had been killed. According to the reports of the rebels, the co-authors continue, they also struck seven fighters, which the Russian army seems to have denied. This is not surprising: after all, in December V. Putin announced victory and the beginning of the withdrawal of troops from Syria.

As for the pre-New Year attack, we note that at the beginning of January, the Ministry of Defense of Russia called information about the destruction of 7 aircraft fake. In addition, it was said about the mortar shelling of the base, and not about drones. As a result of this shelling, two servicemen were killed. It happened December 31, after dark. In the message of the Ministry of Defense is indicatedthat "the Syrian security agencies are taking measures to search for and destroy militants involved in the attack, as well as to strengthen the security regime of the territory adjacent to the air base."

However, these are not all attacks. Another bombardment of the Russian airbase was made on December 27. The Pantsir-C1 anti-aircraft complex managed to intercept two missiles that were fired by the militants of the Free Syrian Army.

It is obvious that the war in Syria continues, and now the target is really the Russian forces remaining in the country.

Ctrl Enter
Noticed oshЫbku Highlight text and press. Ctrl + Enter
We are
The big press conference of Vladimir Putin
97 comments
Information
Dear reader, to leave comments on the publication, you must to register.