Strange war in Idlib: how Moscow was able to force the fighters of IGIL to work for themselves 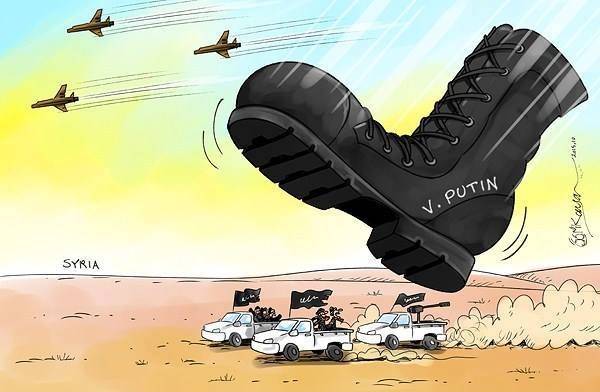 In Idlib for the third month there is a strange war. Former allies of IGIL and An-Nusra (banned in the Russian Federation) are fiercely fighting each other, while Moscow, Tehran and Damascus receive dividends. Meanwhile, the former militant ally, Turkey, looks at it with undisguised irritation and understands that it can do nothing. How does all this fit in with logic? Yes, everything is very simple really.

Already since 2014, the territory in Syria and Iraq, controlled by ISIL, has become a place where American fundamentalist mercenaries honed their skills and learned the art of war. Helping their “brothers” in Syria, they were preparing to return home in the future and become the nucleus of future terrorist cells in their territories.

Thousands of militants from Europe, Russia, Asia and Africa. All of them became the “alien war core” of the so-called caliphate.

Still, a significant number of militants IGIL recruited from the local. The Arab mentality, on the one hand, is a delicate thing (small details in behavior are very important and often become either the cause of diplomatic failures, or the basis of their success), but, on the other, simple as a sleepers (the east loves force and obeys those who show it) .

Whole tribes of the Syrian desert in 2014, one by one, passed under the banner of the "caliphate". At this time, ISIS quickly expanded its territory under its control, and many local tribes were forced to join it. They just wanted to save their lives and paid the blood tax. But some did it quite voluntarily and with a long-range sight. Part of the local "leaders" really wanted to secure a good position in the new terrorist "state" and could well count on it. 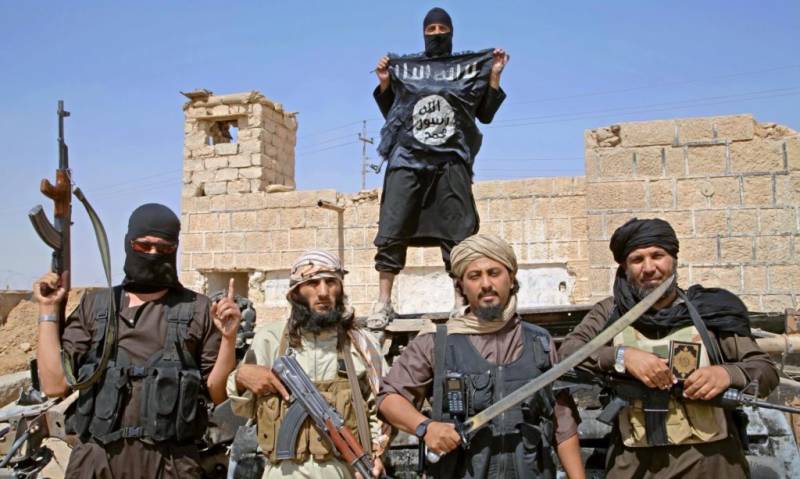 Everything was good for them, while the “caliphate” was strong, but the military fortune was changeable. The intervention of Russia and the subsequent defeat of the igilovtsy in central and eastern Syria put a dilemma before the unfinished desert rulers: either die with the “caliphate” or win forgiveness from the legitimate government ...

The ball of the Idlib contradictions

The start of 2017 for the Assad regime was alarming. On the one hand, in the war against the “opposition” and ISIS, there has been a clear break, and on the other hand, there was clearly little time. The United States completed the training and deployment of forces under the banner of the SDF. Not later than the summer, they were preparing to go on a large-scale offensive, the main goal of which was not only to “liberate” most of Syria and prevent government forces from entering this territory, but also to create a land corridor from Jordan to Kurdistan. This would sharply strengthen the position of both the Kurds and all other American allies in the region and would be a very painful defeat for the government forces and their allies.

The agreement with the militants in Idlib and other “moderate” enclaves concluded at the end of the winter 2017 of the year was a real gift of fate for Damascus and Moscow. Turkey, their former adversary, now an ally, was able to secure an armistice, which allowed them to "turn off" significant forces of the "opposition" for six months. Thanks to this, Assad was able to concentrate his forces against ISIS and inflict a quick and decisive defeat on them, thus preventing the implementation of American plans.

In July, a coup took place in Idlib 2017, as a result of which the Hayat Tahrir ash-Sham group, formed on the basis of the former Al-Nusra, came to power instead of the fully-controlled Turkey’s Ahrar al-Sham militants.

Less than a month later, Idlib’s militants, in order to somehow support their igil “brotherhoods,” launched a concentrated offensive in the region north of Hama on the US command. 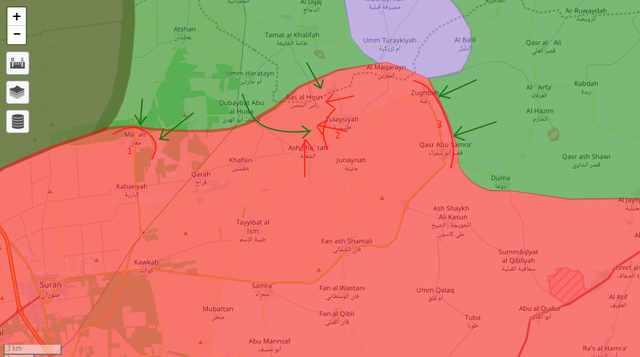 It was repulsed with great losses for the attacking side, but in August the CAA had enough problems with ISIS, and therefore the “truce” violation got away from the militants. Meanwhile, already then it became clear that without a military operation against the militants of "Tahrir" the civil war in Syria could not be completed.

But how to start it, if after the August provocation the "moderate" were quieter than water, below the grass? And then there was a job for those local ISIL militants who had long and stubbornly defended the Ackerbat Cauldron. The situation for those, as we have already understood above, was rather scrupulous. But, judging by the events that followed later, the parties were able to find a solution that satisfied everyone.

In the last days of October, a small aspiring gang of ISIS from the Akerbat boiler “broke through” through the positions of the CAA and, with a swoop, was able to beat off three villages from the “Tahrirites”. Large forces of local militants were thrown against them, but, contrary to expectations and logic, the “Caliphate” not only were not defeated, but also launched a large-scale offensive against their former comrades.

And the war, which was further conducted in this area, was very strange from the very first days. The units of IGIL and parts of the SAA, being near, did not notice each other and furiously beat the common enemy, pursuing it often together along parallel roads, passing literally several kilometers from each other. 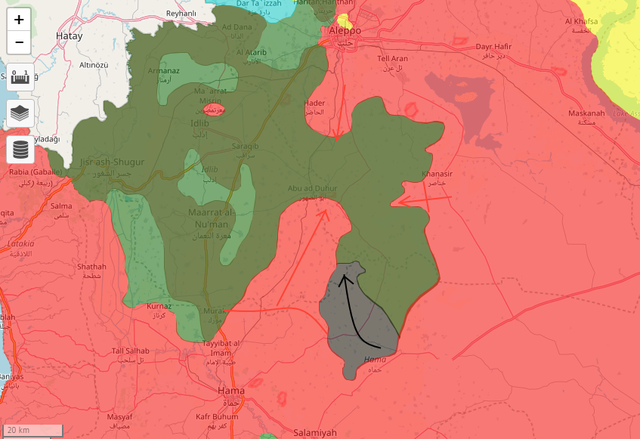 At the same time, ISIS, having no back and no sources for replenishing drugs and ammunition, was able to recapture the territory of 20 * 40 km from Tahrir residents, in which dozens of settlements are located. At the same time, part of the territory originally occupied by it “surrendered” the government army without fighting (!!!).

This is what gave the CAA a reinforced concrete reason for intervention, which she did not fail to take advantage of. And later it caused understandable concern in Ankara, which Moscow and Tehran in this simple way deprived of future influence in northwestern Syria. And in Washington, which understands that the Assad army today destroys its last trumps. But the United States can do nothing about it, unless it is openly outraged and threatened ... But the most offensive for the Americans is that Moscow and Damascus used to achieve the result of the ISIL militants, which Washington created in its time for completely different purposes.