"The drone is not the most difficult goal for the" shell " 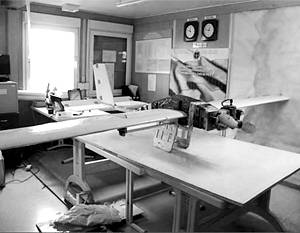 The drones that attacked the bases in Tartus and Hmeimim were artisanal crafts of militants without the use of Western technology, the Pentagon says. Is such a version about the origin of unmanned aviation the Ahrar al-Sham group and how effective is the anti-drone protection at Russian bases in Syria?


The attack by UAVs on the Khmeimim base by the Russian military was most likely organized by militants from the Ahrar al-Sham group, based mainly in the province of Idlib. The grouping is banned in Russia, according to experts, enjoys support from Kuwait, Qatar and indirectly from Turkey. On the involvement of "Ahrar al-Sham" to the unfortunate raid on Tuesday reported sources of the publication "Kommersant".

Base VKS Hamim, we recall, last week was subjected to mortar fire. According to the experts of the newspaper VIEW, this attack of militants from the ground revealed gaps in the “second ring” of the defense of our base.

The failure of the new attack from the air was ensured by the work of the Pantsir-S anti-aircraft missile systems. According to the Ministry of Defense, "Pantsiri" shot down 7 from 13 unmanned aerial vehicles heading to the Hmeimim airbase and to the base in Tartus. The six remaining drones were lowered to the ground — the Russian electronic warfare subdivision intercepted the external control of these aircraft and landed them outside the base.

The same message emphasized: "The engineering solutions used by terrorists ... could only be obtained from one of the countries with high technological capabilities for providing satellite navigation and remote control of dumping professionally assembled improvised explosive devices (IEDs) in designated coordinates."

The name “one of the countries” was not indicated, but the Defense Ministry immediately responded to the statement by the US military. "Extremists from the IG * and other groups use drones that are available on the open commercial market," said Pentagon press service spokesman Adrian Rankin-Galloway. “These systems are widely available and easy to control. They certainly do not require substantial technical expertise, ”he emphasized.

The fact that the use of combat drones by jihadists does not mean that they receive technology from western countries, military expert Anton Lavrov told the newspaper VIEW. "Components can be obtained from developed countries, but now it is not difficult for anyone to buy and assemble a drone," he said. “Now, kits, both Chinese and American, are widely available commercially for assembling their own unmanned aerial vehicles.” It is not necessary to purchase a UAV assembly, it is enough to buy components on eBay or on Chinese AliExpress, Lavrov believes.

“On the basis of such sets, anyone can make such a drone using satellite control and other control systems. Very advanced equipment is available, including even for UAVs with a range of several tens of kilometers, ”said the source.

The editor-in-chief of the Arsenal of the Fatherland edition, Viktor Murakhovsky, also believes that kits for assembling such devices can be easily bought anywhere in the world:

"Order via the Internet, deliver, bring."

“Those UAVs that tried to attack our bases have recognizable details,” Murakhovsky said in a comment to the VIEW newspaper. - This applies to an aircraft model engine, for example, the airframe, tail, wings, servo drives - “all these are commercial products that you can easily buy as part of the so-called whales (from the English kit - kit, kit - note). house to collect, "- said the expert.

The ability to control drones by GPS and the range of action "are not related to high technology," Murakhovsky is sure: "We use GPS anywhere ... What prevents you from putting GPS on a drone?" Absolutely nothing".

For longer range, you need more fuel. Usually, the GPS coordinates of the object are acquired at the starting point, and then it flies “on the machine, you do not need to control it,” the source said. If, however, managed, just bought a more powerful aircraft model transmitter, which operates at a distance of several kilometers. Its power, according to the law, is limited within 1 watts. But if you put the 10-kilowatt amplifier, it will work on any line of sight. And if you raise the antenna to the height of 100 meters, it will also work at a distance of 200 km, the expert said.

Military expert, editor-in-chief of the magazine “Arms Export” Andrei Frolov has a different opinion. "Of course, there are many drones that are sold in any store," - said the expert in an interview with the newspaper VIEW. However, as noted by the Ministry of Defense, those UAVs that tried to attack our bases can be controlled by GPS, and in addition, they have a long range - in the 50 – 100 km region. “You can't buy this in the store,” the expert stressed. To control the UAV at this distance, there must be appropriate equipment, he added.

Difficult but affordable target for the Panther

Regardless of the origin of the militants ’unmanned technology, the use of drones against Russian military facilities was a fiasco. "The drone is not the most difficult goal for the Pantyr, but still quite small," emphasizes military expert Andrei Frolov.

The Pantsir complexes have already demonstrated their capabilities; this is not the first time that they knock down various objects: drones and multiple launch rocket launchers (MLRS), Murakhovsky noted.

Yes, there are difficulties with the intelligence system. Objects such as UAVs, mostly non-metallic, there is plastic, foam. They are very difficult to detect by radar stations of any air defense systems. Hope for optoelectronic devices remains, the expert explained. Such on the "shell" is, so that the "shell" can work on such goals as the UAV. “But their work will be mostly cannon, because the thermal radiation from such objects is also small,” said the source.

However, we have a development: "With combat units of missiles that generate a powerful electromagnetic pulse, you can work on them quite effectively," concluded the expert.

Where is the landing?

"But the main work was done by electronic warfare systems that suppressed the communication channels of this drone," said Andrei Frolov.

Cases of such a "soft landing" of enemy drones are not uncommon and occasionally receive wide publicity. Especially when it comes to intercepting UAVs, manufactured in a clearly non-artisan way. For example, in October 2016, the Iranian military space forces of the Islamic Revolutionary Guards Corps (IRGC) published a photo of the captured American drone MQ-1C.

At the same time, the Iranians demonstrated a new model of their own UAV called the Saege. The device turned out to be “suspiciously similar” to the American drone RQ-170 Sentinel (captured by the Iranian military in 2011 year).

The militia of the Donbass republics, for example, have experience in intercepting and landing enemy drones. So, in September last year, representatives of the People’s Militia of the LPR reported about the Ukrainian drone reconnaissance mined "in fully working condition" (assembled in Kiev from Chinese components). Although, as Alexander Zhuchkovsky, a representative of the Center for Unmanned Aviation of the DPR, noted in an interview at the VIEW newspaper, this “rarely happens - there is a good defense system on UAVs used by the Ukrainian armed forces; "Land" them is not so easy. " More often, Ukrainian drones just shoot down - which was reported in the military leadership of the DPR and LPR in October and November.

Ctrl Enter
Noticed oshЫbku Highlight text and press. Ctrl + Enter
We are
Military reform as an integral part of the security concept of the Russian Federation: Systematic dynamic assessmentWho will be the next victim of destabilization in the Middle East?
27 comments
Information
Dear reader, to leave comments on the publication, you must to register.