"Funny bears" against the traps WADA. Series next

January 11 2018
28
Hacker group Fancy bears published another batch of revelations. This portion of questions is related to the report of the notorious Richard McLaren, who announced Russian athletes in the mass use of doping, and even with state participation in the "improvement" of the doping system in the Russian Federation. I think it is not necessary to remind that hundreds of Russian athletes from both summer and winter sports have become victims of information and doping intrigues. Even Paralympic athletes who were not allowed to participate in the Paralympic Games-2016 in Rio became a victim of the World Anti-Doping Association.


Paralympians announced that they had used allegedly illegal drugs, and those that were on the list of prohibited (“purely by chance”) just a few days before WADA’s activity regarding Russian sports.

On the Fancy Bears website, where numerous disclosures have already been published, including disclosures about the use of doping “by a doctor’s certificate” by numerous Western athletes, material has appeared from letters from international sports and near-sports officials.

Information is also provided on the initiative of one of the officials of the US Olympic Committee, Scott Blackmoon, to empower WADA with special powers. Blackmun, who is the executive director of the United States of America, said that the IOC should be deprived of the rule over WADA in order that the World Anti-Doping Agency itself could at any time initiate and carry out inspections of athletes "for cleanliness". 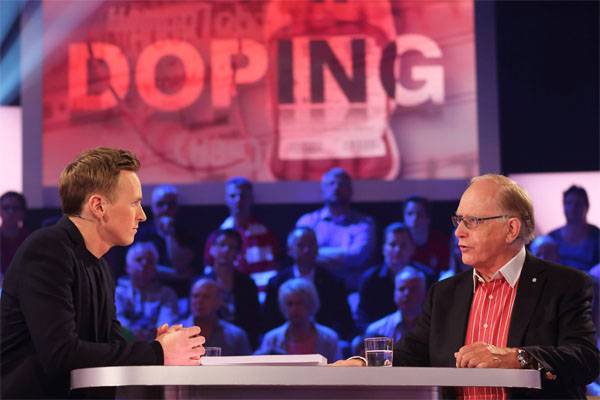 Representatives of the hacker group spread in the mode of general access information that in the team of Richard McLaren mentioned was a representative of a law firm, which is affiliated with the Federal Bureau of Investigation (FBI) of the United States. The name of this representative is also called Richard Young, who, reportedly, is also closely associated with the British special services.

Based on the materials received, including the personal correspondence materials of the members of the International Olympic Committee, Fancy Bears concludes that the main battlefield is between Anglo-American and all other officials in the world of sport. In particular, it is noted that the system of the struggle for the so-called “cleanliness” in sports has been turned into an element of the smoke screen for Western special services, solving the problem of expanding control in literally all spheres. The field of sports, which at all times had political overtones, is no exception. And taking into account what means are “spinning” in modern sports, control over this huge machine, by definition, can also have a significant economic effect. In particular, the activity of those who dressed up as a fighter for “fair play” is aimed at him.

From Fancy Bears:
The purpose of his (McLaren) investigation was by no means a fight against doping, but a desire to belittle the IOC and raise WADA. Maclaren, excluding the Russian national team from among the participants of the Olympic Games, executed a political order to discredit the Olympic movement itself.

In general, hackers from Fancy Bears did their best. They got access to the correspondence of IOC officials, exposed the links of McLaren and his team members with the intelligence services of the United States and Britain, brought to the clear water those Western athletes who could use doping "prescribed by their doctors."

However, the main question: what does all this give ... for Russian sports ... to restore justice in relation to the Russian national team? The desire of hackers to convey the truth to the public is a good thing, and for this Fancy Bears a big (personal) thank you, because they (albeit, to put it mildly, not completely legal methods) performed important journalistic work. But for some reason it is hard to believe that after the next publication of this group, the same IOC will begin to draw conclusions and clear its ranks from those who solve corruption problems on the committee, tasks that discredit Olympism itself. It is hard to believe that the so-called international community will strike his forehead with his hand and declare: well, as before, we haven’t seen all this - EFBA members in the ranks of the WADA special commission and the Norwegian “asthmatics” biathlonists with certificates to allow them to take drugs that are banned in sports.

Excuse me, but it's really a shame for the power here. Why? Maybe, I’m forcing you, but still, one small example: in the demilitarized zone, they agree on equal terms with the ministers Kim Jong-un - they agree that the DPRK team, at least in a narrow composition, arrives in Pyeongchang. Well, please, Kim ... Let the DPRK team come, well, let it be ... ...

Now let us recall how they “spoke” with our officials at the IOC meeting - not that there was no handshake following the results - our Olympic officials were put out at the door before discussing the participation of the Russian team (in the form of the Russian team and under the symbolism of Russia), including a whole vice - Prime Minister Kicked out with the subsequent result: come in white rags, if they themselves are not disgusting ... They will come. Not disgusting ...

It is clear that the original message is different. But for some reason there is a feeling that our bureaucracy has lost its sense of personal dignity (if it was present). None of them wrote statements on their own, apparently, believing that the guilty ones are running around somewhere, but the guilty ones cannot be attributed to him. Everything in its place, someone at all went on increasing.

It seems that only the guys from Fancy Bears are trying to find the truth ... But it is not really interesting for the really responsible people. The main thing - the feeder and a special status with a blue flasher on the roof.

Ctrl Enter
Noticed oshЫbku Highlight text and press. Ctrl + Enter
We are
America vs Russia: Doping WarsRussian sport "in neutral status", or WADA against RUSADA
28 comments
Information
Dear reader, to leave comments on the publication, you must to register.